A few images from a late afternoon visit to the patch yesterday. 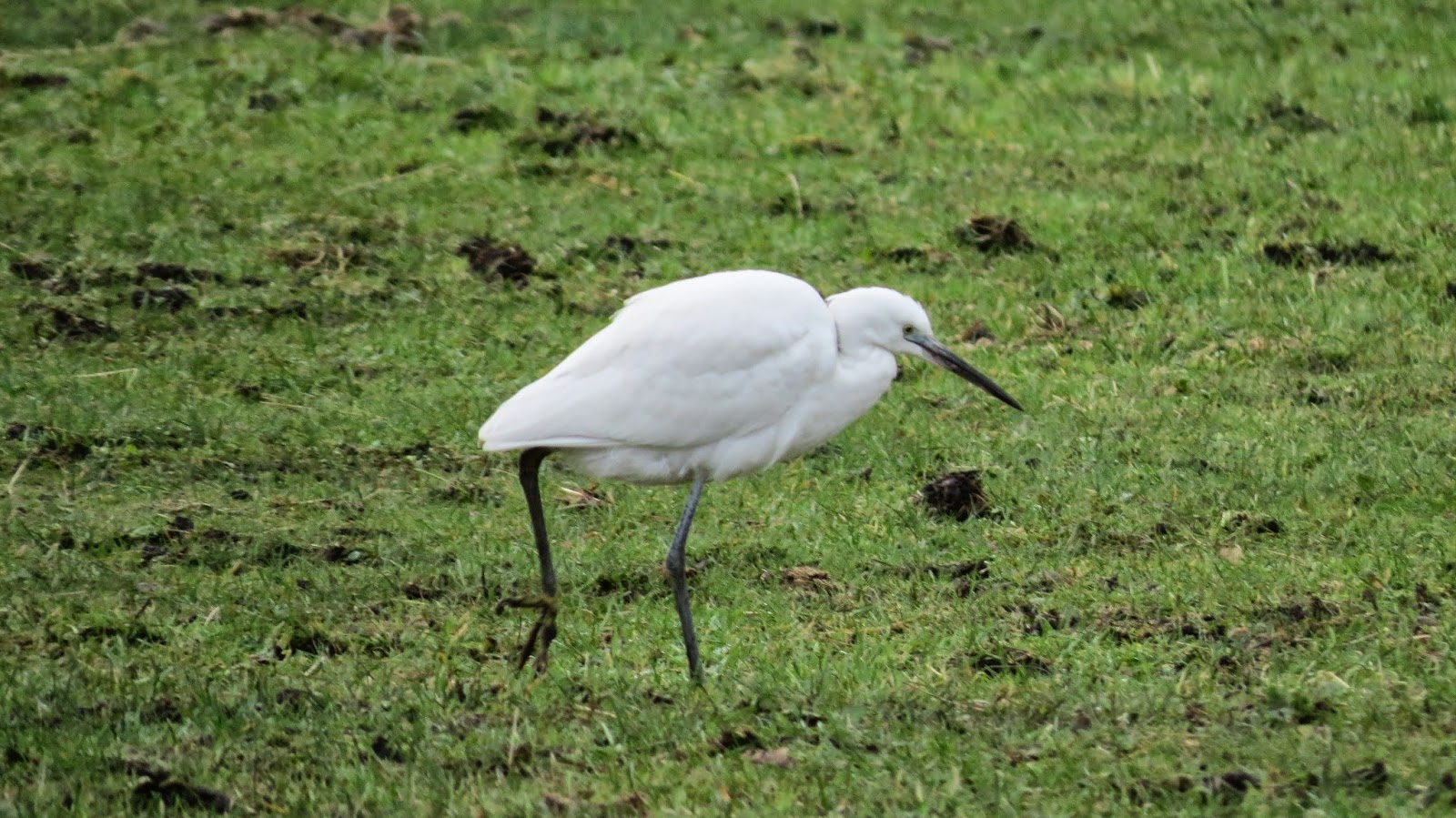 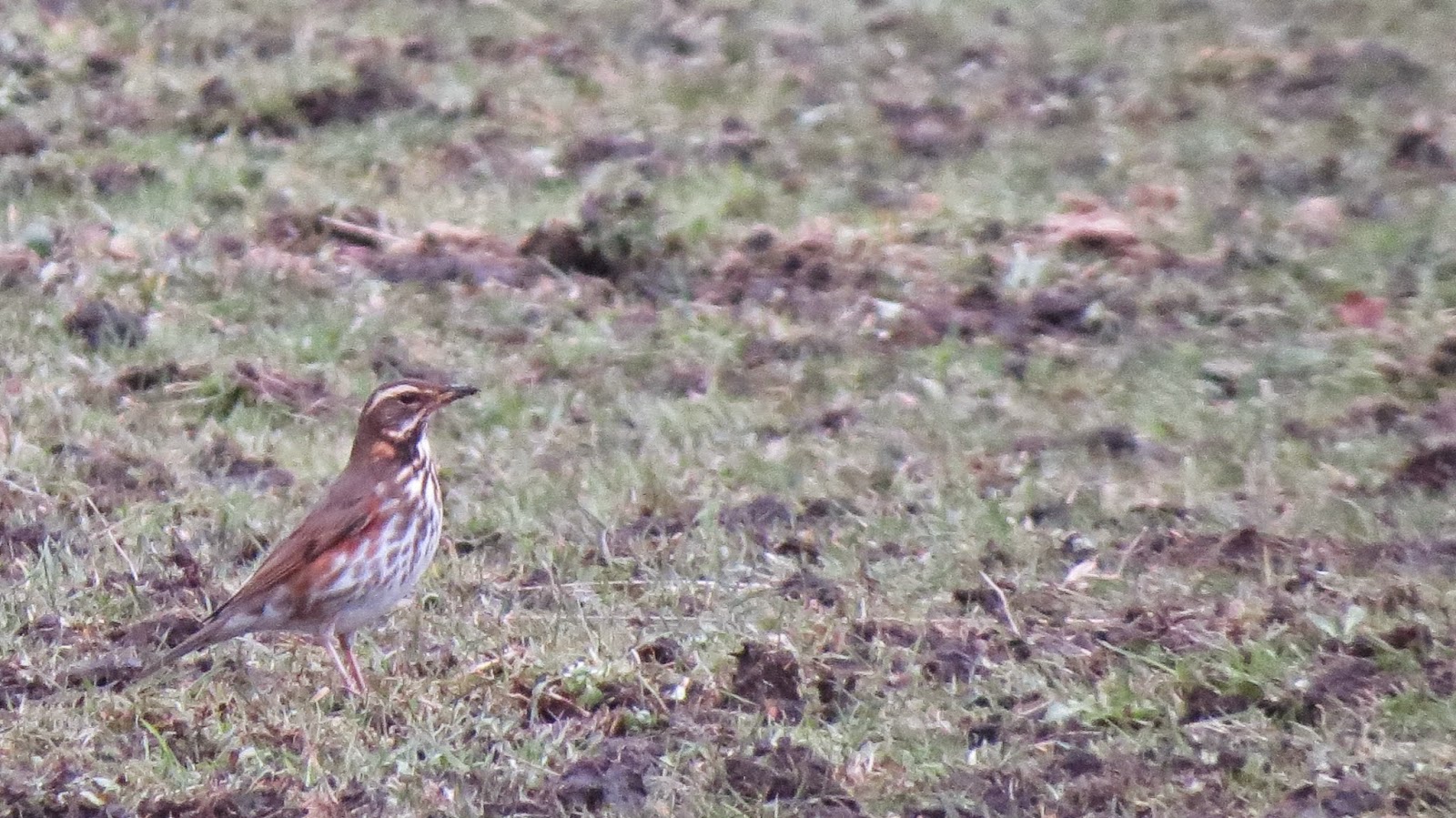 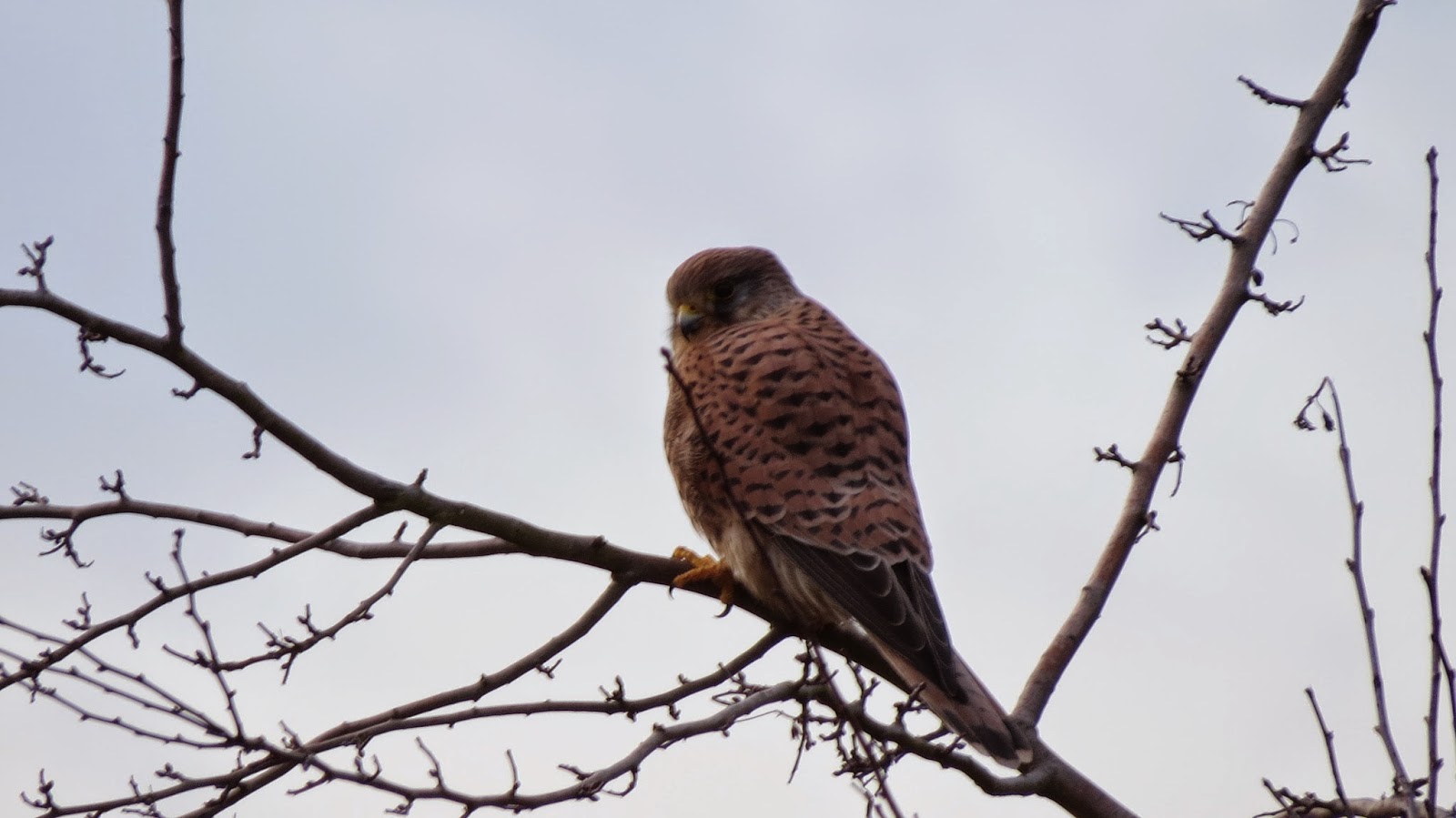 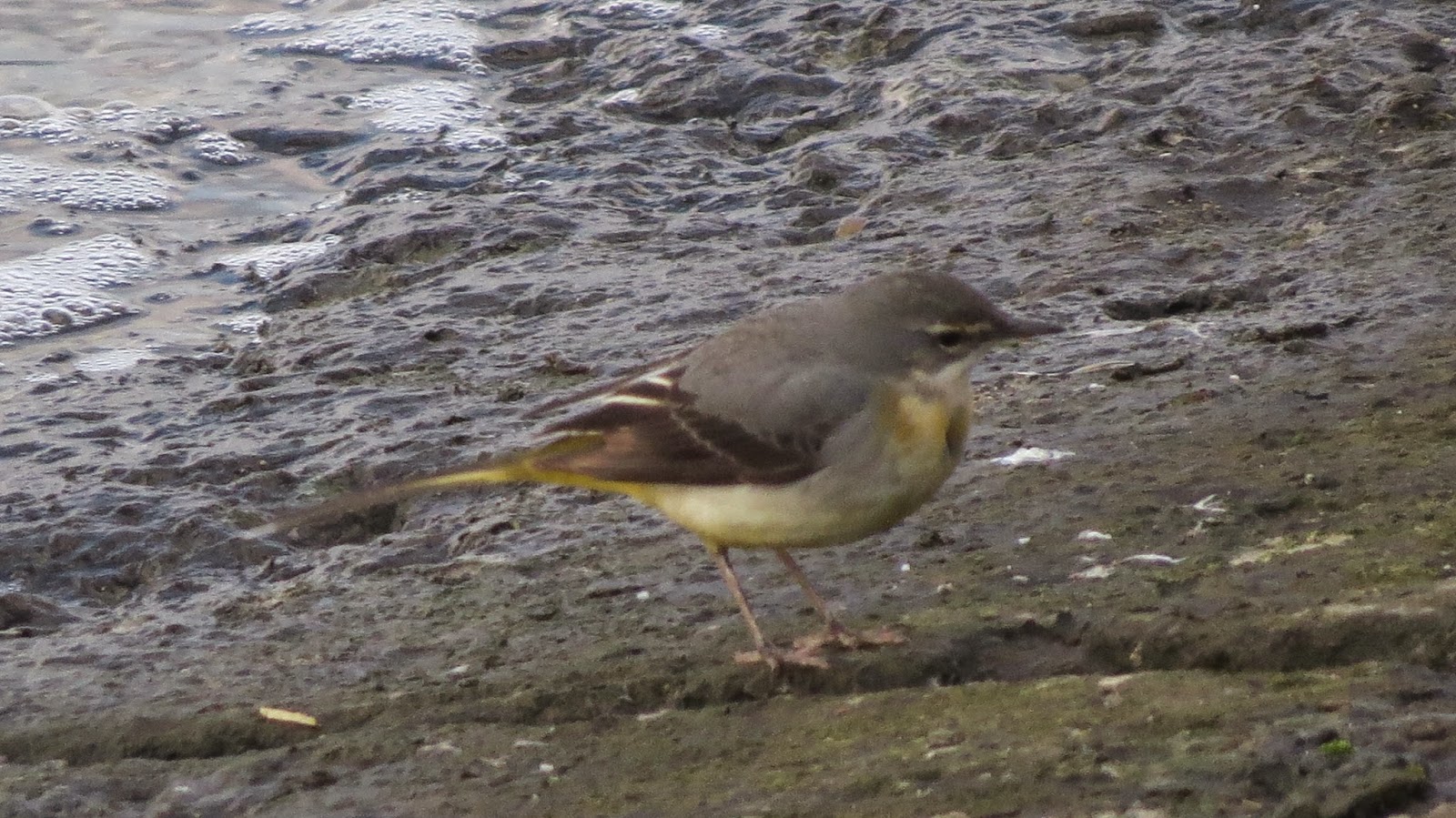 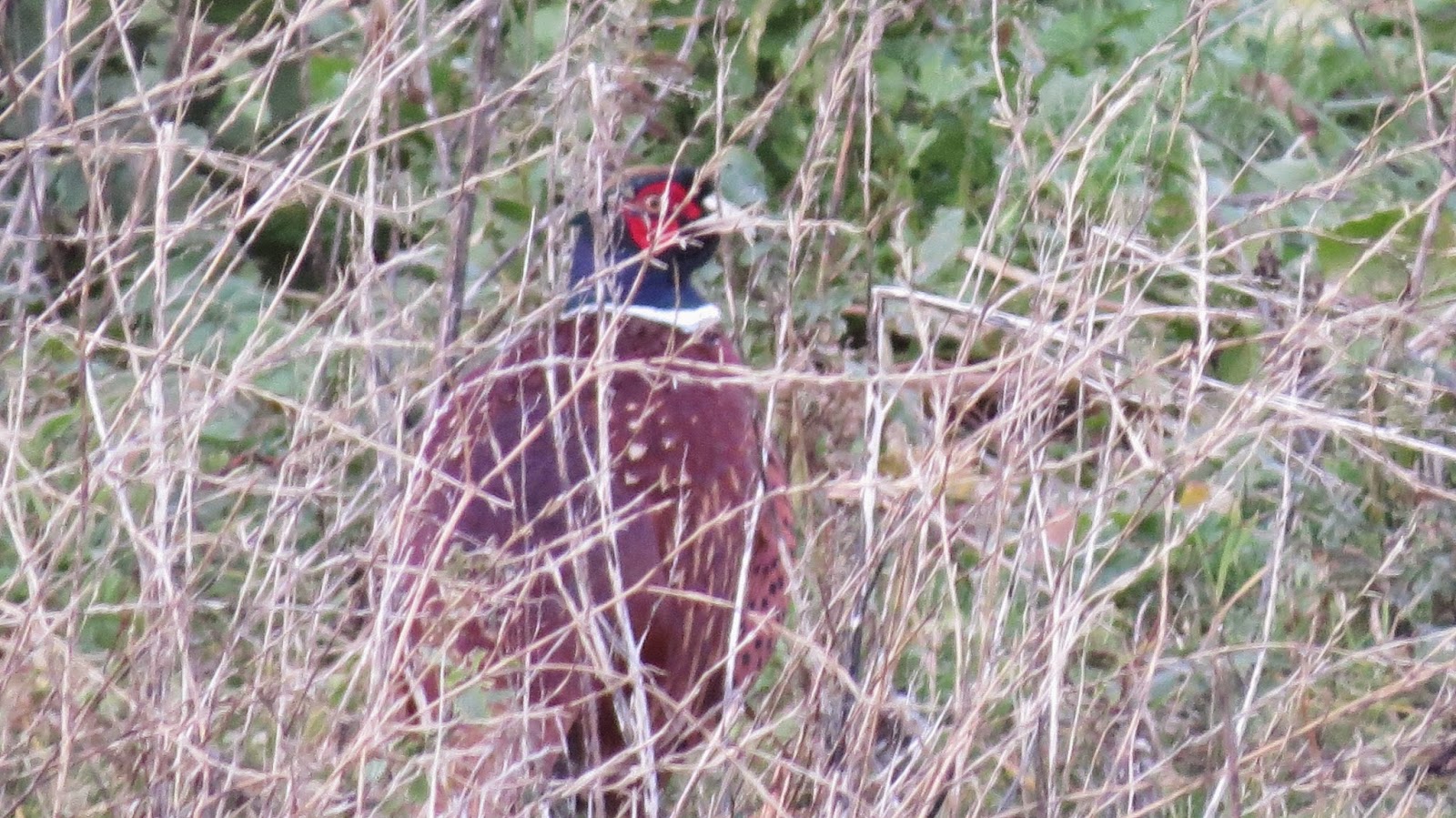 The two 1st winter drake scaup were on the East warrick. 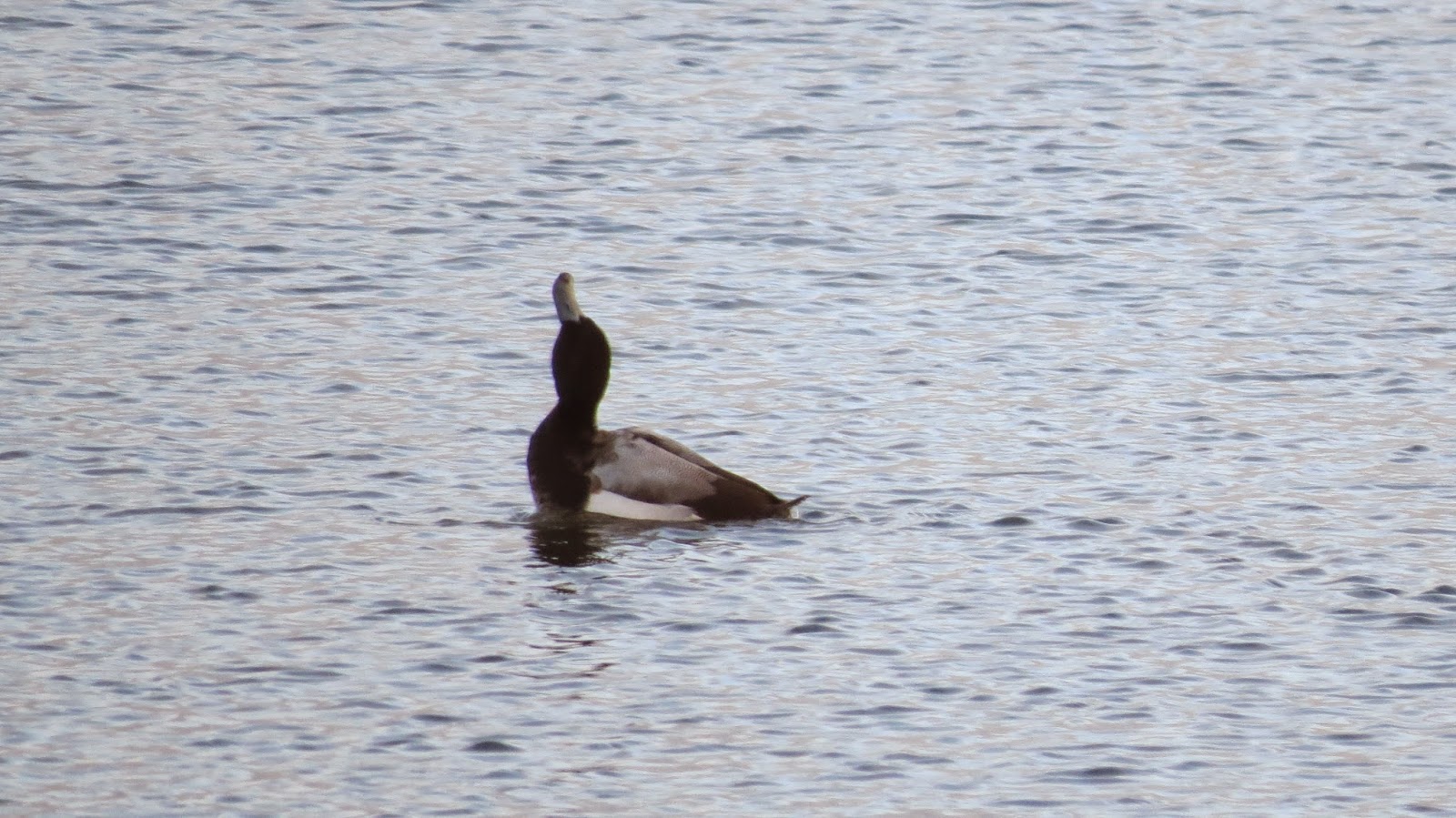 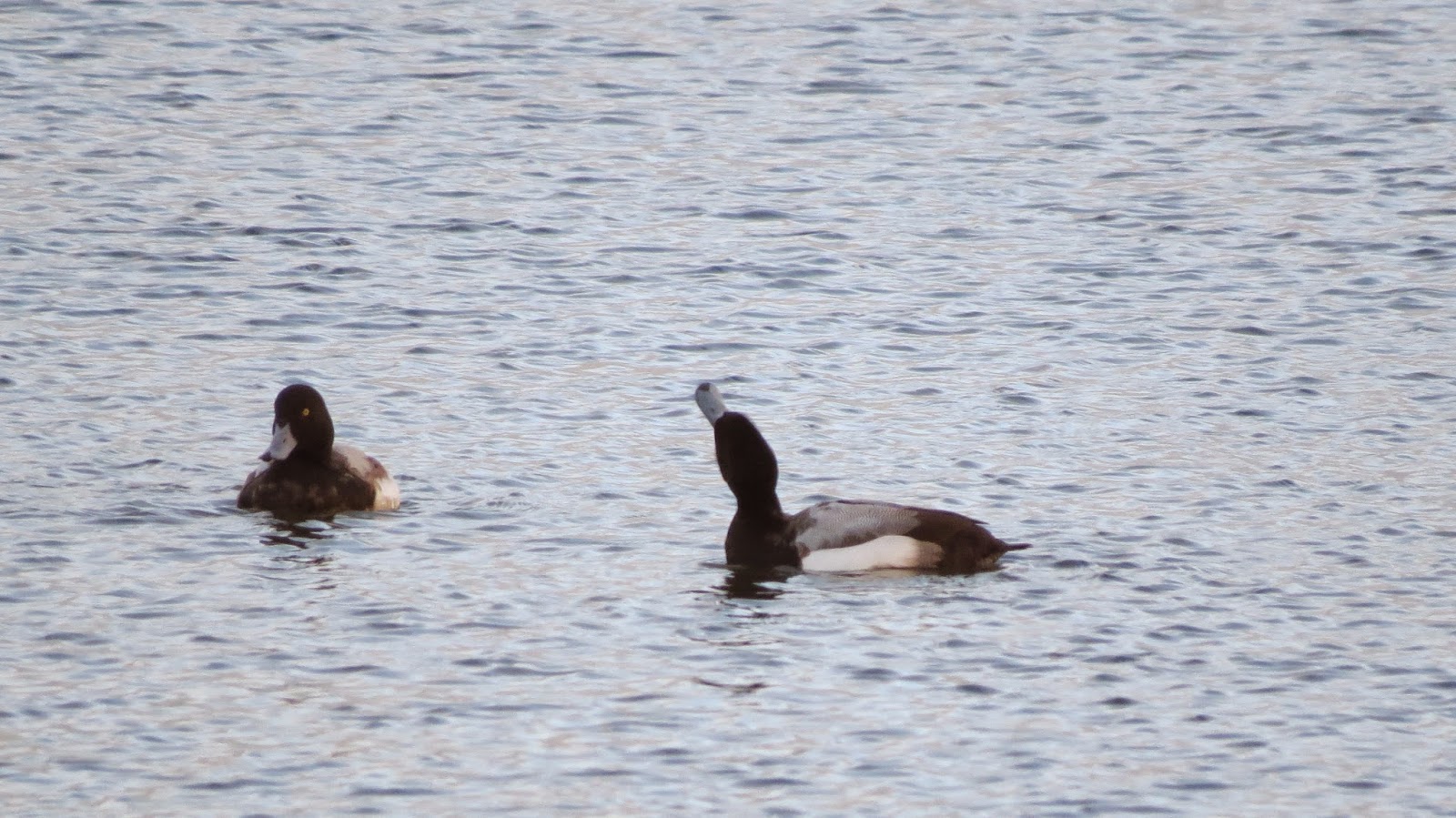 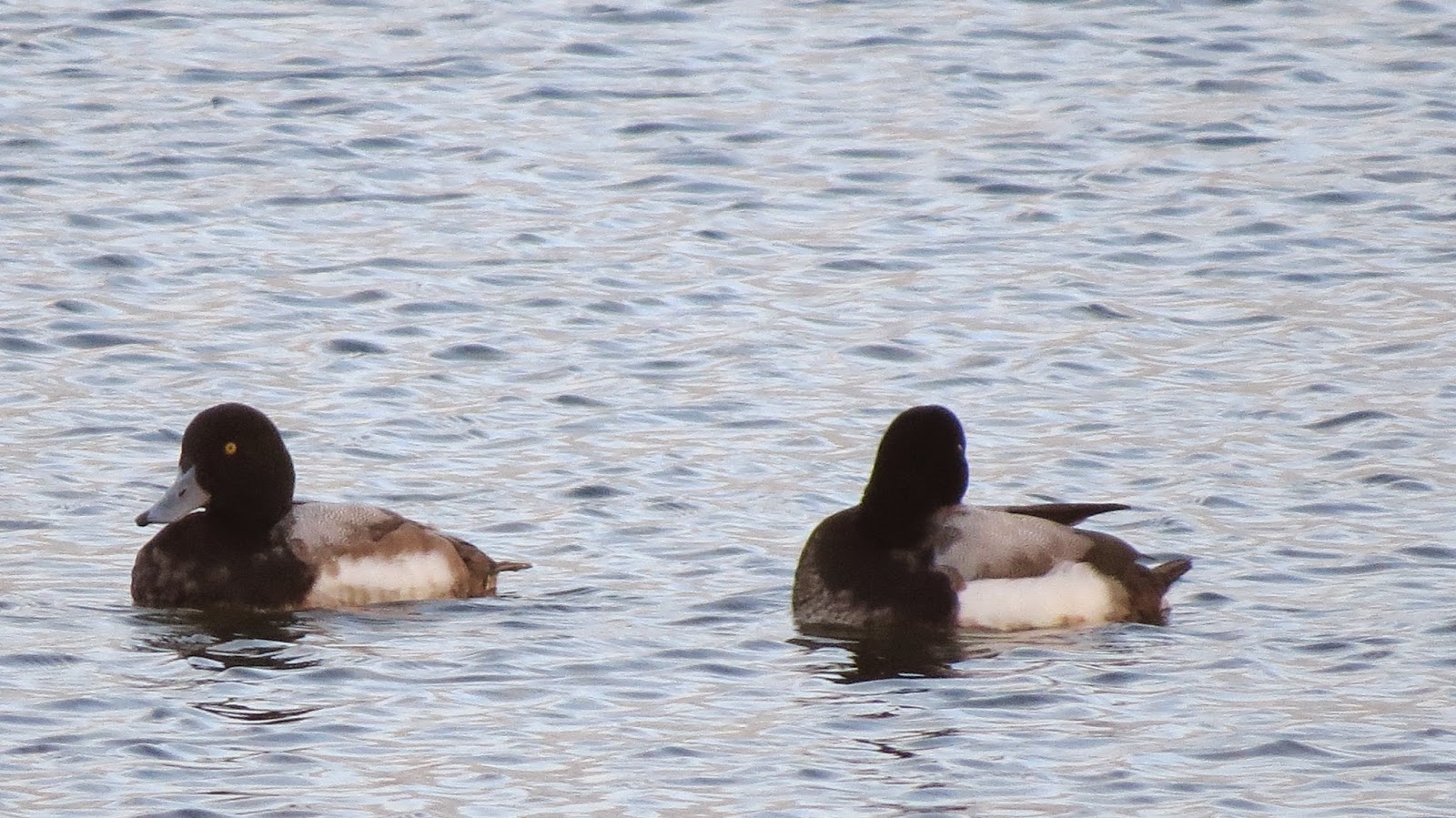 Jamie Partridge
@jarpartridge
Posted by Walthamstow Birders at 11:45 No comments:


Posted by Walthamstow Birders at 11:56 No comments:

It's a Numbers Game

Well this beats actually getting cold over the patch. I thought it would be interesting to see what the cumulative patch lists looked like over a five year period, (I could just about muster enough records to do this, don't ask for any further back!) so after quite a bit of searching through the London Wiki, London Bird Reports etc. Here it is, just scroll up to the next post, or if you're tired click here: The last five years

Not so shabby, 188 species. 114 of them annual, many more nearly annual. 22 species recorded only twice in five years and 25 only recorded in one of those years. Amazingly 26 species of Wader, just think how many more could have been seen, or how many of those 26 may have lingered, if we had a proper scrape to hold them!

Let me know if you spot any glaring omissions.

Sort of whetted my appetite now, I'd better go and have a look and see if I can see some actual birds...

PW @birdingprof
Posted by Walthamstow Birders at 11:31 No comments:

A missed connection at Blackhorse Road meant a planned afternoon at Rainham was scrapped in favour of an unexpected second weekend visit to the reservoirs. It allowed me to test out the discussed group strategy - given PL's ability to find everything that turns up - of not bothering to look for birds ourselves and just following him around on a Sunday. I can report the strategy is good but you really need to man mark him for best results. We met up on East Warwick where the two immature Scaup were continuing their tour of the reservoirs. Pete reported that the adult Scaup was still on Lockwood while a pair of Stonechats remained on West Warwick.

I went off to fail to see the Cetti's Warbler which was also recorded by MM on Monday while Pete went round No 5 and 4. By the time we met up, he had seen the first Wigeon of the year on No 5 and had a Mediterranean Gull fly north over him on No 4. I must have been able to see him when he found both birds. The Med was a winter adult so was not yesterday's bird but may well have been the same one he had at Lockwood last Sunday. We had a look for the Wigeon which a fisherman had flushed on the other southern reservoirs but there was no sign. On the plus side, I did add Pheasant to my Walthamstow year list .....
DB @porthkillier

Posted by Walthamstow Birders at 18:52 No comments:

I went down to the old pitch and putt course next to the WaterWorks in the hope of finding Skylark (as the place seems to have developed into ideal habitat for them), or possibly even a Little Owl.

Neither were there. I did flush a flock of around twenty Meadow Pipit, while I walked through the meadow. And then I flushed a Mike M, who pointed me in the direction of two Goldcrest.

Went into the WaterWorks and flushed two Kingfisher - oddly in the filter bed with the board walk.

I spent a bit of time trying to photograph the tit flocks, before heading over to the paddocks to find our Little Egret with an identity crisis was still mooching about, trying to work out if he's a horse, magpie or fieldfare.

Posted by Walthamstow Birders at 15:51 No comments: