A Little of what you fancy...

Having finally managed to see a Rook on a pre-work  jog around Lockwood last week, I was up to 99 species for the year at the reservoirs and, with a whole day free, was hopeful of cracking the 100 three months earlier than 2015. I kept my hopes modest with Hobby, Little Ring Plover or, if I was very lucky, Black Tern appearing the likeliest candidates. Even these seemed over-ambitious as I walked around Lockwood  which only held a single Common Sandpiper although a Lapwing flying south and the first Kingfisher I have seen for a couple of visits kept interest going.

As I ambled along, I got a flurry of messages and phone calls telling me that Pete L had found a Little Tern on West Warwick which prompted a rapid change of pace. Arriving out of breath, I found Pete watching it with the Common Terns, having thankfully failed to see his text telling me it had flown off, something we found out it would do regularly only to return. Little Terns are not only rare on the patch - this was the first since May 13, 2009 - and uncommon in London but usually don't hang around for long. So this three-hour stay gave several regulars including Jamie P who took the pictures and Gary the chance to join me and add it to our patch list. Sadly, it finally departed just minutes before the Prof made it down...... 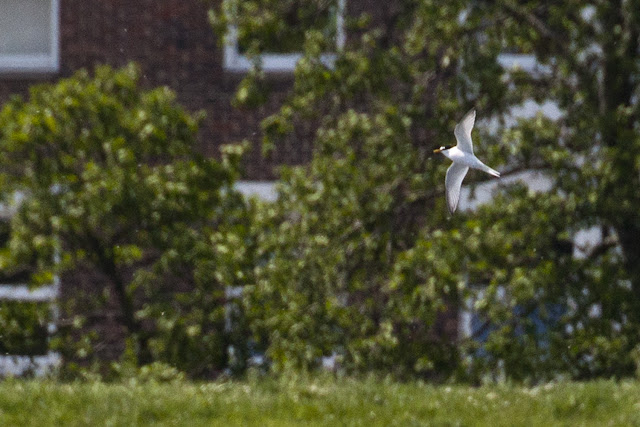 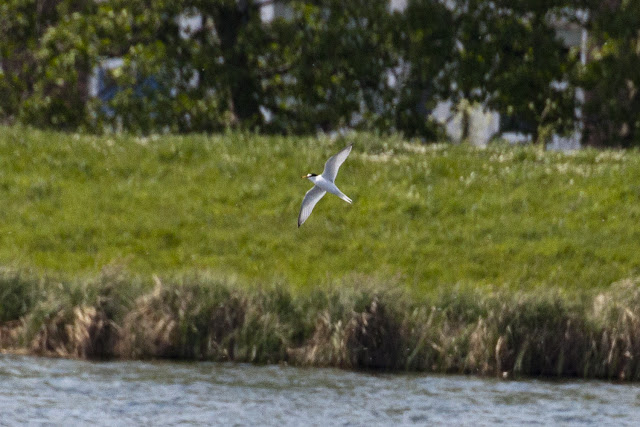 He did, however, catch up with the Oystercatcher - the third in recent weeks - which we first saw while watching one of the Little Tern's forays flying towards the island on East Warwick. It later flew down past us calling and seemed to head towards the new delights of Wild Woodberry before returning and landing back on on the island again. Another first for the year, and my first ever at the reservoirs, was a Grass Snake which crossed over just in front of us on the railway side of East Warwick and into the longer grass on the water's edge. 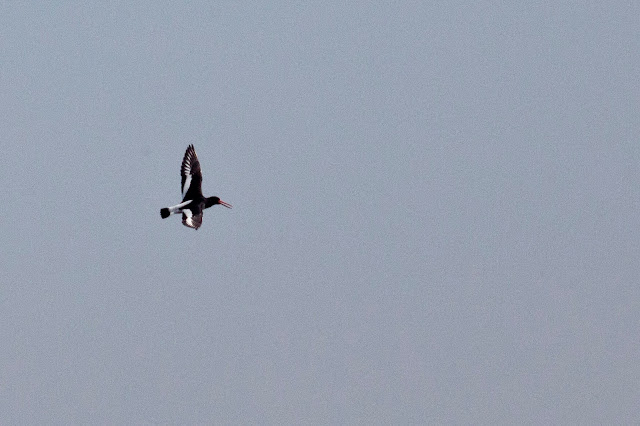 We have had a good run with terns recently with both Black and Sandwich seen during the week and Jamie finding an Arctic - pictured below - yesterday with the Commons on West Warwick,  Lol and I went to celebrate with our first visit to Wild Woodberry since it stopped being called Stoke Newington Reservoirs. The habitat created was very impressive, the cafe and coffee excellent and there were hundreds of people enjoying the reserve and sunshine. I think it is safe to say that with Walthamstow itself due to become a London Wildlife Reserve by this time next year, that a Little Tern next May is likely to find itself watched by rather more than the eight of us who enjoyed it today. 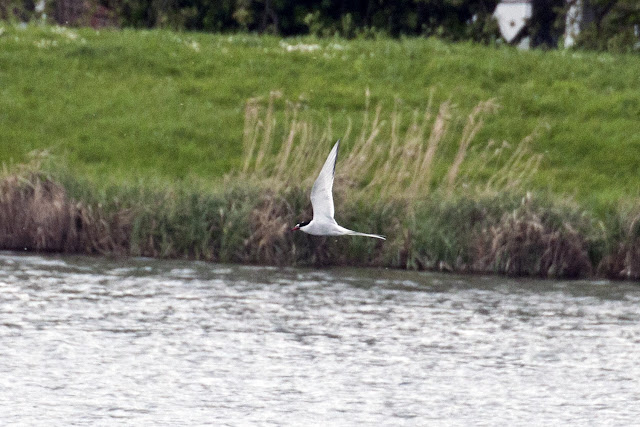