It didn't look very promising as Lol and I had a morning walk round the reservoirs. There was, perhaps unsurprisingly, no sign of passage and a distinctly lower level of bird song. Nor did we catch a glimpse around Lockwood and the top field of the Hobby which neither of us have seen here this year. But as we were sitting down at the top end of East Warwick discussing how we were going to keep ourselves motivated during the doldrum period of June and July, Lol saw a duck appear from the bank beyond the hide and said: "That looks a lot like a Garganey".... and indeed it was. It was in pretty tatty plumage but clearly a drake, perhaps an adult going into eclipse plumage. That seems very early but I noticed that some of the Tufted Ducks are already losing their full summer finery. It stayed loyal to the east bank - pretty much exactly where I had the last one a fortnight ago - feeding close to the edge although Davey L also saw it fly off to the island when he came down art lunchtime. Otherwise just a fair number of Common Terns around on the north reservoirs and Warwicks and a Peregrine sitting high up on the usual pylon. Lol forgot his camera so the only shots are from my pocket effort which make the bird look even shabbier than it actually was. 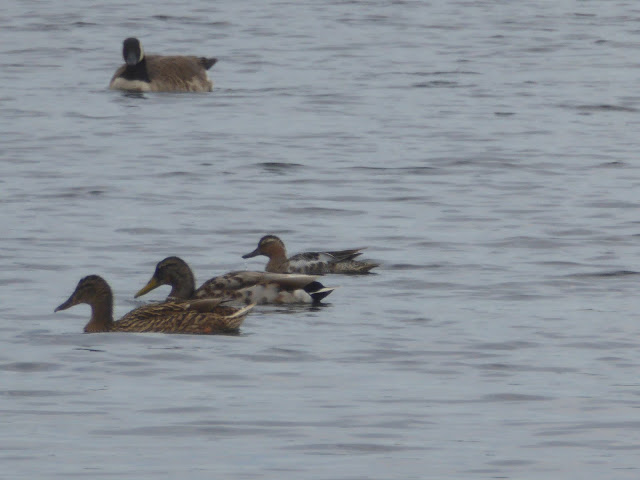 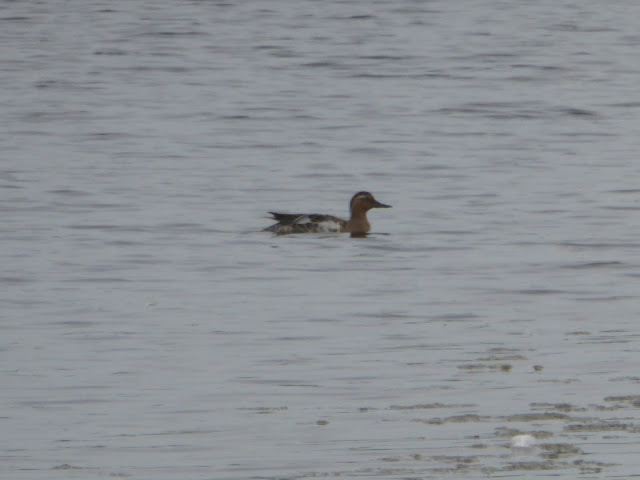 Posted by Walthamstow Birders at 15:21