A day off and a cold bright morning got me in the mood for the patch. And with little else turning up locally and being  perhaps  one of the only* birders on the patch that likes gulls (not an expert by any means but really interested !) I thought I would thoroughly check the gulls at the filter beds. Although views are always through a mesh fence, and I associate it more with large numbers of black-headed and common gulls, there were surprisingly lots of large gulls congregating on the grass and sat on barriers surrounding the water bodies. Mainly herring and Lesser Black backed but I counted at least 20 great black blacks of differing ages throughout the day.   No sign any Med gull, and all commons gulls came under scrutiny for Ring billed characteristics with no luck.

After an hour or so nothing of much interest had come in when I noticed a large, slightly darker saddled adult Herring gull,(not the bird pictured below) Heavily streaked around the head and eye in comparison to most of ‘our’ herring gulls starting to get very white headed. The primaries were obscured at first but eventually showed a long white tip to p10 , large mirrors on p9-7 and less black in the wingtips than Argenteus. I know the further north this subspecies are from the darker backed and whiter winged they get, I have seen them at the tip with very little black in the wing at all. My camera had run out of juice so i headed to the studio.

Not exactly the most exciting gull session but still inspired me to charge my camera and returned after lunch in case more gulls dropped in on their way up the valley to roost. This led to a couple of interesting  white headed, contrasty  black+ white tail patterned 1st winter birds but they stayed distant and the light was fading.  The one pictured shows some signs of 1st winter argentatus , but with slightly knotched tertials seemed abit small and ‘cute’ for yellow legged and bill wrong for casp…. Dunno .!! 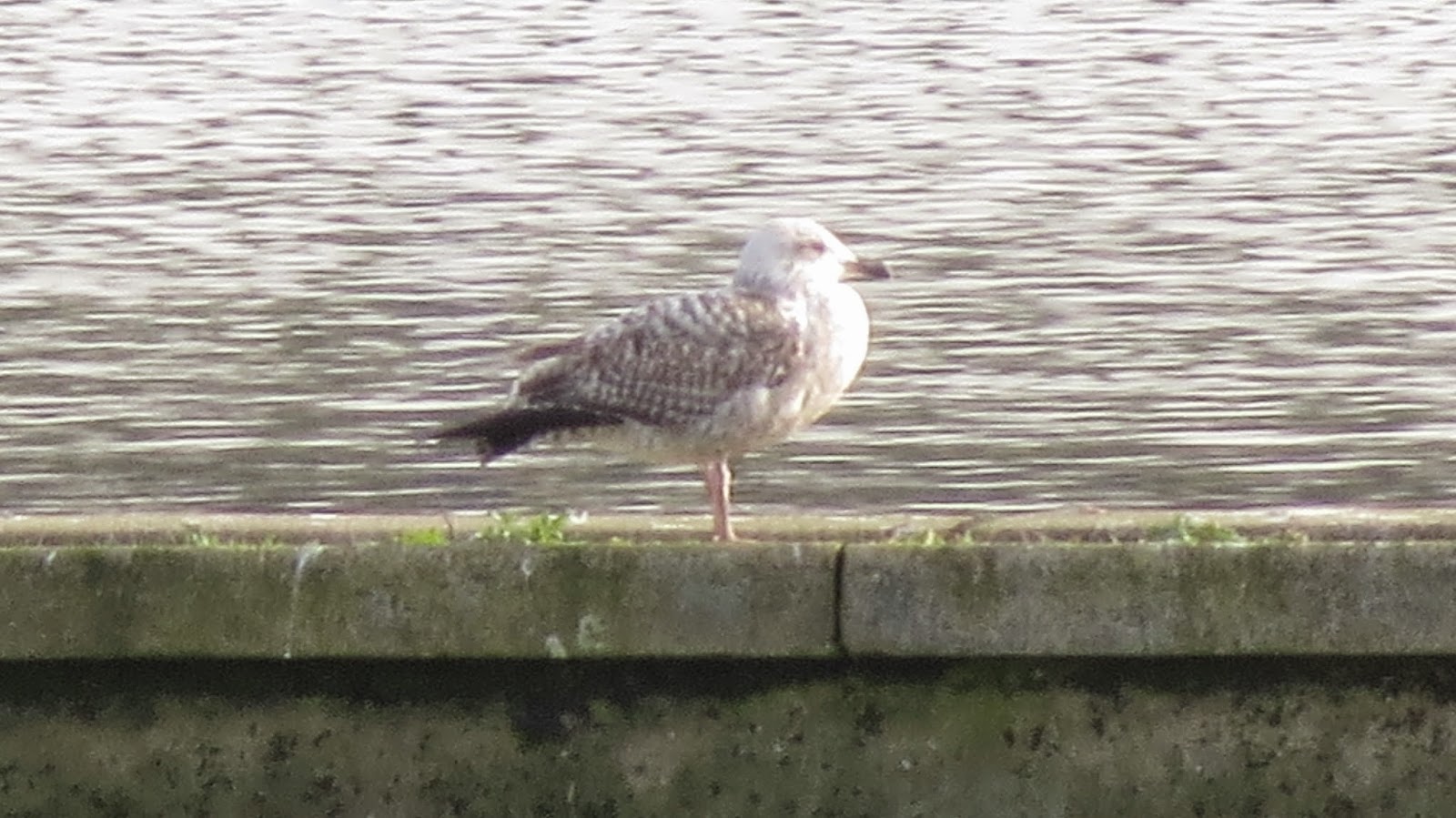 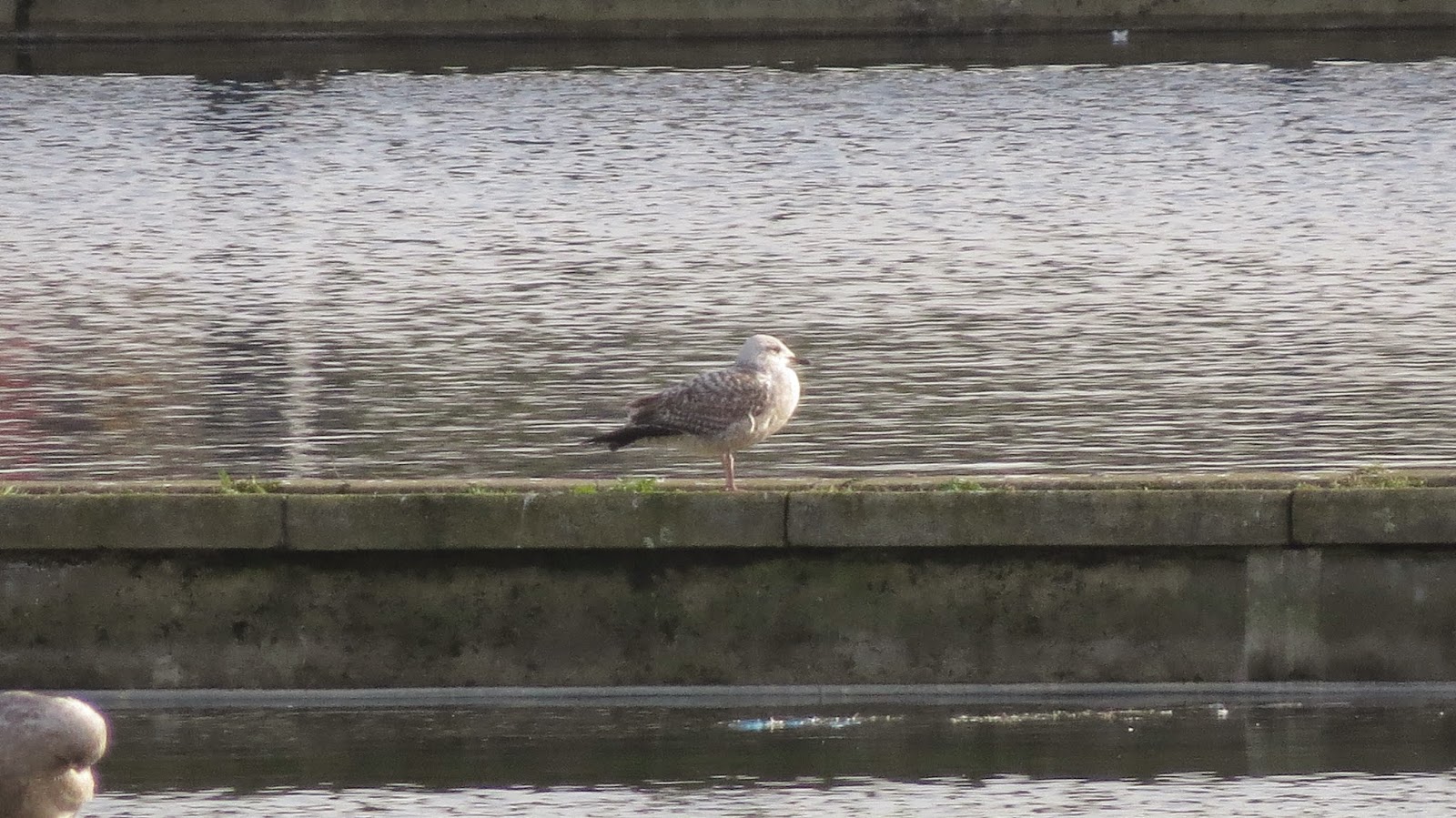 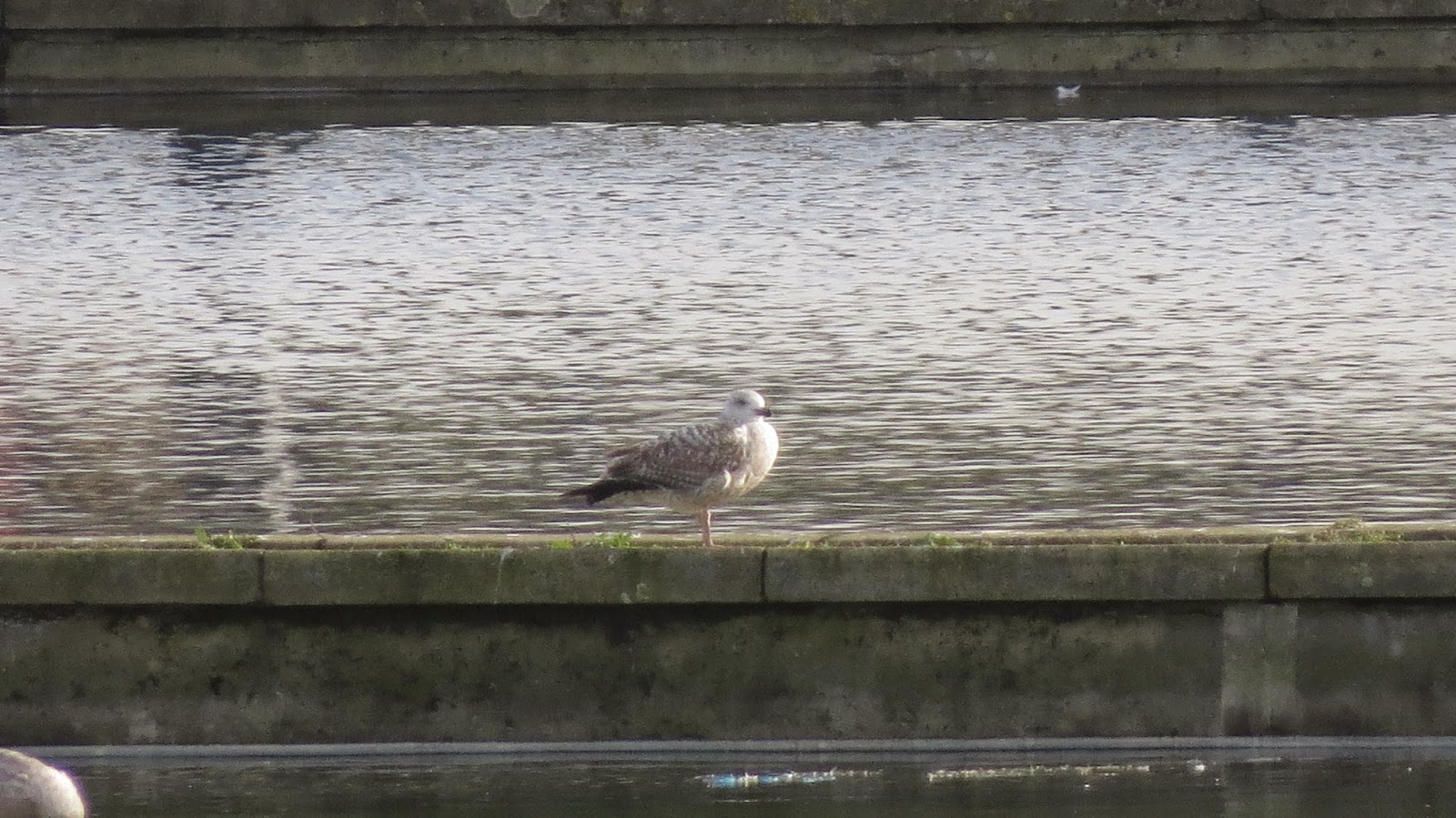 A new species for the patch list 2015 in the form of a Lapwing was on the grass baks of the filterbeds when I returned. 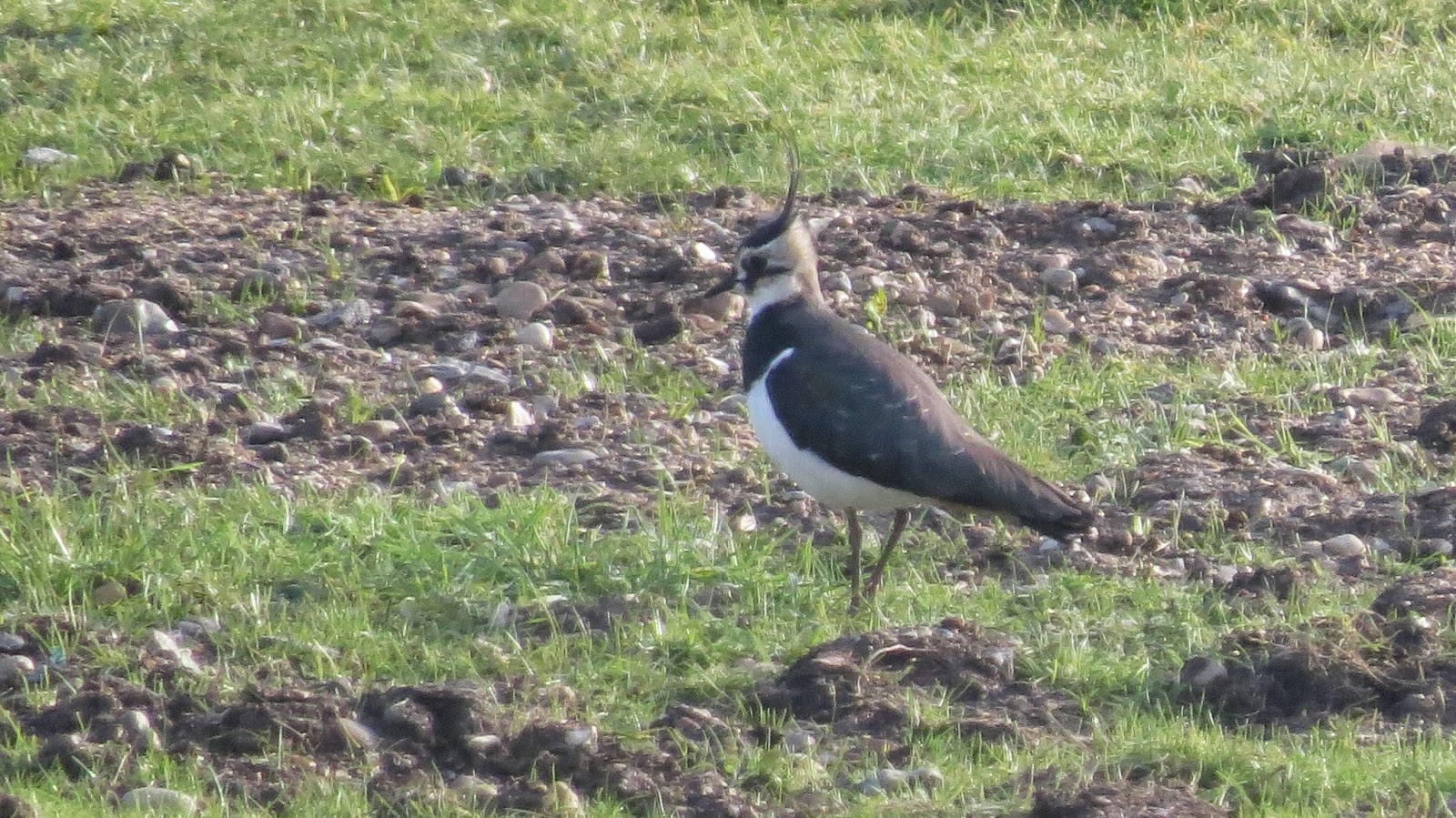 *kind of kidding but not really
Posted by Walthamstow Birders at 18:10