Three patch year ticks for me!


A Fairly quiet start on the paddocks and bomb crater field with a few Fieldfare over and a chiffy being the only notable birds. I headed for the areas of thicket that surround the west of the filterbeds, where a Bullfinch had been seen/heard recently. As soon as i had walked under the railway and away from the noisy works taking place in the underpass, i picked up a soft melancholic call. A Bullfinch, Calling regularly, i spent ten minutes looking for the bird with no luck.
A few minutes later i was up on the "raptor watch point" ha! and not long after a Common Buzzard drifted into sight, headed north. I struggled with the camera and cannot for the life of me get it to focus on distant black spot in the sky . (anyone got any advice using manual focus on a canon sx50 hs please lemme know!)

The bullfinch began calling again from the field that borders coppermill lane and i was able to connect with it and take a few record shots.  A few alarm calls from a near by tit flock made me look up and see another large raptor against the cloud directly above me. Bins up, Boom! It was a Marsh harrier! Boom again! The first i've had on the patch since autumn 2009. The bird performed nicely for me, Soaring and losing/gaining height for about 5 or 6 minutes It appeared to be an adult female, on the grounds that by now i would thought that a first winter male might have some grey in the wing and good light showed it to be particularly clean dark bird with little cream colouring. I might be wrong though...

A couple of minutes later a paler Common Buzzard than before gunned west over .

Three golden eyes (1 drake) were on number 5 and thats that.

I wont post my attempts at photographing the raptors (just blue) but heres my shots of the female bullfinch...cowfinch? 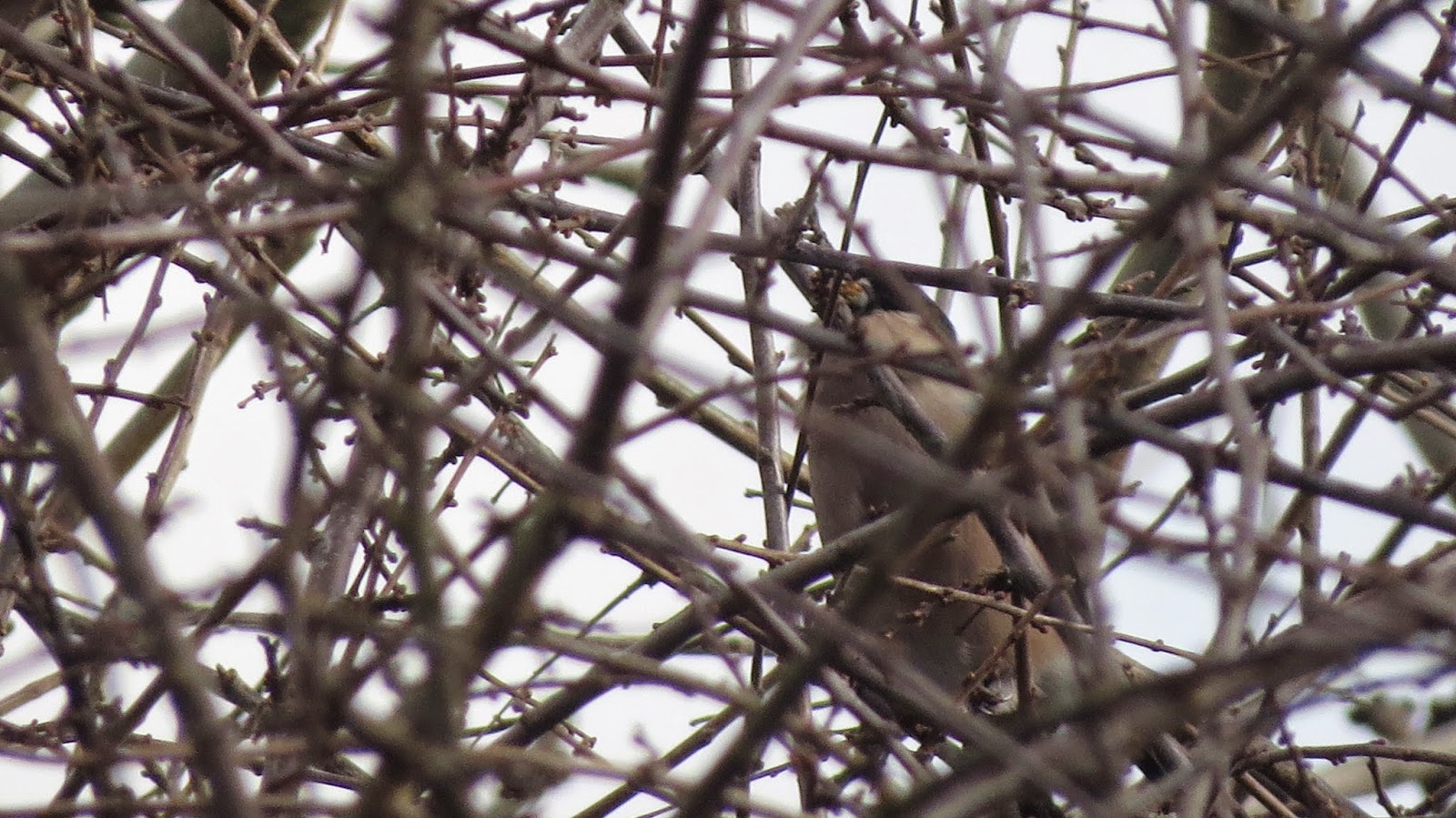 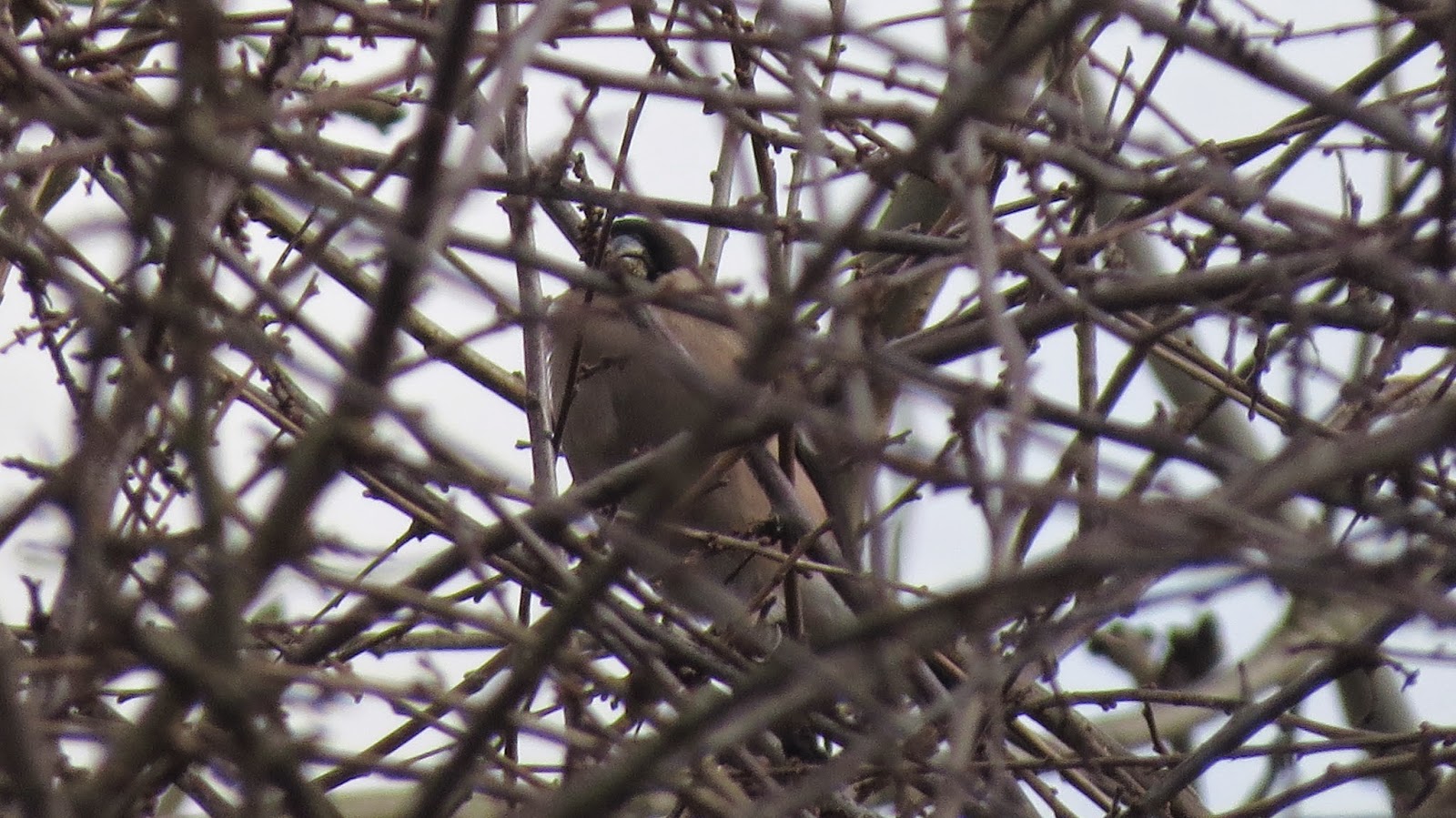 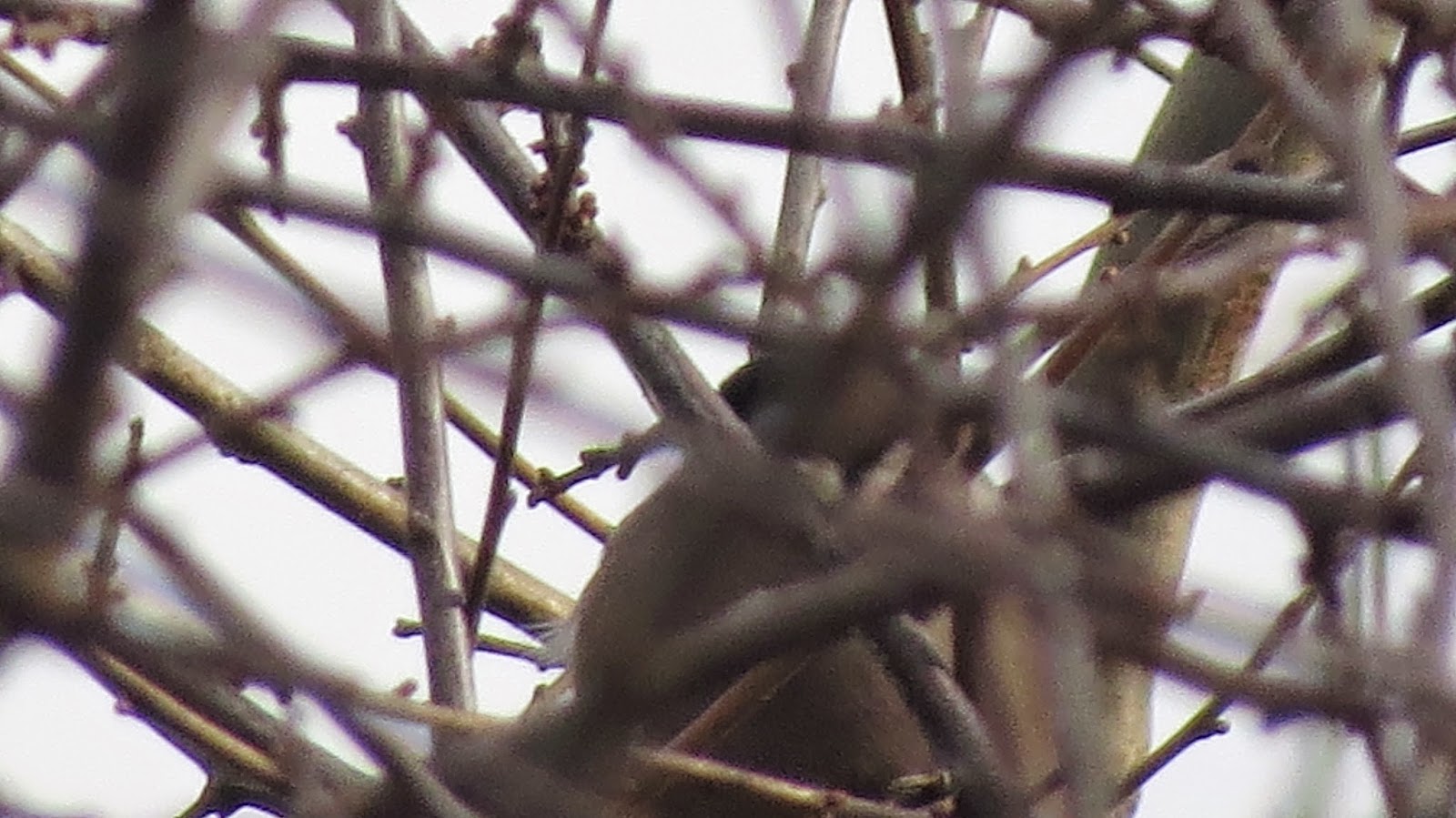 oh god they're bad, but you can kind of tell yeah?


Posted by Walthamstow Birders at 18:21