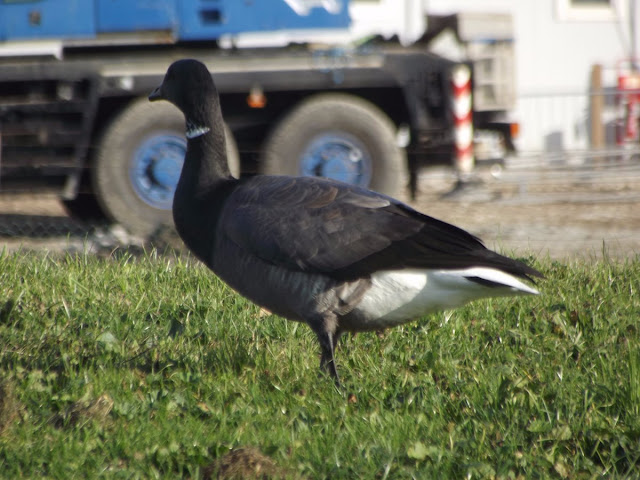 If September was disappointing, then October was surprisingly good. Last year, the last new bird for the entire annual patch list was added on October 8. This year, seven new birds for the reservoirs alone were recorded after that date including a first ever Hawfinch.  Although the Hawfinch, Pink-footed Geese, Short-eared Owl, Siskin and Redpoll were fly-overs, Brent Goose and Water Pipit both joined the crowds on the second weekend after the Wetlands opening.  The month could have been even better with Bullfinch and Brambling- on the Wild Marsh East immediately to the north of Lockwood - and Ring Ousel and Woodcock - on Walthamstow Marsh just to the south - agonisingly close to the reservoirs. The additions take to 137 species recorded on or above the reservoirs this year.


Sunday the 29th was a red letter day with both Pink-feeted Geese and Brent Goose - neither of which are seen annually - recorded. SF had the Pink-feet flying SW over Lockwood early in the morning but the Brent Goose, first found by PL, joined the loafing Canada Geese on High Maynard for at least a couple of hours. It wasn't seen next day. Neither was the drake Mandarin also seen on the 29th on No 5 and No 1 which was only the second record for the year. Wigeon have also been very scarce but a pair were seen on the 18th. Five Red-crested Pochard were found on the 28th on East Warwick. Shoveler numbers on the same reservoir fell sharply during the month but whether that is just seasonal ebb or flow or because of the increased disturbance including from joggers and cyclists misusing the walking only path round the top only time will tell. 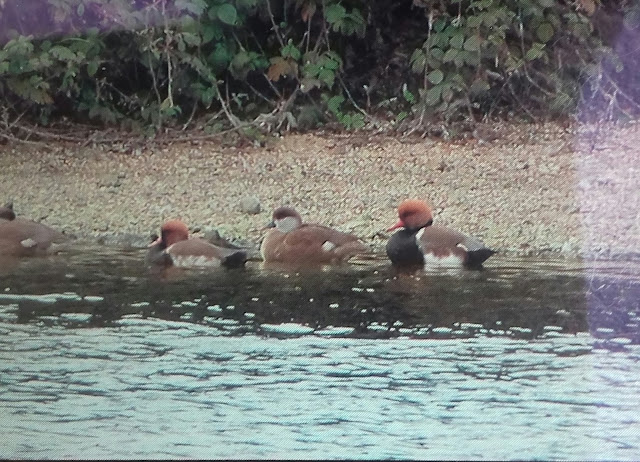 A drake Scaup was found by PW on Lockwood on the 18th. Unlike the regular wintering bird - which usually arrives around the end of November and remains for a couple of months - this one only stayed for the day. The first Goldeneye of the winter was a female on the 29th. 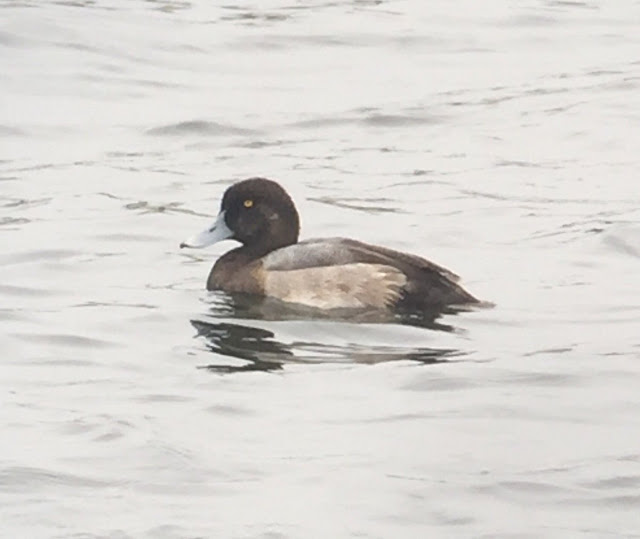 Four Black-necked Grebes turned up on Lockwood on the 20th to celebrate the first day of the Wetlands with one staying and showing very well until the end of the month. They winter in reasonable numbers on the Girling just to the north but don't often make the short flight south. A pair of Peregrines continued on the pylons with the blue tag on the new female showing it was raised in the West Country. 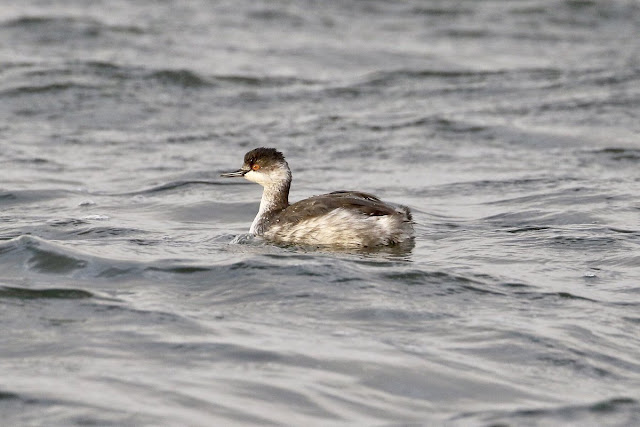 The low levels on Lockwood continued to hold little attraction to any passing waders. There was a Redshank on the 5th and a Dunlin  on the 18th with seven Lapwing  next day and one on the 24th. Both Green and Common Sandpiper now winter on the reservoirs and there was a Green Sandpiper on the 20th with up to two Common Sandpipers on High Maynard or Nos 4 and 5. A Woodcock which was picked up in a car park at Liverpool Street was brought to the reservoirs on the 30th and released at the top of No 1 where its camouflage made it hard to pick up even when you knew where it was. After much soul-searching, it has not been added to the year list as it definitely didn't arrive under its own steam. A Snipe was seen on the 24th. 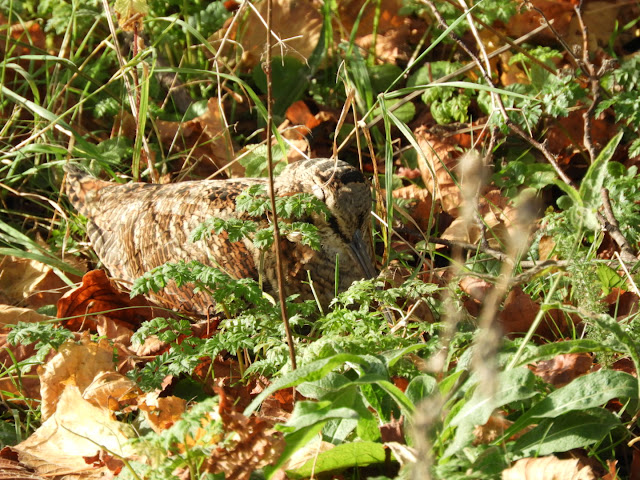 The only gull of note was a Little Gull on Lockwood on the 28th although Common Gulls were back in numbers after their summer absence. The first Short-eared Owl of the year was seen by LC on the 15th at the north end of Lockwood. 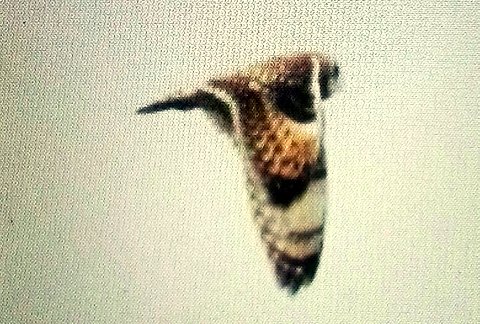 October is a good month for visible migration at the reservoirs although we don't seem to do as well as other sites in London. Seven Skylarks were seen on the 12th, singles on the 22nd and 23rd, two on the 25th and four on the 31st. Among the Meadow Pipits passing overhead and on Lockwood, two  Rock Pipits were found on the 28th on No 4 while the first Water Pipit since 2013 was found by @the_no on East Warwick on the 26th and seen intermittently in the same area over the next two days. 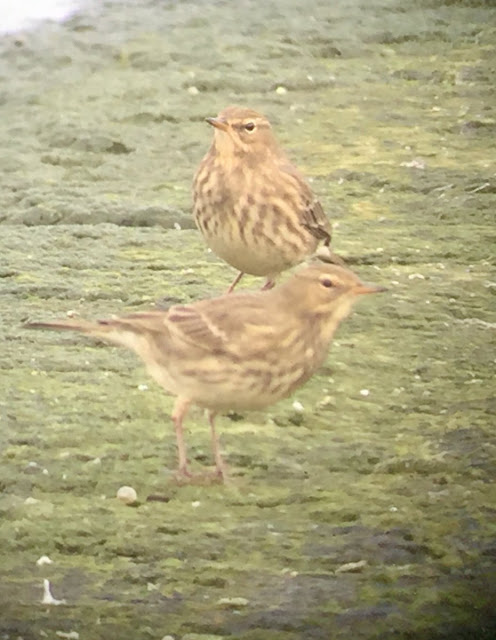 A Black Redstart was found by GJ at the top of Lockwood on the 3rd while up to two Stonechats could be found on the Warwicks during the month. A lingering Wheatear on Lockwood was last seen on the 24th. Visible migration of thrushes took place at the end of the month with a peak count of 170 Redwing and 130 Fieldfare going west on the 31st.  A group of 17 Mistle Thrush were seen on West Warwick on the 8th.

Cetti's Warblers could be heard singing noisily around the reservoirs but other warblers were few. The last Blackcaps were seen on the 8th and Chiffchaffs seem to have dwindled to half a dozen by the end of the month. Goldcrests, in contrast, were widespread with a big influx noted on the 6th.

Jackdaw is another species which is common to the north and south of the reservoirs but, for some reason, are not often seen and usually just passing overhead during migration times. So a flock of 27 on the ground of Lockwood on the 6th was very unusual, even more so as they contained the even rarer sight of a juvenile Rook with them.

Passage finches included 110 Chaffinch west on the 31st and the first Redpoll and Siskin of the year at the reservoirs on the 15th. There has been a remarkable invasion of Hawfinch this year into the UK with many being seen on passage in London. It seemed, however, as if the reservoirs were going to miss out despite many eyes looking until SF heard and saw one flying north over Lockwood and Wild Marsh East on the 28th.

Posted by Walthamstow Birders at 18:01 No comments: 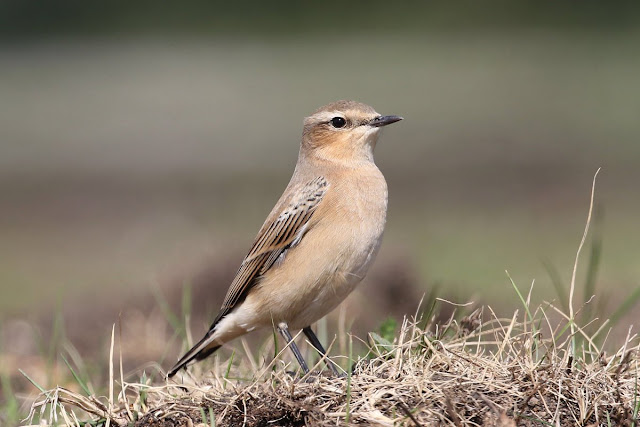 Disappointing is the word that springs to mind when describing September which should be one of the best and most varied months. Hopes were even higher with Lockwood at a very low level. But the gravel shores clearly held little for passing waders, the frequent storms failed -  unlike at KGV to the north - to produce any seabirds while the persistent westerly air flow meant passerine migration was light. The month did produce only the second Glossy Ibis for the site along with the first Black Terns of the year but both species spent as little time as possible at the reservoirs.

Shoveler numbers built up as usual on East Warwick - one of the reservoirs likely to see most disturbance when the Wetlands opens - to 50 on the 6th. Teal and Gadwall also increased slowly over the month. A high count of 32 Little Egrets on Lockwood on the 3rd may be a sign of breeding success. PW found a Glossy Ibis soaring high overhead on the 16th. It was travelling SW so seems certain to be the same bird found at London Wetland Centre in Barnes next day. The first for the reservoirs was a much more obliging bird in 2015. 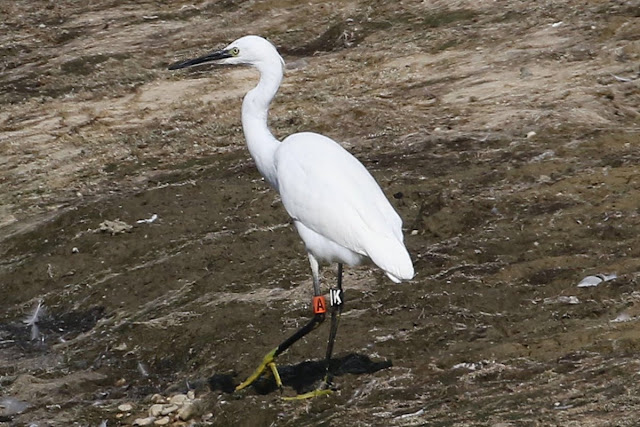 The Prof was actually looking at a soaring Buzzard when he saw the Ibis in the same thermal. Buzzards were recorded throughout the month; usually singles but six on the 2nd and ten on the 22nd. A pair of Peregrines continued to be recorded regularly and noisily on the pylons while perhaps the same Hobby was seen on the 1st, 2nd, 6th and 7th.

Waders were a particular disappointment during the month and especially compared to the remarkable diversity and number of species on the drained southern basin at Staines. The two Spotted Redshank continued on Lockwood until the 9th although they began to spend increasing amounts of time elsewhere - probably on the Banbury reservoir just to the north. A single was seen on the 10th and then there was a five day break until presumably the same bird was found again on the 16th - 22 days since it was first discovered.

Three Ring Plover were seen on the 17th, two Dunlin were recorded from the beginning of the month to the 5th. with four on the 8th and five next day, and the only Greenshank were a pair on the 1st. Common Sandpipers seemed to prefer the concrete rather than the gravel with very small numbers recorded on Lockwood throughout the month except on the 5th when 12 were seen. Green Sandpipers were seen on the 19th and 27th with the first Snipe of the autumn on the 18th.

A young Mediterranean Gull was seen on the 12th and 13th with Yellow-legged Gull recorded on the 4th, 6th and 16th. It looked as is 2017 was going to be the first year in a long while when Black Tern was not recorded until SF found two juveniles on the evening of the 20th. But there was no reprieve for Sandwich Tern, seen for example in both Spring and Autumn last year. 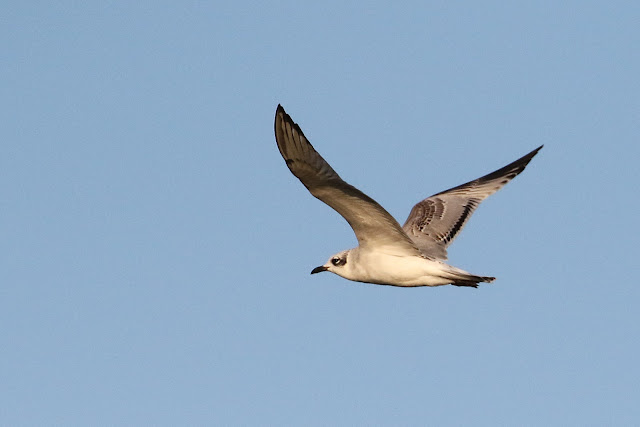 There were still 25 Swifts on the reservoirs on the 2nd with the final two recorded on the 19th. This autumn did not see any heavy days of hirundine passage with 150 House Martins on the 15th the only high count. The peak count of Swallows was 20 on the 22nd with the last three five days later.

Meadow Pipit numbers built up slowly after the first of the season was seen on the first day of September. A Scandinavian Rock Pipit, an irregular migrant for us, was found by JP on the 15th.  Yellow Wagtails continued to be seen in very small numbers right through the month. Wheatears were also recorded throughout September but again numbers were low with five on the 1st the highest count. A returning Stonechat was on West Warwick on the 20th, the same day as the only Whinchat of the month was recorded.

Continued access problems around Lockwood meant that more time than usual was spent on the southern section of the reservoirs and along the central path. But it did not really pay off in terms of small migrants. The final Garden Warbler and Lesser Whitethroats of the year were both recorded on the 15th, the last Reed Warbler hung on the 20th while there was a late Common Whitethroat on the 29th. The highest count of Willow Warblers - one of the few species were numbers have been up - was eight on 13th with birds still being seen on the 22nd while a small fall on the 15th saw over 30 Chiffchaffs along the central path along with plenty of Goldcrests and Blackcaps. The final Spotted Flycatcher of the year was seen in the same area on the 25th.

DB @porthkillier  all pics @jarpartridge
Posted by Walthamstow Birders at 19:44 No comments: