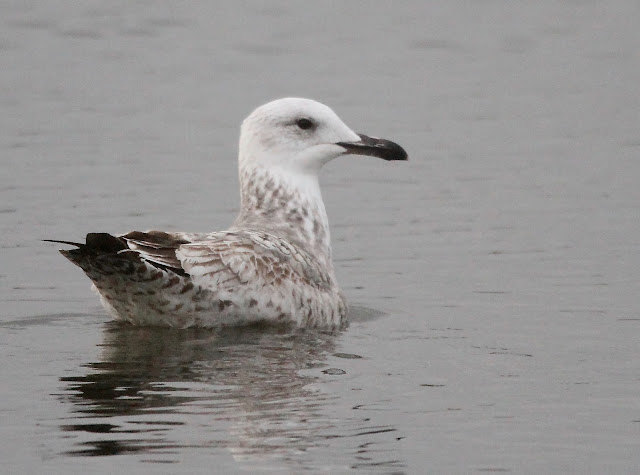 December, perhaps not surprisingly, was the first month in 2021 which saw no new birds added to the year list. But despite the often gloomy weather, it did produce the year's second Caspian Gull and two Scaup, all of which hung around for a few days. The blank December means the year list was stuck on 143 - exactly the same as 2019, three behind last year's record but ten ahead of both 2018 &2017.

And 2021 could have ended on a much higher note if the Dusky Warbler on Walthamstow Marsh, which at times came within 40 metres of the Wetlands, had flown over the West Warwick fence. The only saving grace was that it would not even have been a new bird for the reservoirs. 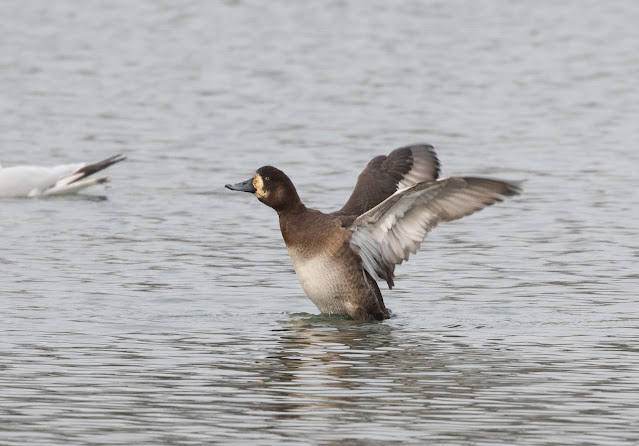 Shelduck were slow to arrive back this winter with a maximum count of five and just three by the end of the month. Shoveler numbers crept back up with 13 on the 28th. Three Wigeon were seen on the 17th and 28th with lone birds on three other days. They included a tame drake on the last three days of the month. 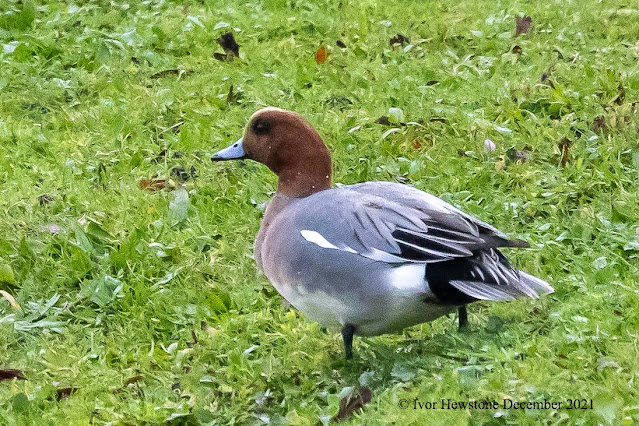 SJ, fresh from his triumph in finding the Dusky Warbler on the marsh on the 14th, found two tricky immature Scaup on West Warwick four days later, the first multiple occurrence for some years. They were eventually identified as an immature female and male and were last seen on the 28th before apparently turning up on the Banbury Reservoir just to the north. 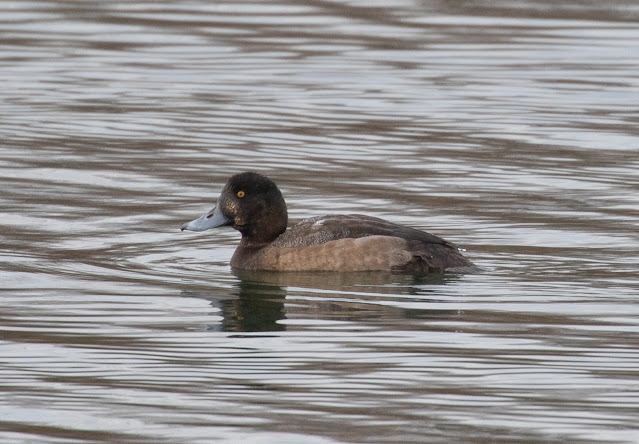 Goosander continued to be seen regularly with up to three on the north side although the peak total was a flock of five flying over. The highest count of Goldeneye was six - the same as last December - on the 21st and 31st with Lockwood their favourite reservoir this winter. 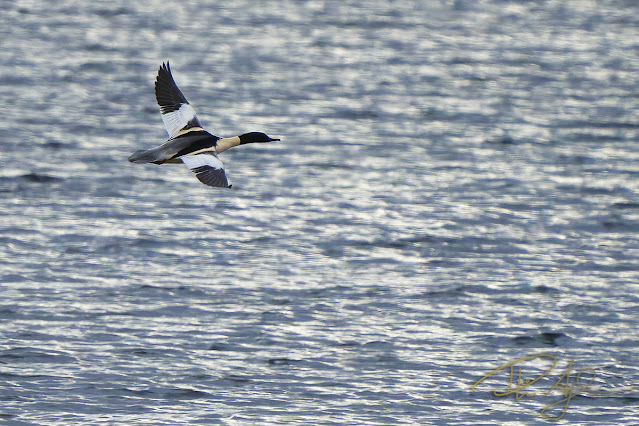 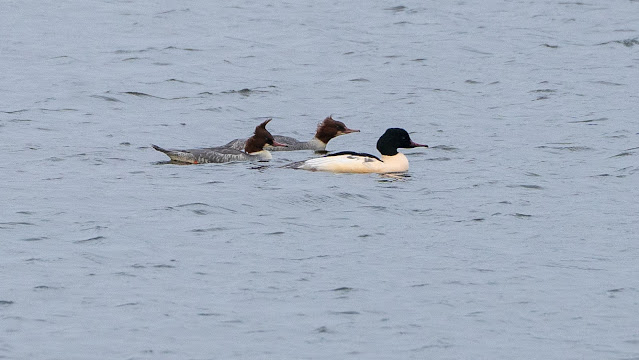 Four species of waders were seen but nothing unexpected. There were 10 Lapwing on the 21st and four next day and single Snipe on the 17th and 21st.  The Common Sandpiper remained throughout December and single Green Sandpipers were seen on five days early in the month before the water levels in the flood relief channel became too high.
Evidence that Great Black-backed Gulls are getting commoner - not unalloyed good news if you are a nesting bird - came in a pre-roost gathering of 16 on Lockwood on the 6th and a remarkable 40 seen from No 5 on the filter beds on the 30th. But the gull excitement of the month was the first winter Caspian Gull found by CF on High Maynard on the 11th. Unlike other records including the January bird, this smart individual hung around the northern reservoirs until at least the 30th. It even handily had a distinctive light patch on its upper mandible to mark it out from any lookalike 1W Herring Gulls. 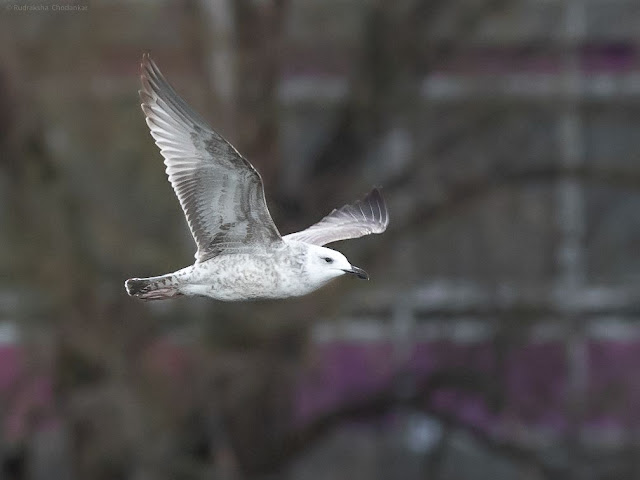 The long-staying Caspian Gull was often more obvious in flight pic @rudraksh9
Single Buzzards were seen on the first two days of the month and got the usual warm reception from resident crows. Up to 15 Fieldfare and a dozen Redwing could be seen feeding around the reservoirs at times with the berry bushes near the Engine House a particular favourite for thrushes. Stonechats are also wintering in small numbers while November's four Redpoll were seen again on the 2nd with a single bird on the 17th. 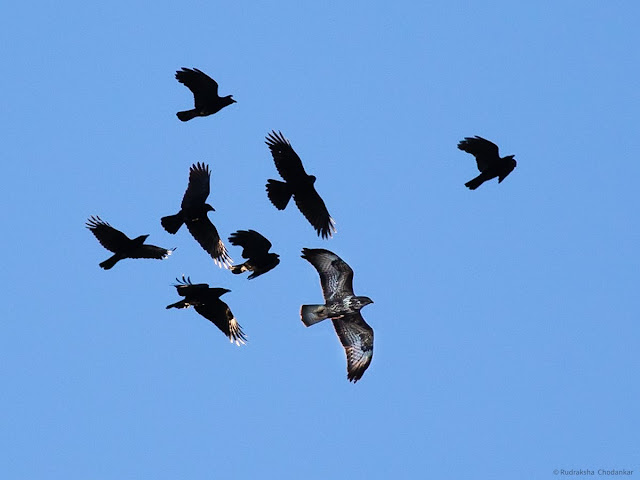 While 2021 did not add a single species to the Wetland's all-time list, unlike last year's Yellow-browed Warbler, it did deliver some excellent birds. They included the first catch-able Little Stints and first sight record of Grasshopper Warbler as well as numbers of such scarce visitors as Kittiwake, Little Tern and, in recent years, Cuckoo. It also saw an extraordinary run of Great Egrets with perhaps twenty separate birds, a dramatic increase on the previous record count of four last year, an unprecedented flock of ten Scoter as well as what seems likely to be the first Sand Martin and last House Martin of the year in London. 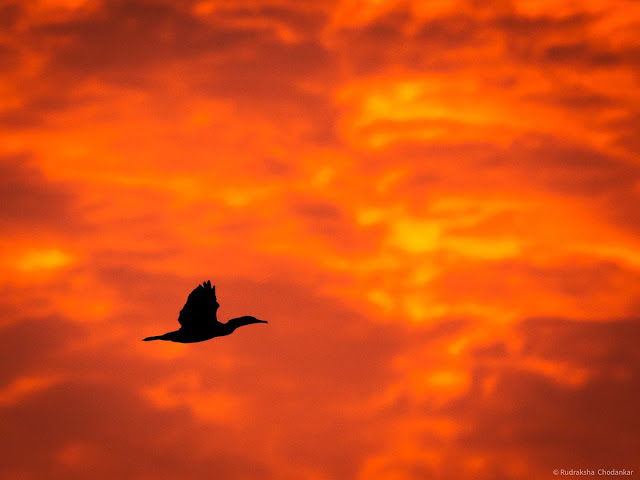 A Cormorant, which are already nest-building, against the dawn sky pic @rudraksh9

Main misses were Mandarin - recorded annually since 2015 - and Osprey which had been seen for five consecutive years. Among other species which are overdue at the reservoirs are Red-breasted Merganser, Grey Plover and Knot which have all not been seen since 2018. Happy New Year to everyone and let's hope for good birding and, in time, a more normal 2022.

Posted by Walthamstow Birders at 17:23 No comments: