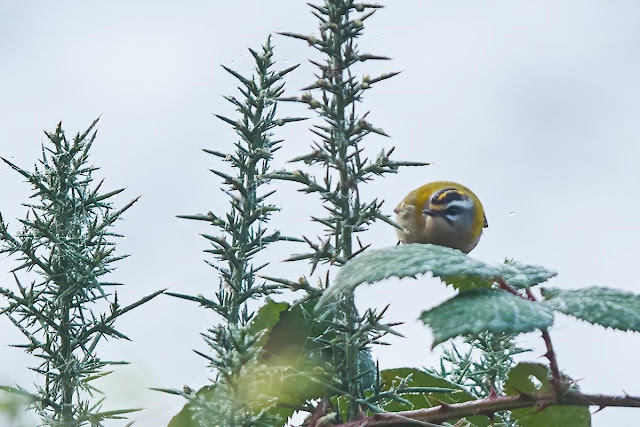 A drab and wet final two months of the year was enlivened by the discovery of Firecrests - regular  winter visitors nearby but so rare on the reservoirs that it seems the last record may have been eleven years ago.  November also added Mandarin to the year list and saw the early return of the drake Scaup for its sixth winter.

Even with the two late additions, the annual total for the reservoirs' this year was a modest 133. It was never likely that the Wetlands could see a repeat of 2018's once-in-a-generation run of rare birds which saw 143 species recorded but the total was also down on 2017's 141. Among the omissions was Turnstone which had been annual since 2010 but has now not been seen for the last two years. 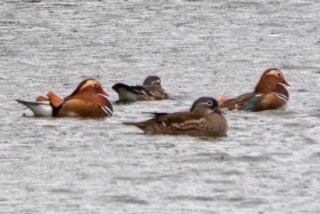 The first Shelduck of the autumn were seen on Nov 8th - 13 days earlier than last year. SN got reward for going out in a downpour on Nov 2nd with two pairs of Mandarin briefly on the overflow channel at the top of High Maynard. They were the first record for the year of a species which remains puzzling scarce at the Wetlands.

Shoveler numbers have failed to recover from the work on East Warwick with no more than three around the reservoirs compared to around 50 in 2018. Let's hope they return now the disturbance is over. Single Wigeon were seen on Nov 15th & Dec 28th with three next day on Lockwood.

Our drake Scaup returned for its sixth winter on Nov 21st, well ahead of schedule. All its previous arrival dates have been between Dec 1st and 11th. But as if to make up, it seems to have departed with a large number of Tufted Ducks which left overnight of Dec 8/9th. It has only been seen again on Dec 18th which suggests it may not be too far away. The first Goosander of the year was seen on Nov 19th  - a month later than last year - with one or two birds seen irregularly until the end of the year. With the weather so mild, Goldeneye numbers have yet to reach double figures with seven the highest count.

Water Rails have been seen and heard in the reed beds on No 1 & 3 throughout the period. It was not a great two months for waders except for Snipe which took an immediate liking to the 'new' island on East Warwick although they remain almost impossible to see from the shore. But those working on the island disturbed them regularly with a peak count of 20 on Dec 4th. Lapwing were seen on five days with singles on Nov 7th & Dec 27th, two on Nov 21st, three on Dec 28th and seven on Nov 24th. 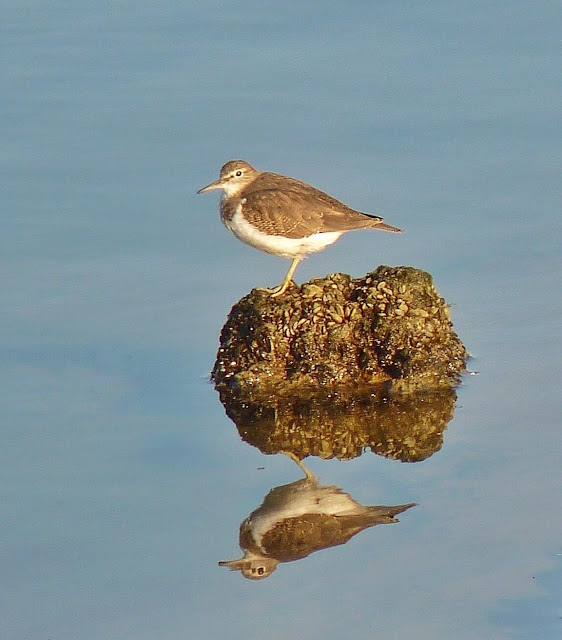 Just hours after the last round-up confidently forecast an absence of wintering Common Sandpipers for the second successive year, one was found on Nov 1st and has remained until at least Dec 24th. Green Sandpipers continue to be seen with a very high count of five together on Dec 30th when flood waters in the overflow channel forced them onto the ramp.

After the remarkable movement of Jackdaws in October, numbers were very much back to normal with just two on Nov 14th. There was only one record of Skylark as well on Nov 17th. There seem to be more wintering Chiffchaffs with daily counts of up to five and Blackcaps were still, unusually, being seen in early December along the stream by the main car park.

The reason for such interest in an area often overlooked is because it became the regular haunt of what seems to be the first Firecrests on the reservoirs since April 2008 - and the first wintering birds since 1991/92. The first was found by LB on Nov 25th with two being seen next day. But there were only regular sightings of single birds throughout the rest of November and December until two were again seen together on Dec 27th, 28th & 31st. The favourite area remains the trees along the stream next to the car-park and the gorse at the front of the café outdoor seating area. The likely Goldcrest/Firecrest hybrid rung earlier in the autumn also seems to be still around to add to the excitement. 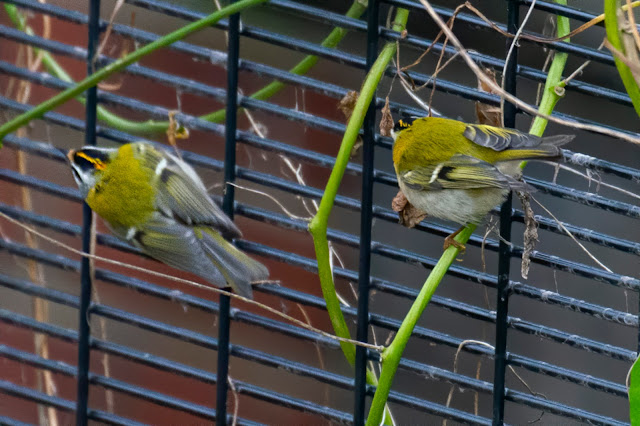 Only very small numbers of Redwing were seen in November and December with 30 the peak count of Fieldfare on Dec 4th. Meadow Pipit numbers have also been low with seven on Nov 30th the  highest number recorded in a day. Two Stonechats were seen regularly, October's Brambling stayed until Nov 1st and another Siskin was seen on Nov 17th. Bullfinch joined the list of species which were seen within yards of the reservoirs' list with one being agonisingly close in the trees across the Lockwood fence on the East Marsh on Dec 7th with others recorded not too far away on Walthamstow Marsh. Perhaps one for 2020?


Posted by Walthamstow Birders at 16:10 No comments: