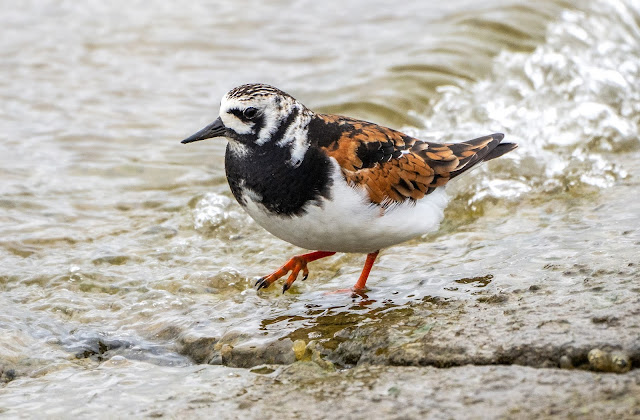 A tame Turnstone on Lockwood performed for all who braved the weather pic @Chris_Farthing
May was remarkably cold but the unpleasant conditions may have helped extend migration further into the month than usual and force birds flying over to drop down. Stormy weather saw both Turnstone and Ringed Plover - both uncommon visitors - shelter on Lockwood. Cuckoo and Whinchat were also added to the year list while the northerly airflow helps explain a better than average passage of Yellow Wagtails and Wheatears. 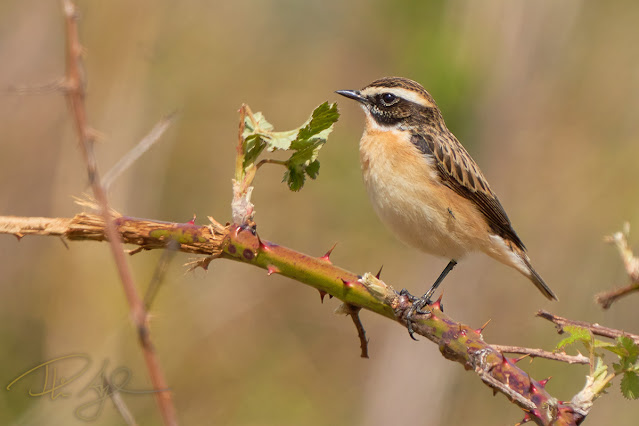 One of at least two superb Whinchats seen this month pic @OwlTurbot
The newly started regular ringing sessions have already added to knowledge of the site's birdlife by revealing the incredible number of Reed Warblers passing through the small No 1 reed-bed. The four new additions take the year list to 124 which is 11 more than 2020's lockdown-affected total but also eight more than in 2019 although still behind the previous two years.  Red-crested Pochard - which can turn up any time - along with Black-tailed Godwit and Skylark which often are seen in July are the most obvious gaps in the year list 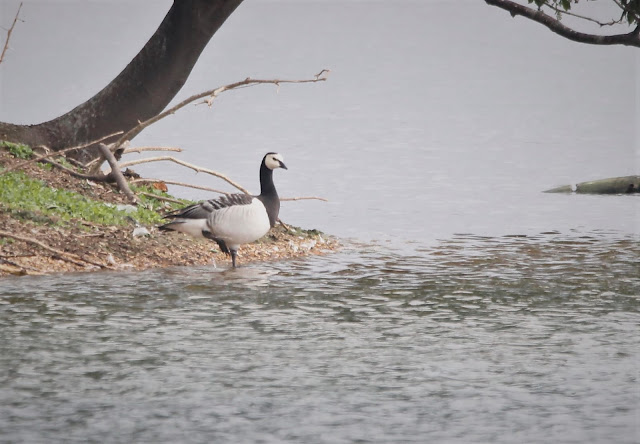 Barnacle Goose looking uncharacteristically wary pic @Chris_Farthing
2021 goose-fest continued with an unexpected influx of Barnacle Geese, which in recent years have usually been fly-overs or one-day birds at the reservoirs. The first was rather oddly on the big wooded island on No 5 on the 13th but, even more strangely, it was joined by four more on the 15th. There were then regular sightings until the end of the month. One very tame individual befriended family parties of Egyptian Geese around the north reservoirs. Another was seemingly keeping guard on No 5 which has led to speculation that it might have a partner on eggs nearby. It will have to go some to beat the Canada Goose pair who produced and raised 18 young - apparently the second year they have successfully look after  huge broods. 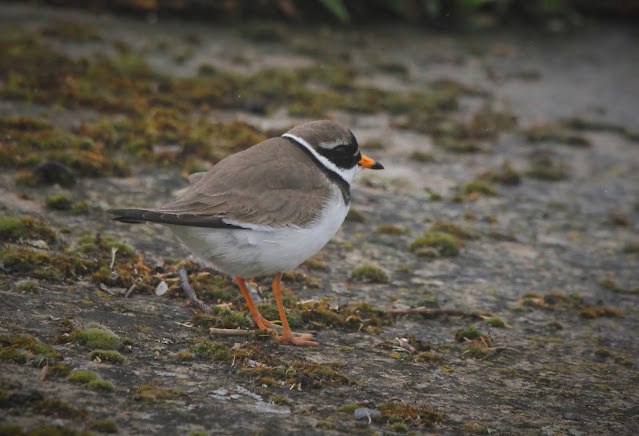 Wader highlights of the month were a superb summer-plumaged Turnstone which sheltered on Lockwood in high winds on the 21st and a Ringed Plover - both found by CF - which turned up in almost the exact same spot and conditions on the 4th. Ringed Plover is annual but Turnstone was absent in two of the last four years. The Ringed Plover was accompanied by two Dunlin to form a rare mixed flock. A single Dunlin was also seen on the 8th. 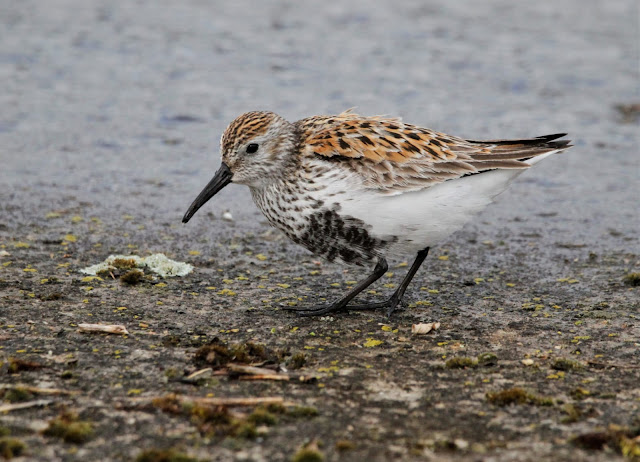 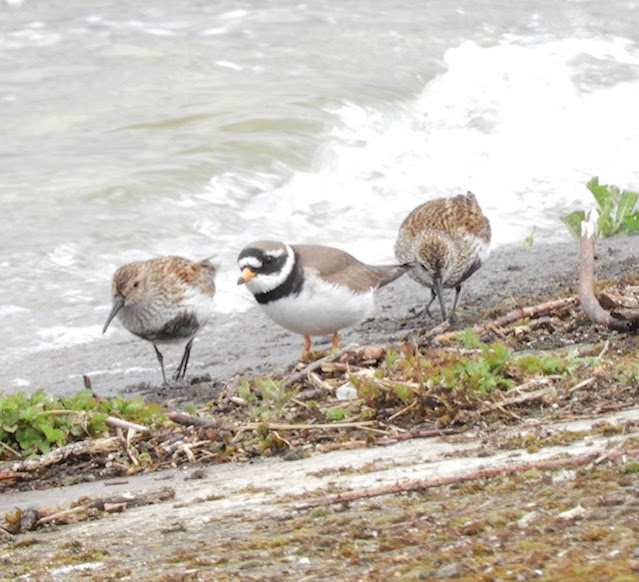 Unlike last year, Little Ringed Plover continued to be seen regularly around Lockwood with records from at least eight days. Oystercatcher, perhaps the birds whose usual breeding spot at Ponders End was flooded, were also frequent visitors - seen on seven days with a pair on the 11th and 17th. There was a good passage of Common Sandpipers with records almost daily until the 17th. There was a maximum count of 10 on the 5th with two late birds on the 23rd. The last record, just as in 2020, was on the 25th. 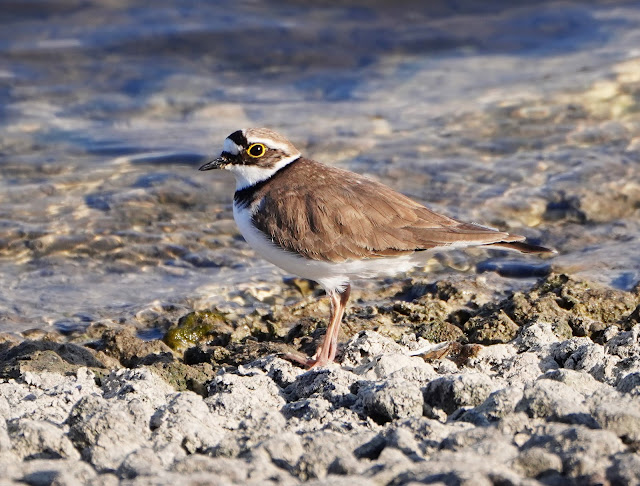 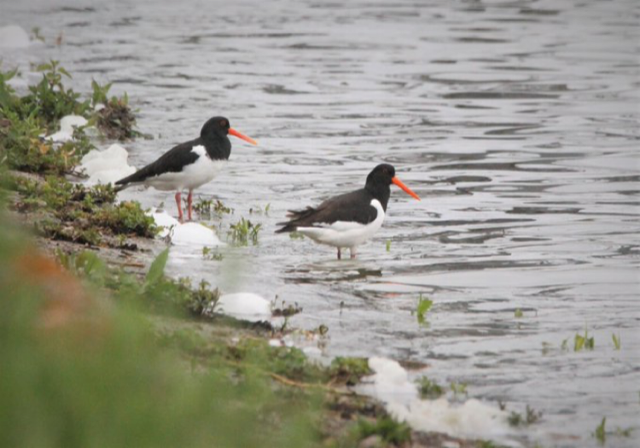 After the disaster of 2019 when no Common Terns bred at the reservoirs, it is great to report a strong recovery is underway. This year they abandoned the vegetated raft on East Warwick to the fast-expanding Black-headed Gull colony (which has risen from around a dozen pairs to about 60) and set up home instead on the similar raft on Lockwood. It looks as if 17 pairs - double last year's total - might be breeding on Lockwood with another optimistic pair on the tern rafts on West Warwick. Let's hope the recovery continues and the numbers once again reach the 40 pairs breeding as recently as 2010. The Commons attracted another Artic Tern found by RE on the 9th.

Just a section of the Common Tern colony on Lockwood pic AMP
After a few years when Cuckoo was rare at the Wetlands, it seems happily to be becoming more regular with, as in 2020, birds recorded on four days. QC had the first sighting on the 13th flying north towards the Engine House. Another was seen around No 3 by LMSB on the 18th. The male seen on Tottenham Marsh was heard from Lockwood on the 24th and then presumably the same calling bird was around No 1 two days later.
The cold, windy weather was not good for raptor passage but a Buzzard was seen on the 18th. Peregrines nested just off site and are raising two young. If past experience is any guide, they will be a noisy presence around the Wetlands when fledged. Single Hobby were recorded on at least seven days while a pair of Sparrowhawks were often seen with prey going south towards Walthamstow Marsh. 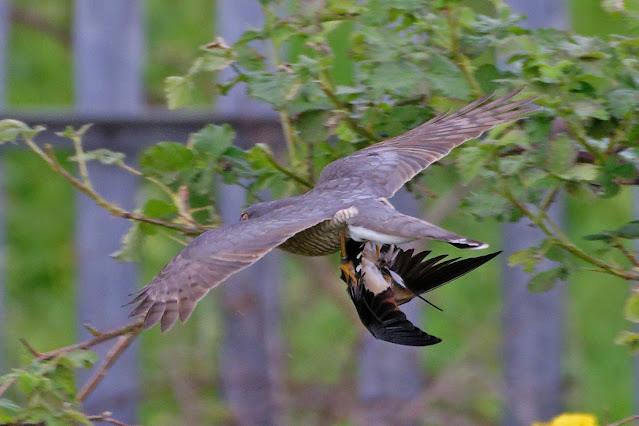 Bad weather conditions both held back migration and kept flying insects low so the reservoirs were used as a major feeding station throughout the month. Swifts provided a fantastic spectacle with large numbers feeding low over the Wetlands. Small numbers of Swallows joined the local House and Sand Martins with two still being seen on the last two days of the month. Despite the poor weather, there seem to be more Sand Martins than in recent years feeding over the reservoirs which suggests breeding numbers are up. 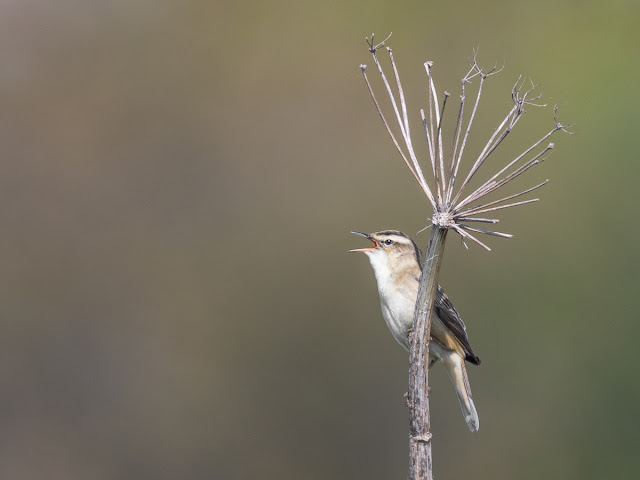 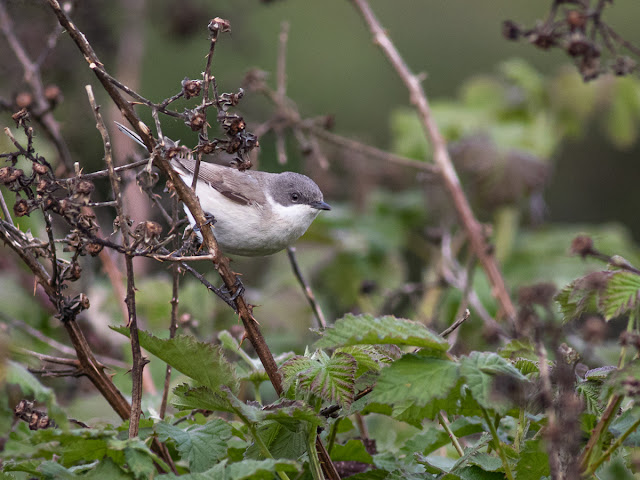 The same seems true of breeding warblers with more Sedge Warblers and Common and Lesser Whitethroats singing around the site than in recent years. But regular ringing has shown how badly bird numbers can be underestimated. Educated guesses put the number of singing Reed Warblers in the small reed bed at the north end of No 1 at around six or seven. But so far this Spring an extraordinary 78 Reed Warblers have been rung. Some would clearly be late migrants just passing through but it seems certain there must be at least three or four times the breeding pairs than thought. Two Garden Warblers were singing on the 9th and a late Willow Warbler sang on 22nd. 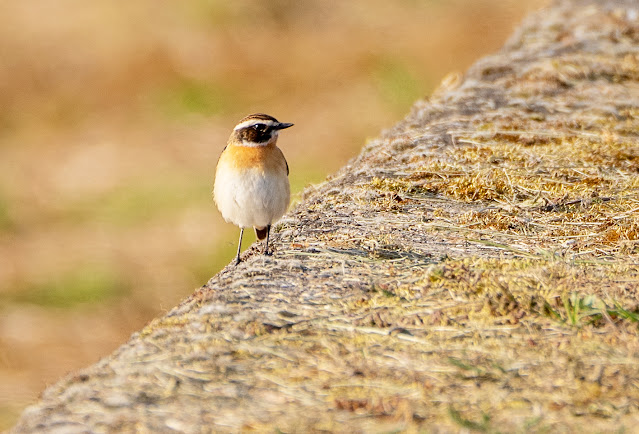 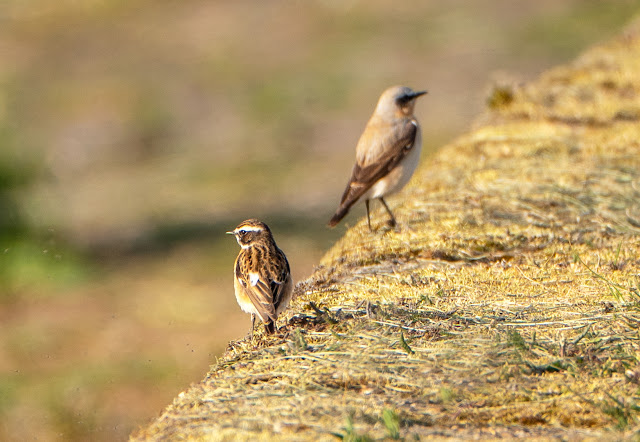 At least two lovely Whinchats graced the Wetlands with the first found by CF on Lockwood on the 1st and a second around East Warwick on the 5th & 6th. Wheatear passage continued strongly with birds regularly until the 13th with a peak count of five on the 9th. There was also a very late record on the 27th - 22 days later than the final record last year (when many of the reservoirs were out-of-bounds) but also 16 days later than in 2019. There was an even stronger showing from Yellow Wagtails with birds seen almost daily until the 13th with a maximum of seven on the 6th. The last record was on the 17th, two days earlier than in 2019. 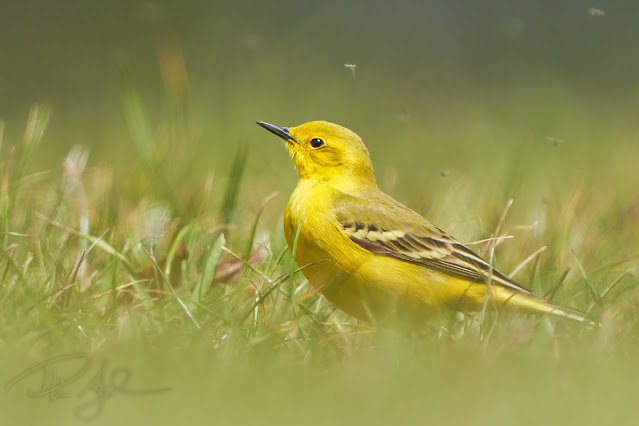 Posted by Walthamstow Birders at 12:23 No comments: