The Scaupmeister does it again

We had an excellent last winter for Scaup with, I think, five birds in total but one of the most remarkable features was that all were found by Pete L. It became such an embarrassment that when Graham and I were searching through the Tufted flocks yesterday, we joked that there was no point bothering as he was not with us.
Sure enough, Pete sent out a message this morning saying he had found a drake Scaup on No 4. I scooted up and there is was in pretty much the same place as the first drake bird had been found last winter on the slightly later date of December 11. It spent, as usual, most of its time asleep but did wake up enough to show its bill which looked fine for a pure bird and, despite my pics, the head did have a nice green tinge. A low flying helicopter spooked the flock off No 4 later with some seemingly flying to the Warwicks but I could not find it - or anything else - with the Tufties when I walked round them so it may have returned. Pete earlier had a Common Sandpiper and two Goldeneye on No 4 as well as the Barnacle Goose. 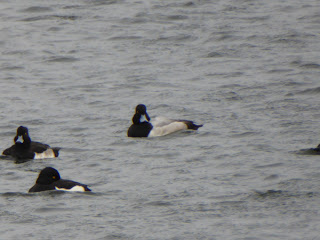 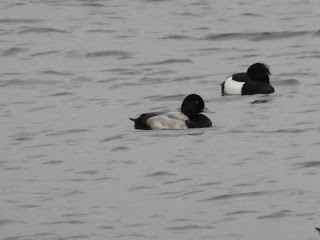 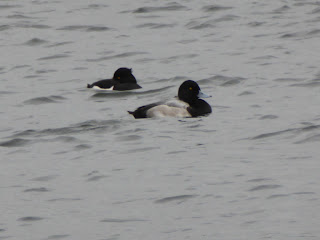 DB @porthkiller
Posted by Walthamstow Birders at 16:33 No comments:

Is it Winter yet?

A briefly sunny, then windy, then chilly, then drizzly walk around the reservoirs with D. Bradshaw today produced:

It seems that #3 reservoir is where Salix are desilting and using the sediment to create reedbeds on the same reservoir. There seemed to be three areas where reedbeds might be created. One in front of the dilapidated hide - suggesting that might get a makeover too. There were also orangey-red tipped posts all over the reservoir?

You Can Run But You Can't Hide 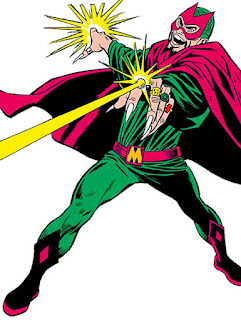 11:00 After being banished from ‘The Patch’ Pete L finds the dastardly ‘Mandarin’ tucked in on the Lea to the South-west of the Lockwood. 1:0

11:11 Text is re-tweeted to the selfless group known only as ‘The Patchmen’, dedicated to making sure that no bird escapes being seen on ‘The Patch’. 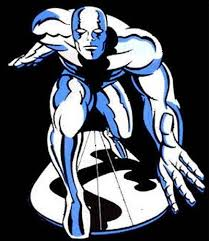 12:15 First on the scene are the ‘Silversurfers’, Killierman & Profman but it looks like our foe has given them the slip. 1:1

12:45 Profman has other fish to fry but Killierman is not going to let this one go and pursues the quarry (whisper it) off Patch and into Mad Max Land (brave lad), and is almost thwarted when the supervillain tries to give him the slip and flies off toward the Lockwood, a classic mistake allowing Killierman to add this elusive tick to his Walthamstow list. 2:1 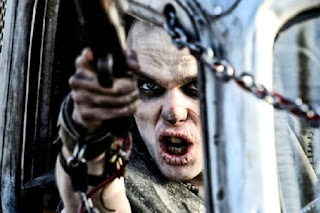 12:46 Killierman has the news on Twitter before you can say ‘I flushed it!’

12:47 AMWman & LVman aka ‘The Yoof’ arrive to provide backup though it’s not looking good, the bird has flown.

12:48 All is not lost, it would appear. Mike M & JWDman spot our adversary trying to slip into the Waterworks unnoticed, and, despite certain technological challenges, the news is out, Profman is soon on the scene and the bird is in the bag. 5:1 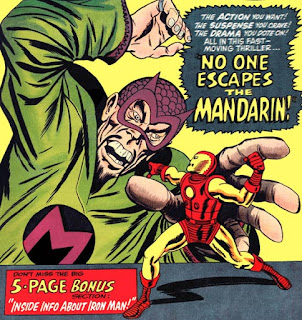 So ‘Mandarin’, it looks like the tables were turned this time. We know you’ll be back sometime but be warned, wherever scarce birds turn up on ‘The Patch’ the ‘Patchmen’ will be waiting…

In other news a Mandarin Duck was found on the reservoirs late this morning before re-locating to the Waterworks. It is the first on the patch since the eclipse drake that turned up in August 2011, leaving around a month later in its full breeding finery. 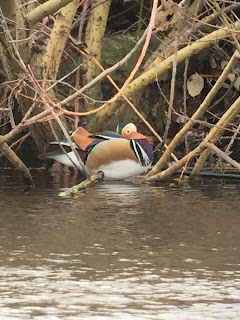 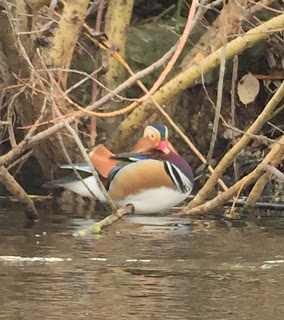 Posted by Walthamstow Birders at 10:34 No comments:

@randombirder
Posted by Walthamstow Birders at 15:13 No comments:

I started something I couldn't finish

Typical me.  So, things are looking up.... which is what I generally tend to do when I head over to the Waterworks.  Standing in the central area by the hides in what I call 'The Circle' (primarily owing to its circular arrangement)  I stand, staring into the ether looking hopelessly deranged in the hope of some interesting flyovers.

It's generally been quite good recently, a max count of 28 Lapwing on the 27th October was interesting, and today had a promising feel to things.

It started with the Firecrest, present now for a couple of days, and seen early doors by @jarpartridge.  It then politely emerged from the bushes by the main path allowing an attempt at a video grab that I inexplicably stopped as it appeared out in the open.  Very sloppy.  Half a dozen Goldcrest were also present.

From the hides, three Snipe were typically secluded within the reeds of Bed 16, but the Cetti's Warbler there had other ideas.  This bird was evidently a little bonkers, chacking away and uncharacteristically showing itself off.  It's a tidy bird when you actually get to see it. 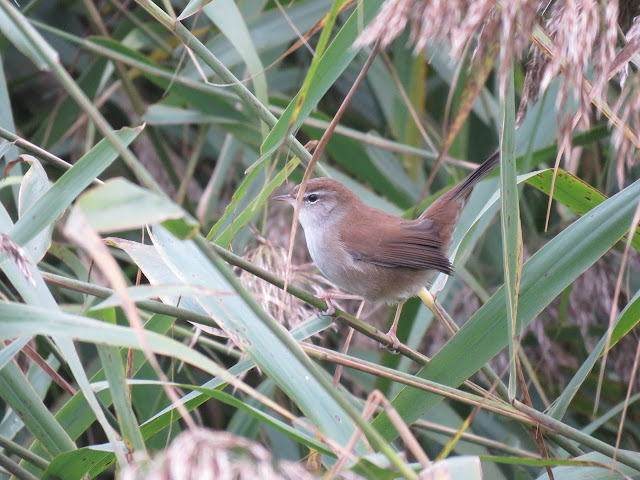 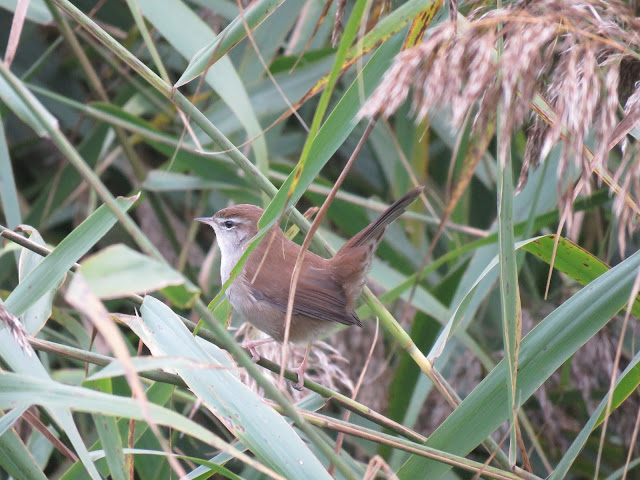 And so to the circle, and the roll call of avian activity is as follows;

A total of nine Siskin and three Redpoll were flyovers.  Two Peregrine each flew onto separate pylons ( you take that one, I'll take this one).  A murderous group of 13 Jackdaw was definitely a personal record count.  There were actually a lot of corvids around with over 50 Carrion Crow counted.

Also conspicuous was Woodpigeon movement with a combined total of over 1000 birds seen flying through during the course of the morning.

Also seen by @jarpartridge were a Water Rail and Skylark completing a decent selection of birds for a November morning.

@randombirder
Posted by Walthamstow Birders at 21:17 No comments: 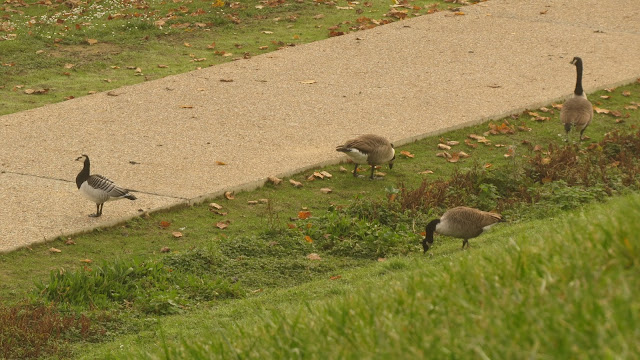 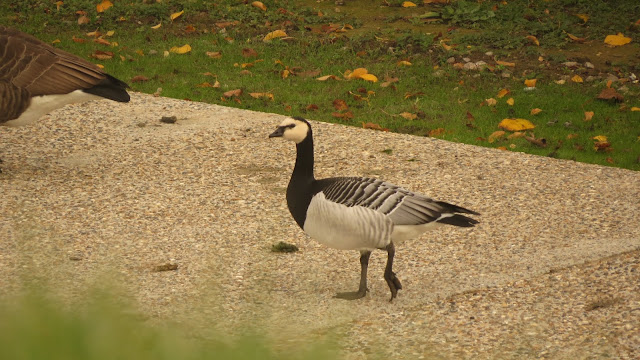 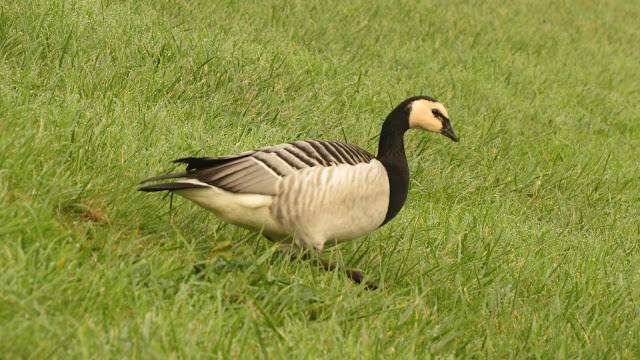 @jarpartridge
Posted by Walthamstow Birders at 17:27 No comments: