The first Caspian Gull for almost four years pic @wheresrhys
2021 got off to a great start, just as happened last New Year's Day, with the first Caspian Gull since 2017 and a returning drake Scaup. They were followed within the next few days by a Brent Goose - incredibly on exactly the same date as last year's only record - and an early Mediterranean Gull.
But by the middle of the month, the third Covid lockdown meant tight restrictions on visiting the Wetlands were again in place which severely curtailed coverage. Given the shorter opening hours and, more importantly, that most of the site was totally out-of-bounds to all but 'exercising' anglers, it is remarkable that 75 species were seen in January. That's the same as the monthly total for 2020 when there were still no Covid restrictions and four more than in 2019. The species added to the year list from the wider patch, however, strongly suggests that additional species went through un-recorded. 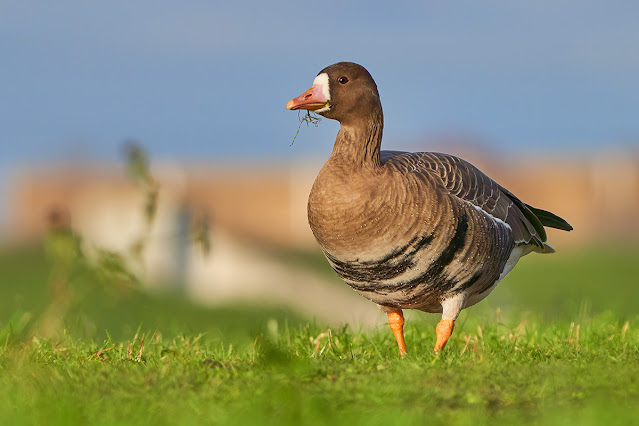 Wanstead's wintering White-front visited the Wetlands pic @OwlTurbot
After November's first White-fronted Goose for three years, January saw a second bird arrive on the 3rd, found by QG. Forensic examination of the amount of barring meant it could be identified not just as different to last year's bird but, most likely, the same as had set up home in Wanstead. Brent Goose is barely annual at the Wetlands so the single bird on East Warwick identified and photographed by 12-year-old LMSB on the 6th was a brilliant find. It moved to Lockwood before departing. 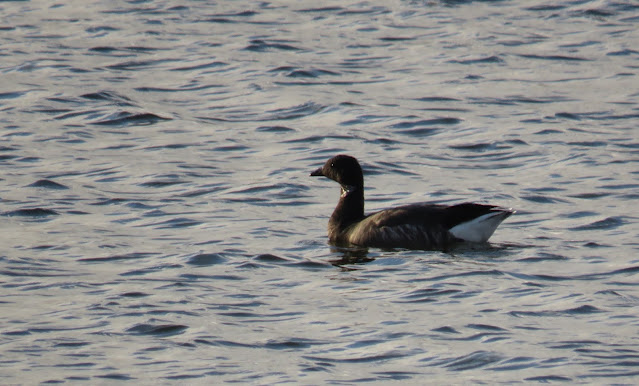 A tame Brent Goose enjoying East Warwick pic @wheresrhys
Even rarer - although not considered a wild species in the UK - was the Black Swan found next day which stayed until at least the 12th. They are native to Australia but small numbers have escaped from wildfowl collections. This is the first seen at the Wetlands since 2008. 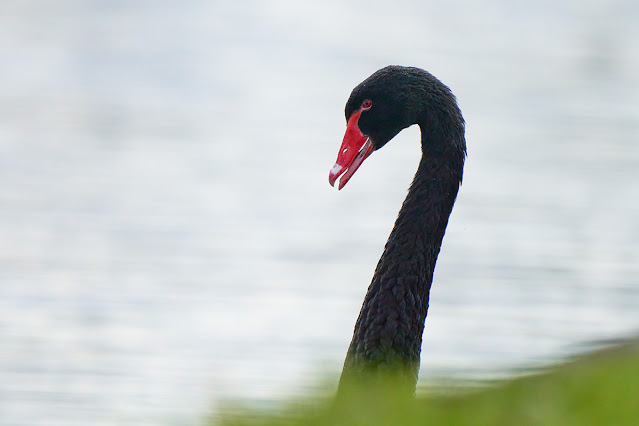 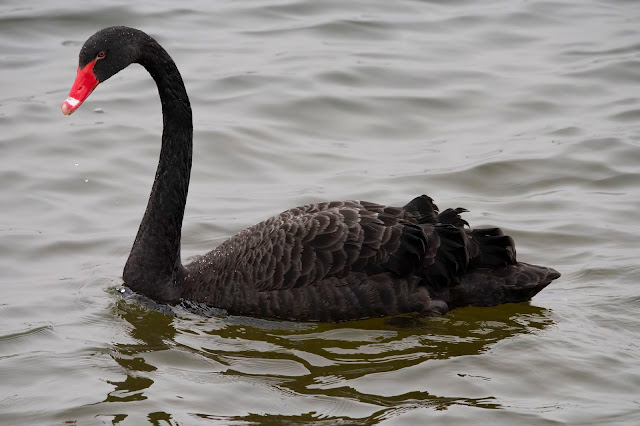 Last month was the first December for six years that the drake Scaup has not returned to No 4 reservoir. So the discovery by CF of a drake on High Maynard on the 1st led to hopes that the Wetlands would again host a wintering bird. Sadly it disappeared overnight so the evidence is unclear whether it was 'Cyril' making a nostalgic trip home or just another drake prompted by the cold weather to pass through. Up to seven Goldeneye were seen across the site with one or two Goosanders visiting  Lockwood and High Maynard. 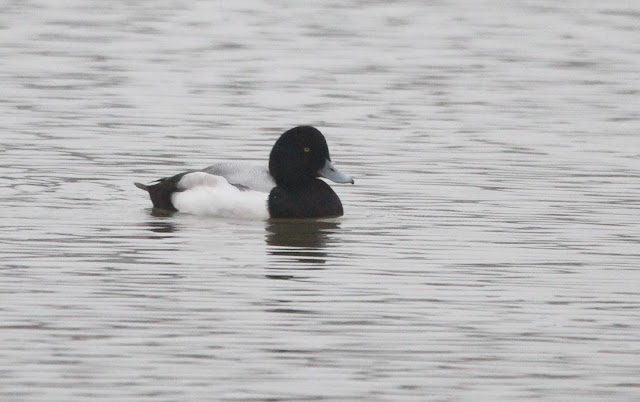 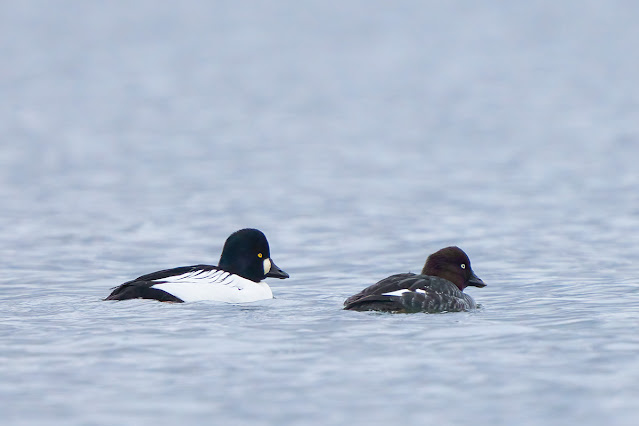 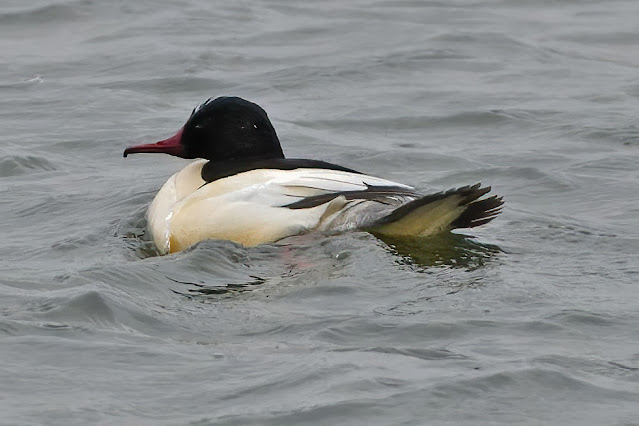 A Lapwing was seen on the 3rd with three on the 7th. The only other waders were wintering  Common and Green Sandpiper which both made the year list on the 1st. Gulls put up a better showing. The 1W Caspian Gull found by RE was a good start to the year and fitting reward for his persistence in examining gulls. It seems to be the first since March 2017. Mediterranean Gull, given the large number of gulls at the Wetlands, is oddly scarce so the discovery of a winter adult by CF on the 11th was an welcome early addition to the year list. 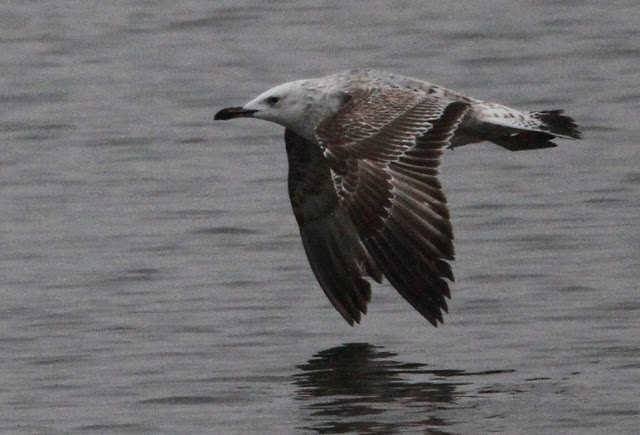 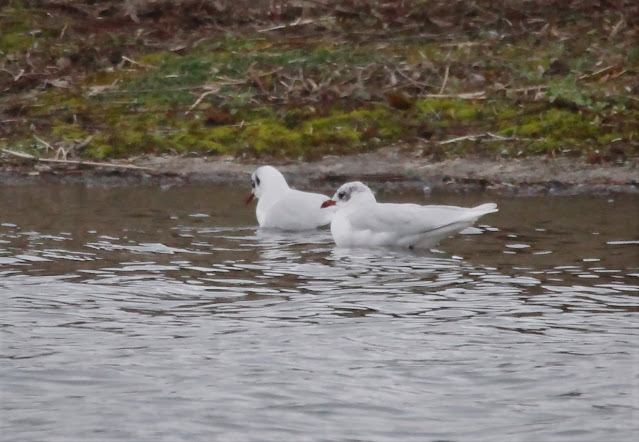 Ringed birds give an insight into how far some of the visitors to the Wetlands travel. The Black-headed whose ring CF managed to read on East Warwick in late December turned out to be the first sighting of a bird rung as a nestling at Kretuonas Lake in eastern Lithuania in June 2015 - a journey of 1800kms. 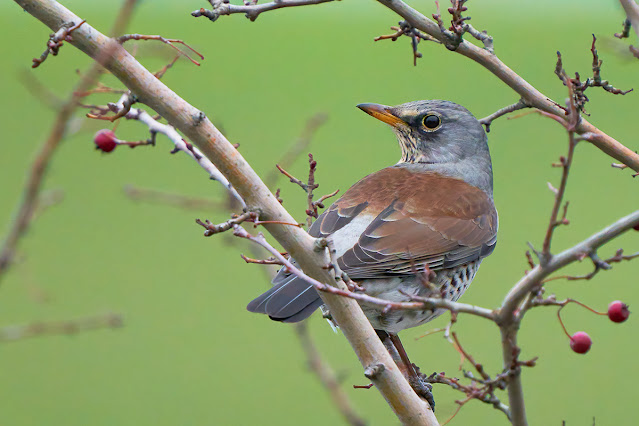 Fieldfare enjoying the remaining berries pic @OwlTurbot
An early Red Kite was found by MM on the 11th and a Common Buzzard - which again is often not seen until February - on the 22nd. . At least four Stonechats were seen before access to their favourite areas was stopped. The 5th saw 70 Redwing over No 1 with small numbers of Fieldfare and Meadow Pipits also recorded early in the month.
DB @porthkillier

Posted by Walthamstow Birders at 17:14 No comments: