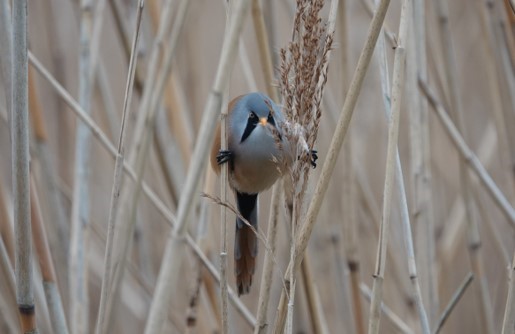 After a lacklustre 2019, the New Year began in much more promising style with a series of good, long-staying if often elusive birds. A pair of Bearded Tits - the first since 2013 - discovered on the 1st and which remained all month got the year off to a brilliant  start.  A stunning male Black Redstart found on the 12th also stayed into February.   Add in only the second Water Pipit since 2013, the first Brent Goose since 2018 and the continuing Firecrests and it was not surprising that the Wetlands was again attracting a steady stream of birders...... 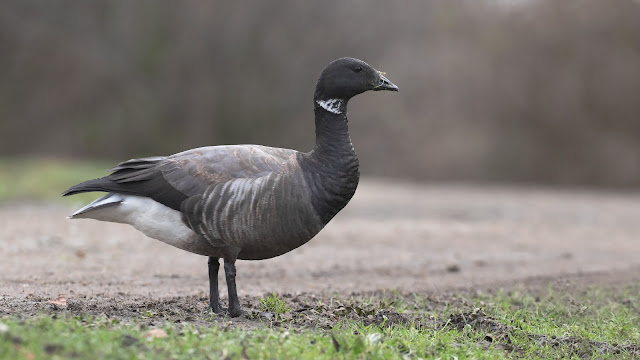 Brent Goose has been recorded in half of the last ten years so, with a blank in 2019, it might have been expected to be seen in 2020. What was more unexpected was that it would fly over the shoulder of PW, making a rare return visit, and land among a close flock of Canada Geese on No 4. It stayed for a couple of hours and seemed settled before being flushed by a trespassing drunk.....

There was no recovery in Shoveler numbers following the disturbance on East Warwick with just  five birds seen early in the month which had all departed by the end. Tufted Duck numbers also seem low which may explain why our regular wintering drake Scaup has pretty much deserted the reservoirs. It did return to its favourite No 4 reservoir on the 9th but had disappeared again by next morning. As it also came back for a day in December after its initial stay, it clearly has not moved far. With a second drake now being seen on KGV, it may have set up home a few miles north. It will be interesting to see if it comes back at all in December for its seventh year. 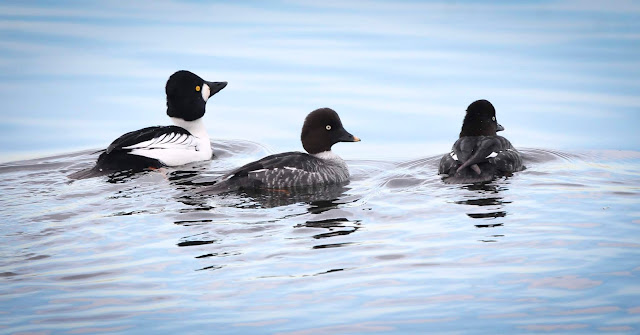 Goldeneye revealing how they got their name pic @EugeneDH_Bass

Goosander were seen regularly throughout the month but in very small numbers.  The maximum count was four on the 6th while up to eight Goldeneye could be seen scattered across the reservoirs. Water Rails are not uncommon at the Wetlands but more often heard rather than seen. But one at the south end of No 3 had clearly not read the memo and showed throughout the month, often just below the Woolley Hide and occasionally with a second bird. 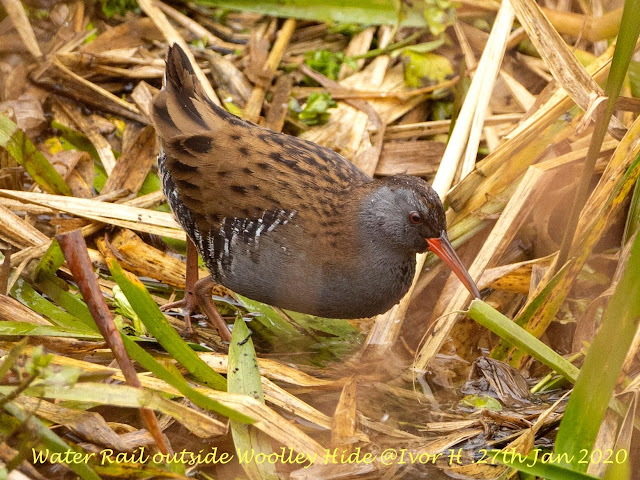 In a month of elusive birds, this Water Rail was a welcome exception pic Ivor Hewstone

It was a disappointing month for waders with, amazingly, no Common Snipe recorded at all after the exceptional numbers in December. The only Lapwings were four seen early on the 1st while the heavy rain meant the water levels in the overflow were usually too high for Green Sandpipers with only a couple of sightings including two on the 2nd. The Common Sandpiper, however, continued to winter with a second bird joining it on the 1st. 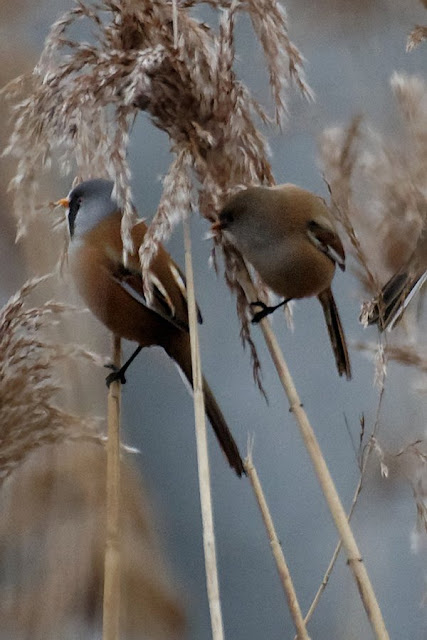 The highlight of the month was the pair of Bearded Tits found and photographed by SN on the 1st to the delight all those gathered to start off their year lists. They took such a liking to the new No 1 reed bed that they stayed all month - a real reward for the Wetland's project and evidence again that 'build it and they will come'.

They are the first since one over East Warwick in October 2013. But after showing reasonably well on the first day, they kept so low that they were not seen again until the 18th and continued to show only irregularly throughout the month. Still, sunny conditions are best when the Reed Buntings are feeding high in the reeds but even then, it takes luck and patience. 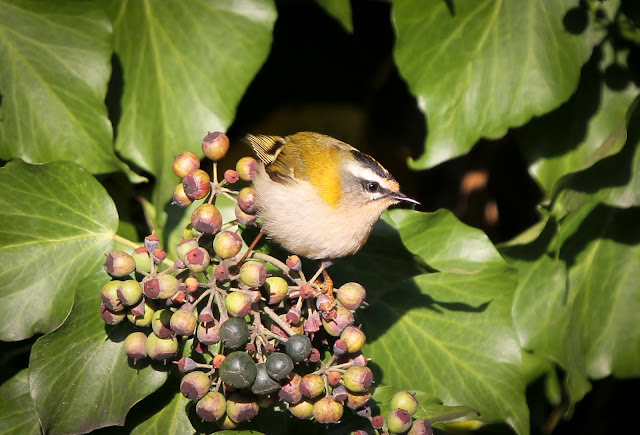 The mild winter has led to Chiffchaffs wintering in large numbers with counts of double figures at times. It is estimated that there might be as many as 20 across the site. Of the Wetlands star attractions in January, Firecrests performed the best with one or two being seen on most days of the month around the car park area and Engine House. 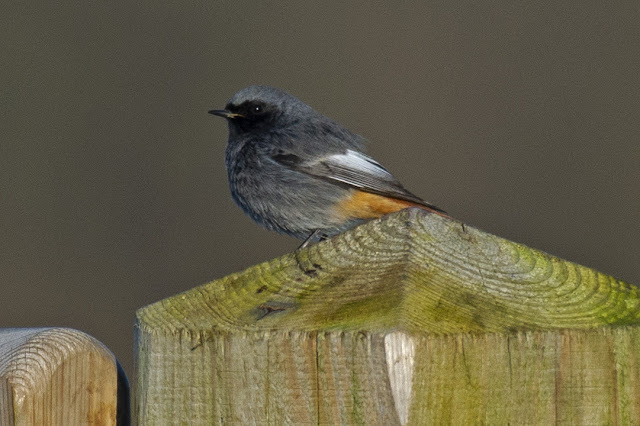 Very few Redwing were seen in January but flocks of up to 40 Fieldfare were seen around the complex both at the beginning and end of the month. A pair of Stonechats appear to be wintering. A stunning male Black Redstart - found again by SN - appeared at the south end of Lockwood on the 12th and remained all month. It is the first wintering bird on the reservoirs since 2017 which also turned up on January 12th. In the first few days of its stay, it fed regularly on the reservoir bank and towers but seemed to spend far more time out of sight on the nearby building site as the month wore on.

It was waiting for the Black Redstart to appear that LB saw the final good bird of the month when a Water Pipit flew low over him on the 18th. It is the first at the reservoirs since October 2017 when one took up residence for three days on East Warwick. Meadow Pipit numbers were low with five on the 1st the highest total.  The Linnet flock reached 60 at times but on other days were completely missing. The same was true of the Reed Buntings in No 1 reed bed which could be as elusive as the Bearded Tits but when conditions were right, up to five could be seen feeding high up.

In all 75 species were seen at the Wetlands in January with Snipe the only obvious omission. The total is four more than last year but five less than our fabulous 2018. Skylark and Red Kite - both seen by this time last year - along with Buzzard and Snipe are perhaps the likeliest candidates to add to the year list in February.


Posted by Walthamstow Birders at 11:28 No comments: