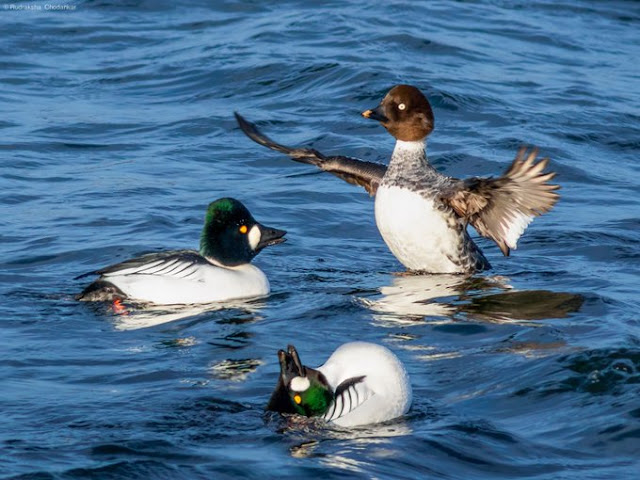 The Lockwood Goldeneye going through their morning work-out pic @rudraksh9

The New Year arrived, bird-wise, with something of a whimper not a bang at the Wetlands. After a solid 65 species seen on the 1st (one more than last year), only eight more were added throughout the rest of January. While the 73 species total is just one behind last year's monthly figure and two behind 2020, it was the lack of scarcities - probably a result of the settled mild conditions - which was most noticeable.

With the Dusky Warbler on Walthamstow Marsh never making the short hop to the Wetlands before it seemingly departed on the 9th, January produced nothing to compare with the Bearded Tits, Firecrest, Black Redstart and White-fronted Geese of the last two years. Resident Wigeon, early Buzzards and a Red Kite along with a Blackcap were perhaps the most unusual sightings although the Kingfishers, now of national fame, compensated throughout the month. 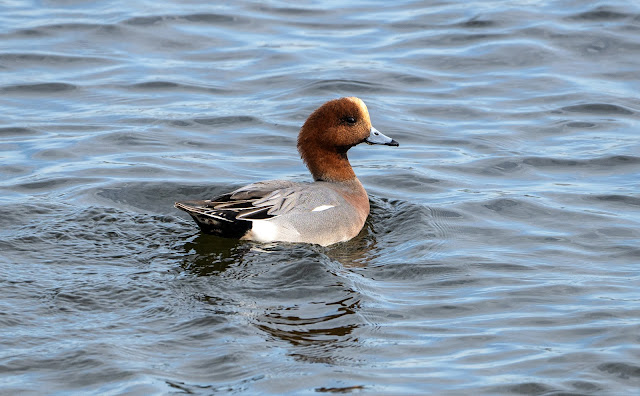 Wigeon were both unusually tame and site-faithful pic AMP

Wigeon don't usually linger for more than a few days so the two tame drakes which spent most of the month at the reservoirs - usually on High Maynard or asleep in the middle of the East Warwick island  - were notable.They were joined by a third bird on the 23rd.

It looks as if six Goldeneye are wintering, one down on last year's total and two below 2020's total so the trend is in keeping with the decrease across London. They have visited almost every reservoir but can most easily be seen on Lockwood where they can be surprisingly approachable. Up to three Goosander have also been seen daily but visited more regularly in the first half of the month. 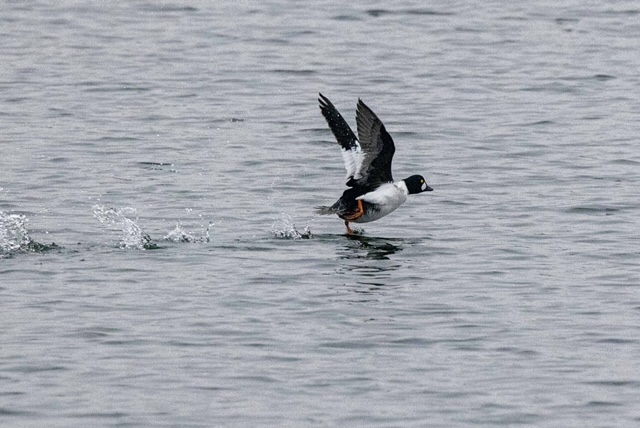 The only waders were the expected trio. The wintering Common Sandpiper continued until at least mid-month when the engineering work put its favoured No 5 reservoir out of bounds. A second was seen on the 10th. Single Green Sandpipers were also recorded on at least five days with its appearance depending upon low water levels in the flood relief channel. Frosty weather helped push single Common Snipe from the marsh onto the reservoirs banks or into the East Warwick 'doughnut' where at least two could be seen on the 13th. 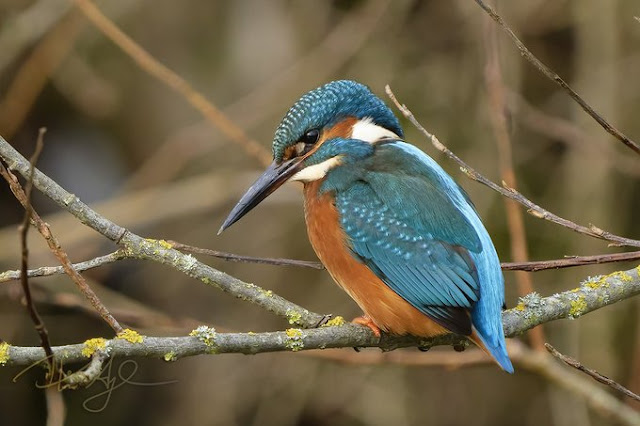 Early Buzzards were seen on the 24th and 31st with the last day of the month also delivering the first Red Kite of the year. Most of the month's excitement came from the Wetlands' Kingfishers which put on a fantastic show along the Coppermill stream. They embraced their celebrity status after AR's film of them was featured on the BBC's Winterwatch and performed for photographers and patient visitors throughout the month. 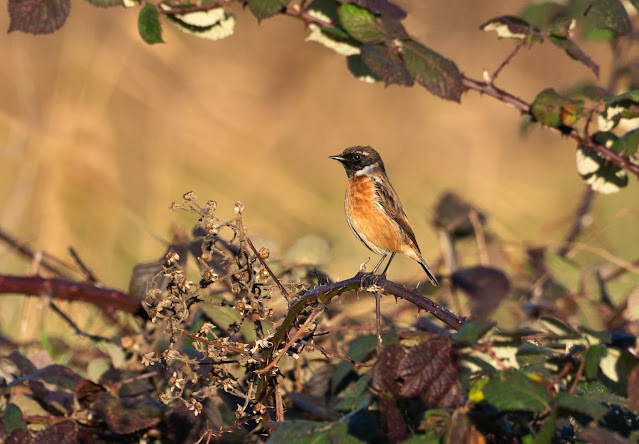 The male of at least one pair of Stonechats wintering at the Wetlands pic AMP
There was little out-of-the-ordinary among small land birds except for a Blackcap, a rare winterer at the Wetlands, on the 19th. Chiffchaffs were seen much more regularly as were Stonechats and small numbers of both Fieldfare and Redwing. Reed Buntings could be seen on calm days feeding on the seed heads in the No 1 reed-bed while a large flock for the Wetlands of 20+ Linnets fed in the flower meadow south of the Engine House. 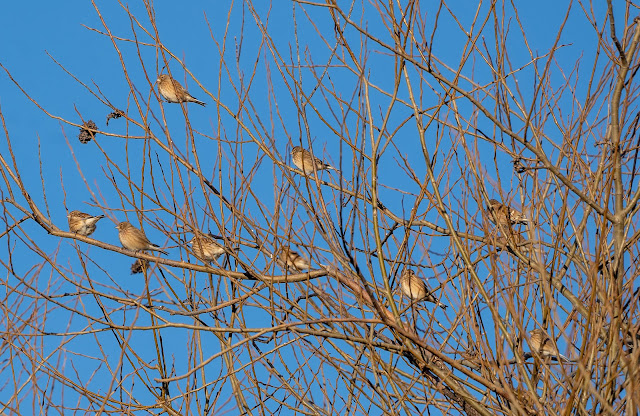 Posted by Walthamstow Birders at 20:14 2 comments: