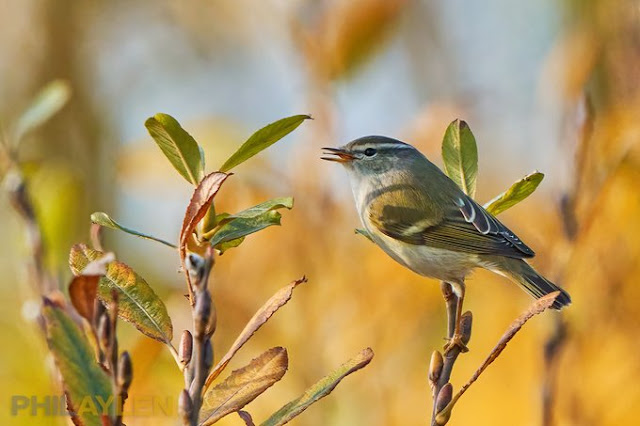 Stunning shot of the Wetlands' first and usually elusive Yellow-browed Warbler pic @OwlTurbot
November lived up to its reputation as a month when while numbers of birds and species can be  low, it can produce some very good records. To widespread delight, the Yellow-browed Warbler was re-found and eventually stayed faithful enough to a small area to enable it to be added to patch lists. November also saw a second Kittiwake of the year along with Woodcock, Rock Pipit and two Black Redstarts but looked until the last day as if it would be the first month without adding to the annual list. That changed when a White-fronted Goose - the first since 2017 - was found and showed wonderfully well. It takes the year list to a remarkable 145 - more than was seen in each of the last three years. 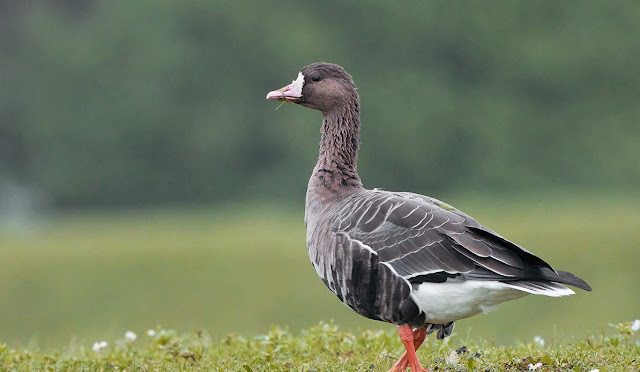 The first White-fronted Goose since 2017 forgot it was supposed to be wary  pic @OwlTurbot
The Russian White-fronted Goose was found by RE around Lockwood early on a very foggy morning and was the first of a remarkable influx which saw birds turning up on parks and playing fields across London. It is thought cold weather forced a movement from Europe with the fog disorientating birds so they landed on the first green space they saw. It is the first at the reservoirs since a one-day bird in March 2017 which apparently associated with Greylags. This bird teamed up instead with Canada Geese and spent the day around Lockwood, gaining courage from the tameness of its new friends. 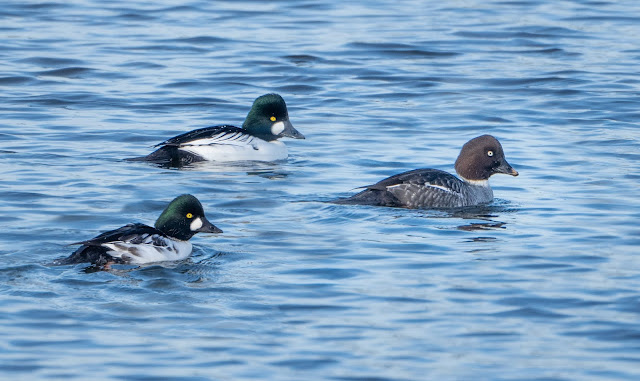 Goldeneye were late returning but four at least were back by month's end pic AMP
The long-staying young Shelduck finally departed its No 3 home in early November with the first pair of adults returning after the autumn at the coast on the 26th - later than both last year (8th) and 2018 (21st). It continues to be a good autumn for Wigeon with single birds on the 19th & 26th and four on the 28th. The first wintering Goldeneye turned up on the 3rd with at least four by the end of the month. Goosander were right on schedule with the first on the 17th - two days earlier than last year - and one or two making regular visits from further up the valley towards the end of the month. A Black-necked Grebe re-appeared on Lockwood on the 3rd.
Waders put in a better showing than in October, particularly Lapwing with records on nine days with a peak count of nine going south on the 9th. Four Dunlin flew round Lockwood before going east on the 28th while the second Woodcock of the year was seen by PR & TR on the 5th. What may be the same wintering Common Sandpiper returned to No 5 on the 2nd, just one day later than last year. Green Sandpipers were also more regularly seen with singles on the 20th, 27th & 29th with two on the 28th. 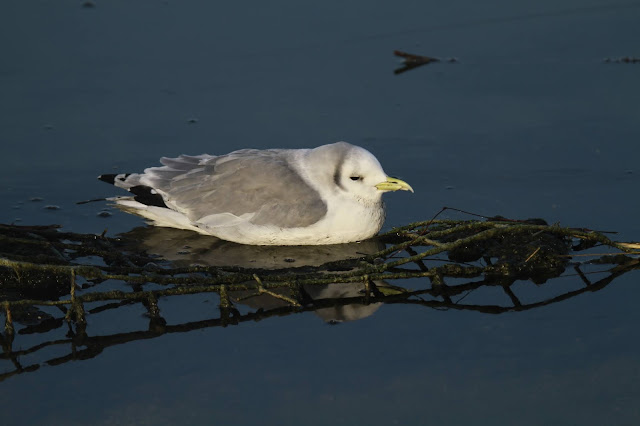 The second Kittiwake of the year was sadly an injured adult pic @Callahanbirder
After DC found the first Kittiwake for three years last month, he amazingly found a second - this time an adult - on the 5th on the side of Lockwood. Sadly it was not in a good state with a smashed bill and, though taken into care, died overnight. The only other gull of note was a Yellow-legged on the 27th with a couple of other probables during the month. Buzzards were seen over the Wetlands on the 4th & 5th but what was more unusual was the one that landed, to the consternation of the local crows, on the No 3 island on the 8th.
Coal Tit continued their long-anticipated  move from rarity to scarcity status with another on the 4th. Only one Skylark was recorded last November but this year they were seen on at least four days with 12 over on the 5th and six on the 7th.  There was a late Blackcap on the 1st but the star warbler was very much the Yellow-browed which DC - who is on a very good run - re-found and finally saw on the 19th and again on the 27th before it settled down from the 29th into December in the willows along the Lea. 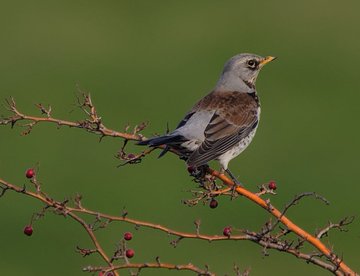 A few Fieldfare enjoyed the berry bushes at the Wetlands this month pic @sjnewton
Redwing were scarce this month with four on the 8th the highest count but Fieldfare, in the reverse of October, were commoner with a maximum daily total of 42 over on the 5th and small numbers feeding at the Wetlands itself. The 5th & 7th saw seven Stonechats again recorded with three still being seen towards the end of the month. There was a better showing from Meadow Pipits than in recent years with birds both passing over and feeding at the Wetlands in small numbers. 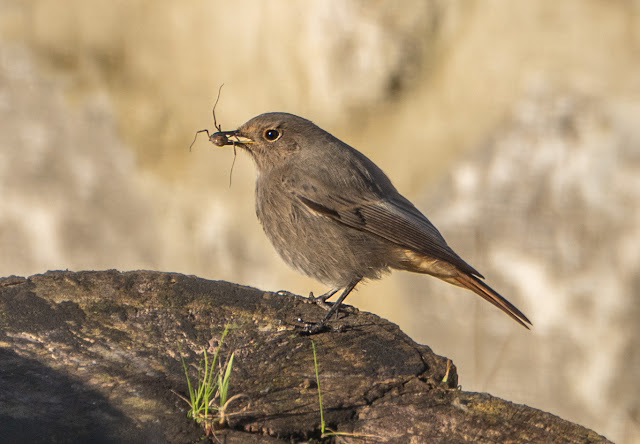 In a good year for Black Redstart, two were seen this month pic AMP
There were two more records of Black Redstart - a bird which often turns up only once a year - with TR finding one around High Maynard on the 11th and another on the main path south of the Engine House on the 23rd. It has also been a good autumn for Rock Pipit with another, perhaps the fourth, seen by LB on the 3rd while Siskins kept up their excellent showing with singles on the 1st & 5th and two on the 7th.
DB @ Porthkillier

Posted by Walthamstow Birders at 15:21 No comments: