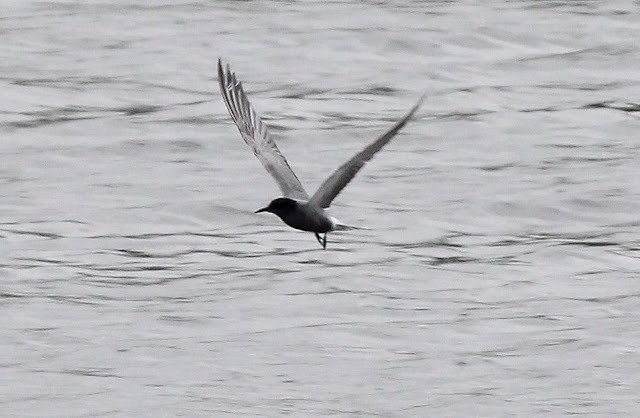 May saw breeding well under way at the Wetlands but in terms of migration it was lacklustre, confirming again that Spring passage is pretty well over by the end of April. But the month did add Black Tern to the year list as well as the more expected Garden Warbler and Hobby. It also saw a steady passage of waders although without Sanderling or Turnstone which would have taken the total for the year beyond the current 116 - a figure well behind 2018's 131 and 2017's 128.

Three Shoveler unusually stayed until at least the 4th on East Warwick where a drake Garganey, perhaps the bird which visited the reservoirs twice in April, turned up on the 14th. Two very late Goldeneye were on West Warwick on the 7th, more than three weeks after the last wintering birds had departed. Water Rails continued to be heard in the No 1 reedbed in the early days of the month. 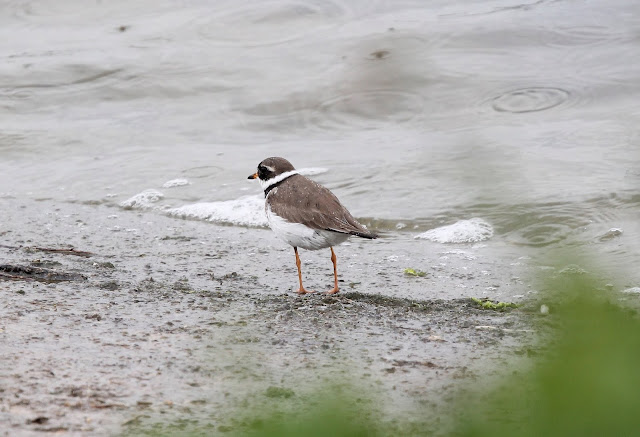 The second Ringed Plover of the year was found by EDH and PG on East Warwick on the 8th, part of their reward for not being put off by torrential rain. It is unfortunate that the best chance of seeing an unusual wader at the Wetlands seems to be when the place fully lives up to its name. Little Ringed Plovers continued to be seen intermittently on East Warwick throughout the month. The last Common Sandpipers were on the 17th when five were seen while a Redshank was recorded on the 14th. Dunlin, which had been scarce this year, were seen on 8th, 10th and 12th. 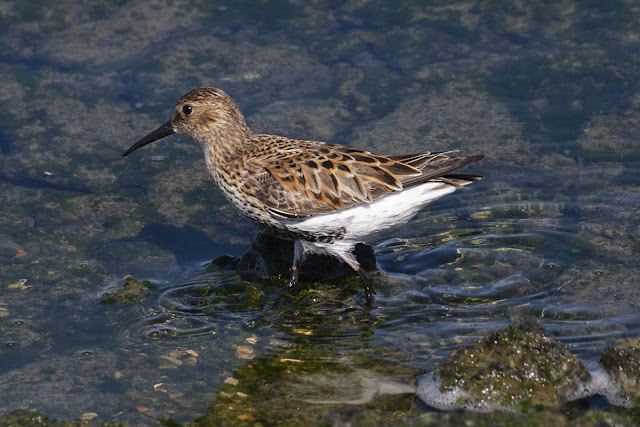 The ethical dilemma of whether five Black Terns distantly seen by PL and LB feeding over Banbury from Lockwood on the 7th could be counted on the reservoirs' year list was fortunately solved when two superb full summer birds were found by our soaked heroes EDH and PG next day. They departed as soon as the rain stopped. Arctic Terns continued to pass through with one on the 4th and two next day. Common Tern numbers dwindled throughout the month and sadly it seems as if this year may be the first for many when they don't breed on the reservoirs. As recently as 2010, Walthamstow had 40 pairs, the largest colony in London. But as rafts have floated to the shore, become overgrown or been taken over by large gulls, numbers have declined so drastically that only one pair bred last year. The good news is the London Wildlife Trust and Thames Water have plans to build new rafts and re-float existing ones in plenty of time for next breeding season. 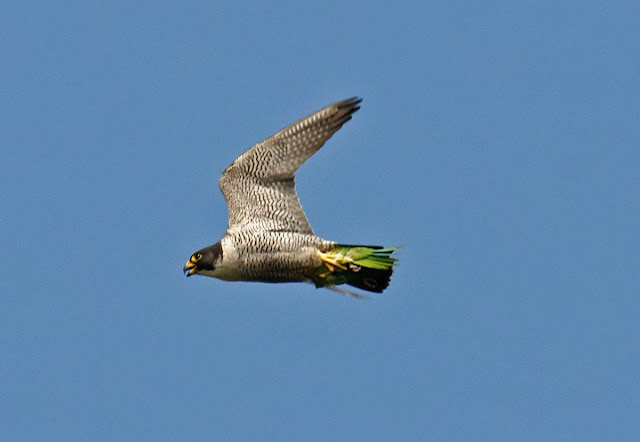 Red Kites were seen on the 21st and 27th. Peregrines continued to be seen around the reservoirs with hopes high of breeding again nearby. That does not seem to be case with Hobby, as it can be in some years, with the only record being one on the 9th.  Jackdaws were seen on the 2nd with three on the 29th.

The first Garden Warbler was on the 7th with one singing in the same area on the 23rd, again giving hope that they might be nesting. There was plenty of breeding activity from Blackcaps, Chiffchaffs and Reed Warblers while Common & Lesser Whitethroats and Sedge Warblers were singing on site.

The final Wheatear of the Spring was seen on the 11th while Yellow Wagtails continued their good year with five on the 4th and singles on the 2nd, 8th and 11th with the last on the 19th.  After several years when Greenfinches have been scarce, numbers seem to have bounced back - as they have with Song Thrushes - with family parties seen regularly in the bushes around the Engine House as well as elsewhere on the reservoirs.


Posted by Walthamstow Birders at 17:34 No comments: