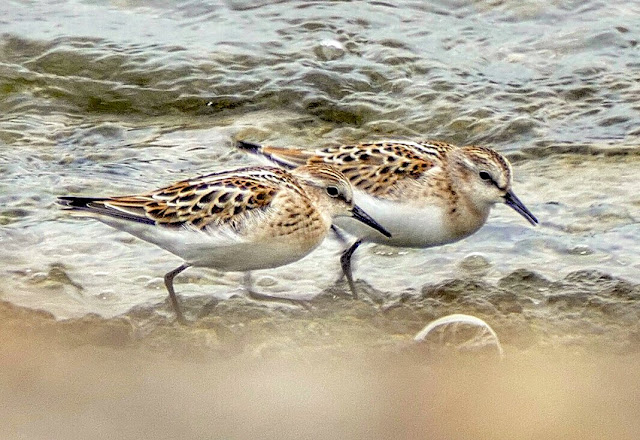 These Little Stints lit up a rather disappointing month pic @HarringayBirder

The star birds of September were two obliging Little Stints - the third ever record for the reservoirs - which spent a morning on Lockwood. Red-crested Pochard and Tree Pipit were also added in a month which, after an excellent start continuing August's late purple patch, petered out.  But it did produce Black Tern, Marsh Harrier and Coal Tit, all second records for the year, along with a smattering of uncommon waders and other migrants. The three additions take the annual list to 141, still above the 139 of last year and 2018, and well ahead of 2019.

Just as last year, Red-crested Pochard waited until September to make an appearance at the Wetlands with a single on the 10th, eight days later than in 2020. More unexpected was the drake Common Scoter which made a brief stay on Lockwood on the 1st. The highest count of Shoveler was 74, below the 100-plus flocks of the last couple of years although they may have only migrated to nearby Woodberry which has had larger numbers than usual. 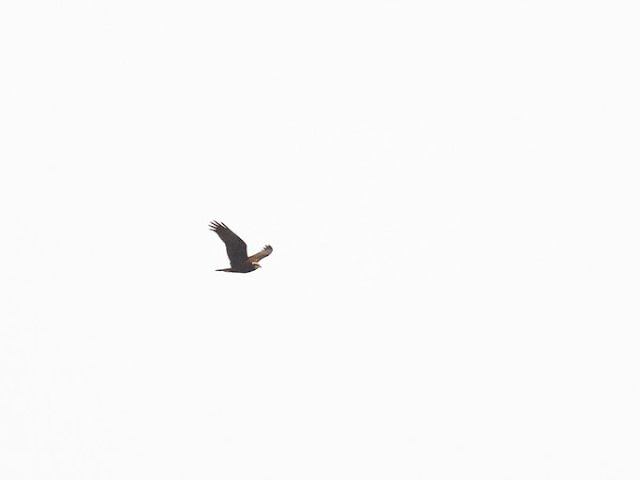 In the best ever year for Great White Egrets, singles were seen going north on the 3rd & 5th and south on the 19th with a report on eBird of another on the 25th. The numbers seen this year must be fast approaching the total recorded before 2021.The second Marsh Harrier of the year was picked up over East Warwick by RE on the 4th and kindly made its way north so slowly that all the birders on site caught up with it.

The 4th also saw a Buzzard, which continue to be scarce this year, forced to land in the trees around Lockwood by a gaggle of crows while a Red Kite went over on the 22nd. After last year’s flurry of Hobby records in September, this year returned to normal with just a single on the 12th. Unless a late Osprey flies over, this will be the first year since 2015 when the species has not been seen at the Wetlands. 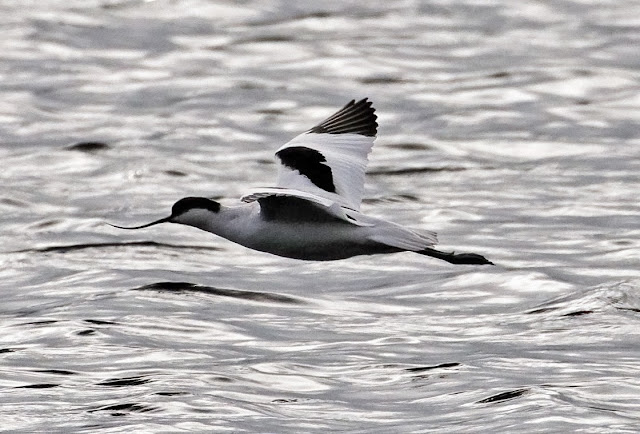 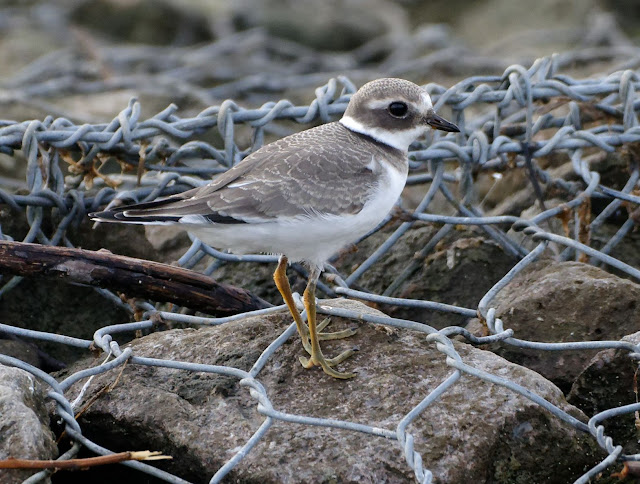 Nine species of wader were seen on the reservoirs this month compared to five last year. SN's Captain Ahab-style hunt for an Avocet on the reservoirs finally ended on the 4th when he found and photographed one which settled briefly on Lockwood. He also found a juvenile Ringed Plover - the fifth of the year, a much better showing than normal - on the same reservoir on the 14th after torrential rain. The monsoon brought down a Lapwing while a Curlew circled East Warwick. There was another Lapwing on the 19th while four silent Curlew or Whimbrel flew west on the 11th. 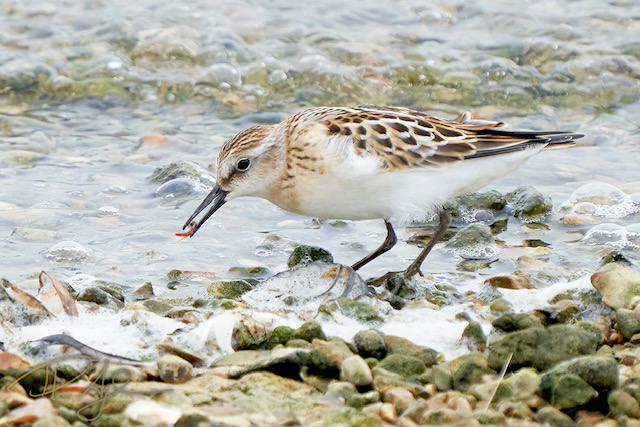 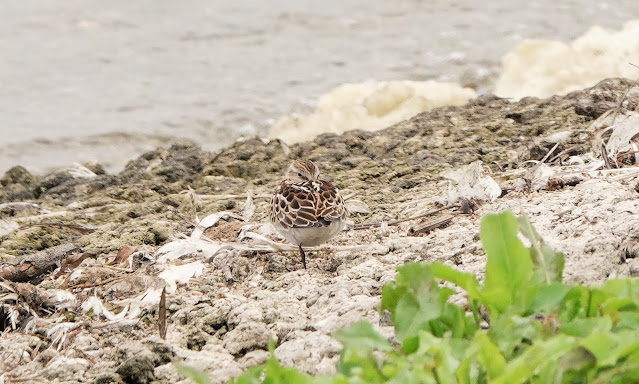 The most welcome birds of the month - and not just because of their rarity - were the two Little Stints found by PR & TR on the 2nd. They were incredibly tame as they wandered up and down the Lockwood shore. They are only the third record for the reservoirs with the last bird in September 2019 particularly painful for a group of local birders - including the finders of this pair - as it was flushed just a couple of minutes before we got there. The first record was back in 1998 so another sighting was not expected for a couple of decades.

A Snipe was seen on the 3rd and a Redshank on the 6th. The peak count of five Common Sandpipers on the 1st just beat last year's maximum of four with the last migrating bird seen on the 13th. Green Sandpipers were seen on at least five days but the constant presence of a family of foxes on their favourite ramp did little for sightings. The first Water Rail of the autumn was heard on the 27th, a week later than last year. 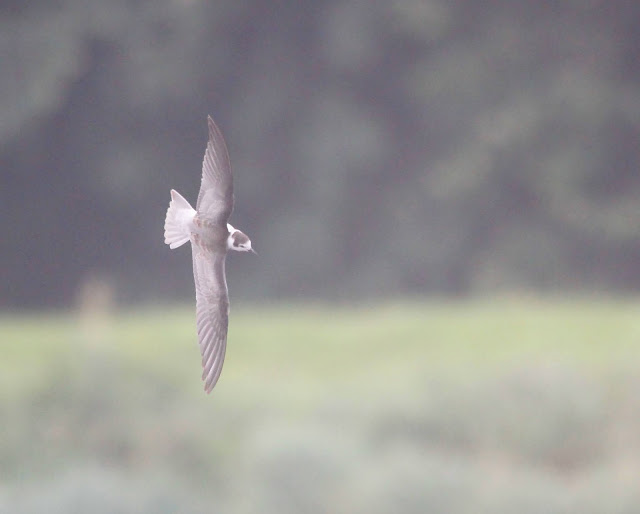 It has been the best year for a long time for Cuckoo at the Wetlands with at least four birds by August and September produced another on the 1st. There were still 35 Swifts over the Wetlands on the 3rd but numbers quickly fell with the last bird on the 7th, four days before the final record of 2020 and a full week ahead of 2019, After the second and third record of Raven in February, PL had another on the 16th. Along with the Egrets, this is another species which is likely to become commoner.

The second Coal Tit of the year was found by AMP in a mixed flock on the 11th. House Martins lingered on around their filter beds colony until the end of the month but there were few records of Sand Martins and, depressingly, none of Swallows at all. Cetti's Warblers, after falling silent over the late Summer, re-found their voice and could be heard across the site. 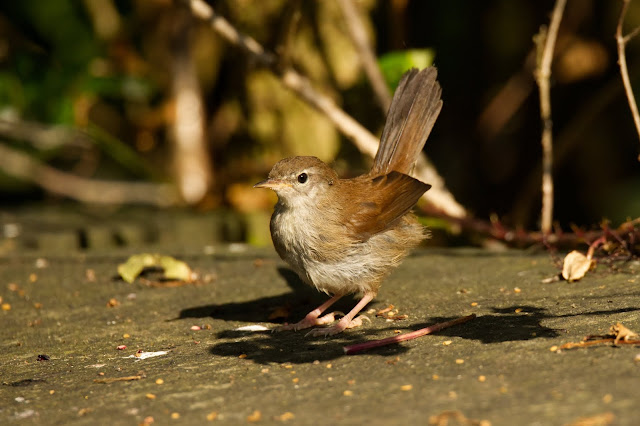 Cetti's are resident but it seems as if the summer warblers departed slightly earlier than last year. The last September record of Sedge Warbler was on the 18th (29th last year), Reed Warbler 21st (22nd), Common Whitethroat 13th (24th),  Lesser Whitethroat 21st (26th) although a singing Willow Warbler on the 19th (16th) did its best to buck the trend. 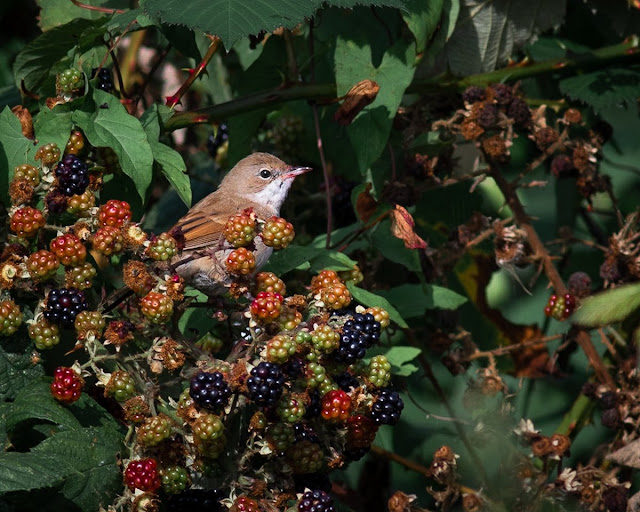 Warblers, like this Common Whitethroat, seemed to have left slightly earlier pic @rudraksh9

The poor autumn for Spotted Flycatchers at the Wetlands - although not at other London sites - continued with just one brief appearance on the 7th. In contrast, they were seen on six days last September. The day before saw the second Redstart of the year appear briefly just inside the main north gate with perhaps the same bird turning up two days later across the road. 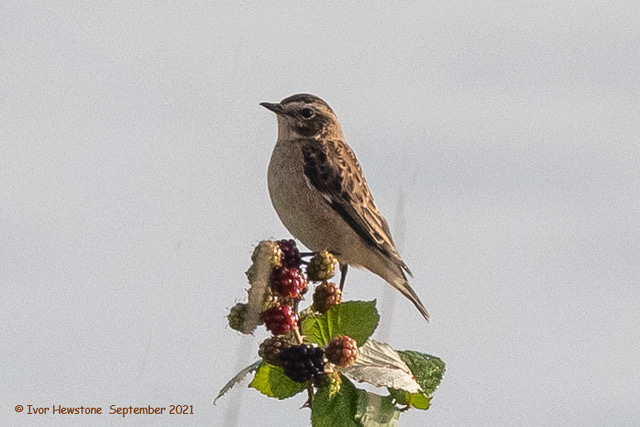 There seem to have been plenty of Whinchats around the London area but only four singles at the Wetlands; on the 2nd, 7th, 11th and 21st. Stonechats took their time arriving with the first record at the reservoirs not until the 20th, six days later than last year. Wheatear were seen regularly throughout the month with two still on the 29th and a high peak count for autumn of seven on the 11th. 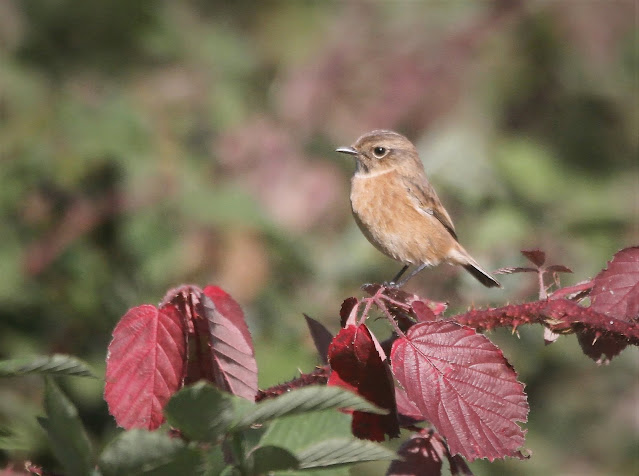 Single Yellow Wagtails were recorded on at least ten days, presumably on their way to join the mass gatherings down on Walthamstow Marshes where a remarkable 15 were counted feeding on one day. The first Meadow Pipit of the autumn arrived on the 12th, eight days later than last year, with small numbers flying south or around the reservoir banks until the end of the month. Tree Pipit remains a rarity at the reservoirs so the bird RE heard over Lockwood on the 15th was a welcome addition to the year list.

Posted by Walthamstow Birders at 16:44 No comments: