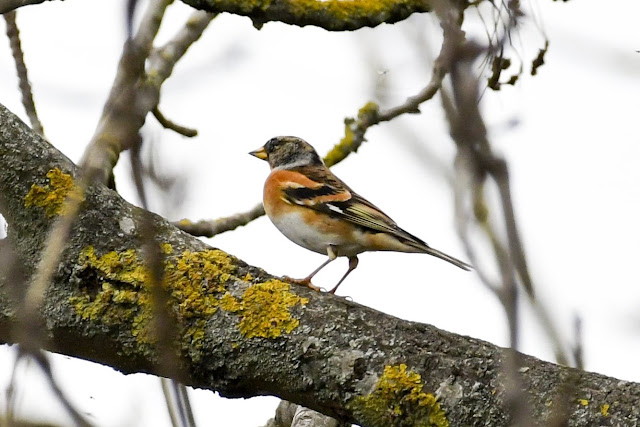 March was never likely to match the Wetlands' extraordinary month in 2018 - particularly as we had no 'Beast from the East' - but the arrival of the first summer migrants always makes it a good time to be birding. The highlights were the first of what we now know was going to be a remarkable passage of Little Gulls.  More expected additions to the year list were Buzzard, Rook, Sand Martin, Red Kite, Redshank, Wheatear, Blackcap, Little Ringed Plover, Brambling, Red-crested Pochard and Wigeon which takes the total of species seen at the reservoirs by the end of March to 89. This compares with 107 in the previous two years which gives an indication of how lacklustre the winter has been. 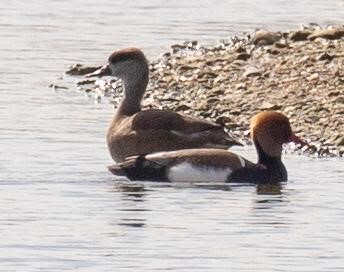 The first Wigeon of the year was a one-day female on No 5 on the 27th and the first Red-crested Pochard were four on the 26th with three drakes seen intermittently to the end of the month. The drake Scaup is clearly developing a liking for the Wetlands as it is staying later each winter. It remained throughout the month, beating its previous latest departure date of March 26 last year. Up to four Goosander could be found on Lockwood - usually early in the morning - with the last one seen on the 27th. The highest count of Goldeneye was nine on the 18th with six remaining until the 31st. 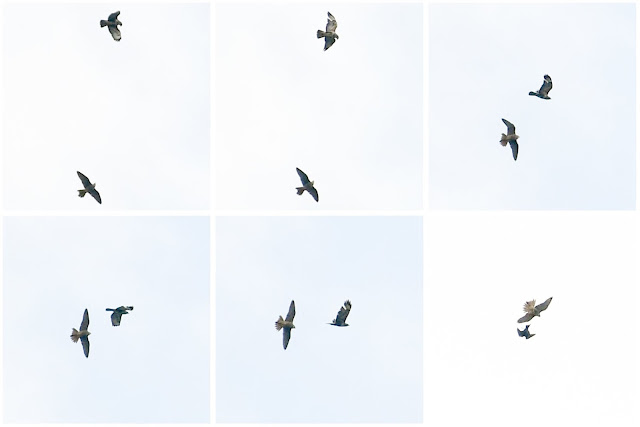 One that got away was a Cattle Egret seen by SF going north over Banbury Reservoir early on the 8th which may well have roosted with the other egrets on the Wetlands. It was looked for on subsequent days with no luck. Bang on schedule, the first Buzzards of the year were two on the 4th followed by records on the 8th, 19th, 27th & 28th. The first Red Kite, again as expected, was on the 14th. Both Peregrine and Sparrowhawk were regularly seen displaying and hunting over the Wetlands with Kestrels seen more infrequently. 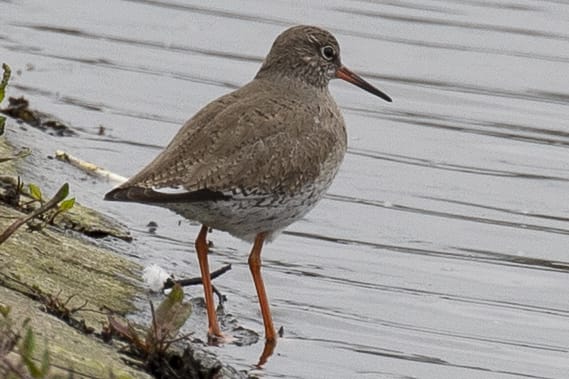 Overdue but obliging Redshank on No 4 pic Ivor Hewstone

Waders have been particularly scarce so far this year on the reservoirs. The first Redshank was only seen on the 17th with the second found five days late while there were only single records of Oystercatcher on the 8th and Lapwing on the 28th. 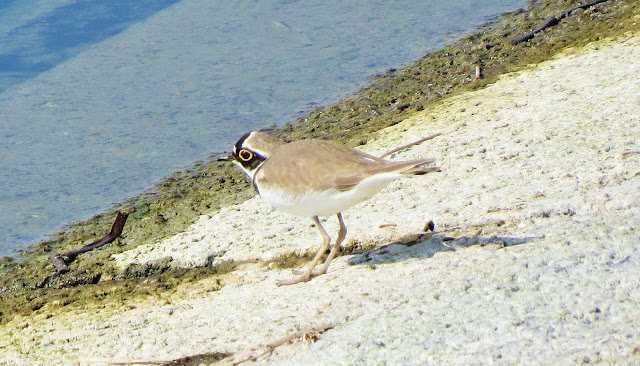 The first Little Ringed Plover was on the 18th, three days later than in 2018, but unlike last year when there was only one in March, they were also recorded next day with two on the 23rd & 29th. For the second time this year, East Warwick hosted a Black-tailed Godwit, a species which is usually only seen flying over.  Snipe and Green Sandpipers continued to be recorded irregularly but there was still no sign of any Common Sandpipers.

An adult Yellow-legged Gull was on the filter beds on the 21st but the best record of the month were four Little Gulls on the 31st. Not only are Little Gulls just about annual but these were found from the Coppermill Tower by visiting birder MB feeding over West Warwick - the first known record from the viewpoint.

March is the best month for Rook, which is scarce at the Wetlands despite being common just a few kms north. There was only one record this year with two flying east over Lockwood on 4th, nine days earlier than first last year when birds were also seen on two other dates. Passage Jackdaws were also seen in small numbers.

The extraordinary warm spell of late February saw the first Sand Martins making it to London exceptionally early but the Wetlands had to wait until the 9th for the first record which was still four days ahead of 2018. The next three were on the 20th with a big arrival on the 31st when 35 were seen. 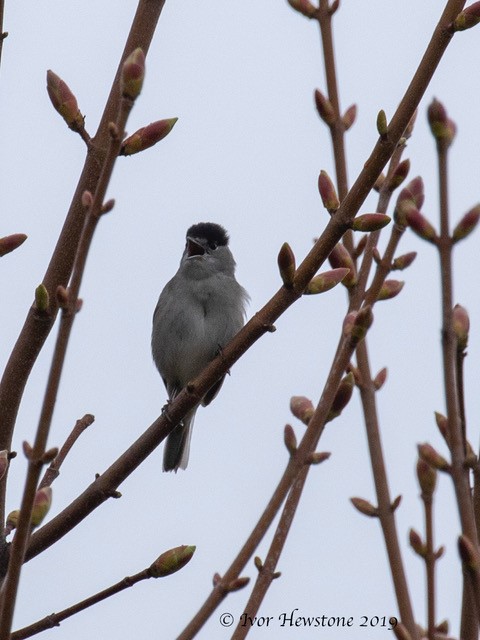 The first singing Blackcap was heard on the 22nd, a day earlier than last year with good numbers in full song by the end of the month. No migrant brings more joy than the first Wheatear of the Spring. As usual, the first to arrive was a male on the 18th, two days later than in 2018 and six days later than in 2017. The cold northerly meant it stayed on Lockwood for four days, being joined by a female on the 20th, with another male arriving on the 30th. 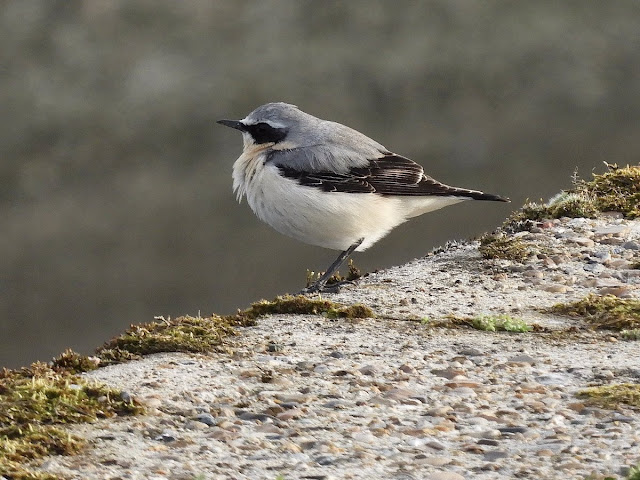 Meadow Pipits were seen and heard moving north throughout the month with over a dozen recorded on the 18th.  Good numbers of Fieldfare remained on the Wetlands with high counts of 50 on the 1st and 25 on the 19th. It now seems clear the reservoirs host a small numbers of Brambling as they make their way north in the Spring. The first - a superb male - was found by JD on the 21st with two on the 22nd & 23rd with perhaps the same male on the 26th & 27th.

April is traditionally the best month for birding at the Wetlands which is why it is when the annual patch day takes place. This year - the seventh dawn to dusk recording blitz - is being held on Saturday April 27. Everyone is invited to take part to see if the 88 species seen on the reservoirs and wider patch in 2017 can be beaten. See the next post for more details.....

Posted by Walthamstow Birders at 19:17 No comments:

On the 27th of April, some of the birder’s of Walthamstow will be doing their dawn till dusk 'Annual Walthamstow Patch Watch' day. It’ll be our seventh one.

Anyone is welcome to contribute and get involved. Timely news of birds on the patch will be appreciated by all taking part. Those on Twitter can use the hashtags #AWPW7, #walthamstowbirders or the usual #londonbirds to post news of birds on the patch. It all helps the birders on the day connect with birds and not to mention totting up the list at the end of the day. The ‘Latest News’ page on the London Wiki https://londonbirders.fandom.com/wiki/LatestNews is a good place to put sightings (though not as immediate as Twitter).

As for previous AWPW lists:

As you can see, the average is around 80. Hopefully we can at least match last year’s tally.

This is the patch boundary we will be following on the day: 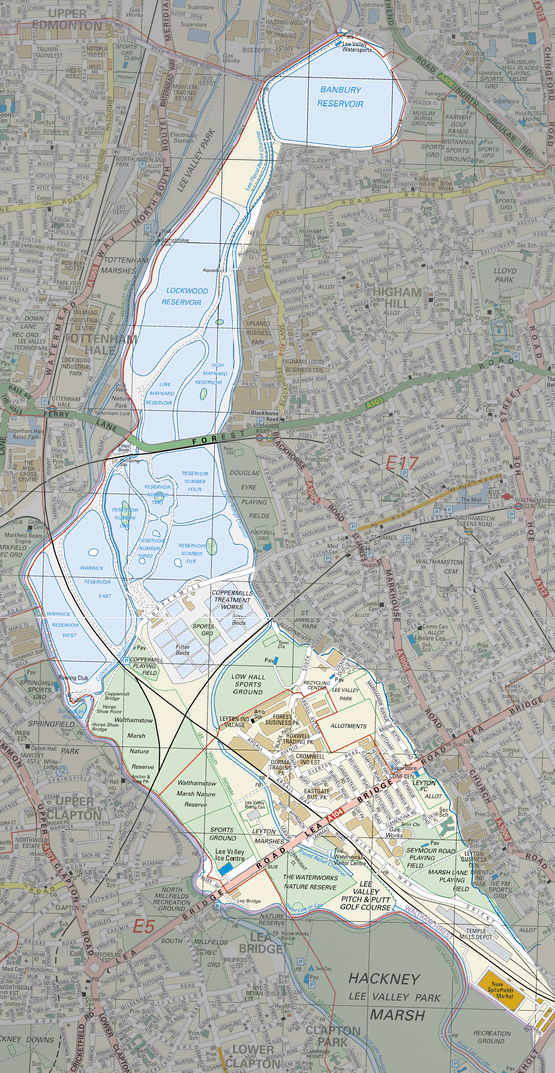 Anything seen on or from the patch counts.

For anyone taking part, here is a useful tick list for the day: 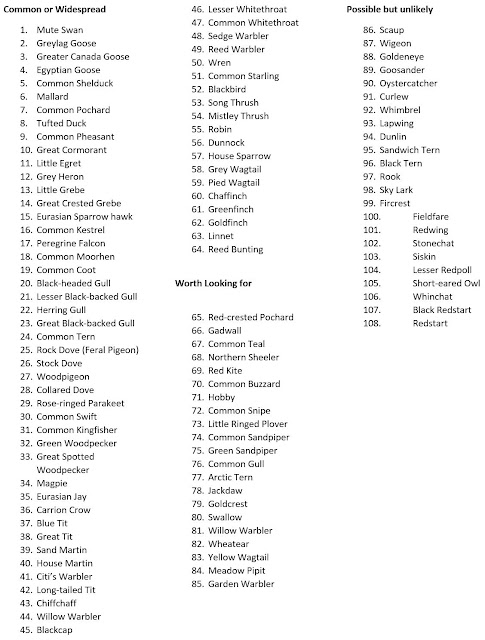 All the best on the day

Posted by Walthamstow Birders at 10:47 No comments: