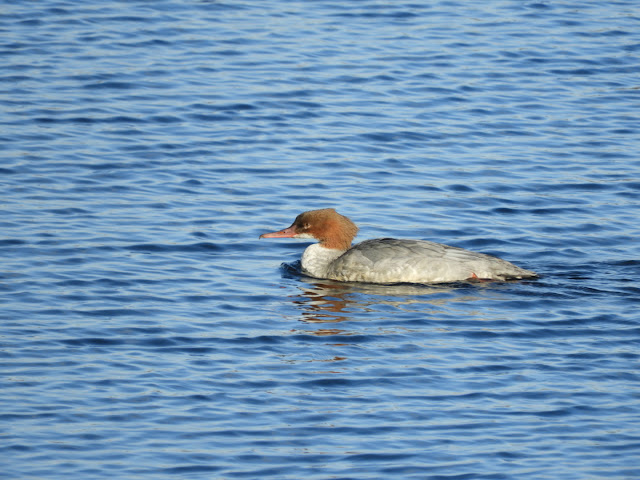 November, as expected, was a much quieter month with visible migration petering out pretty much after the first week and no cold spell to push wintering birds south and west. But it did add Brambling to the reservoirs' year list and saw the second Short-eared Owl and a smattering of ducks.

Shelduck numbers remained low with a maximum of four on 17th.  Nine Wigeon which flew south from Lockwood on the 7th was a surprisingly large party for the reservoirs. More usual were the singles seen on the 8th and 30th. Goldeneye also built up slowly with a maximum count of five on the 19th and 25th. Goosander are usually very wary when they visit the reservoirs so the tameness of a female on the Warwicks from the 2nd to the 8th was a surprise. Another flying over on the 23rd was a more normal record. Intriguingly, there was a report of a Red-breasted Merganser for Walthamstow on the 25th but this may refer to a bird seen on the Banbury to the north.

The Black-necked Grebe left Lockwood on the 5th after the first real frost of the autumn. Four Pheasants were seen at the north of Lockwood on the 17th. Sparrowhawk, Kestrel and Peregrine were the only birds of prey seen this month. Waders were also scarce with 11 Lapwing on 9th and single Redshank recorded on the 7th and 12th with two on Lockwood on the 15th. Up to three Green Sandpipers and two Common Sandpipers seemed to be settling down to winter on the reservoirs. 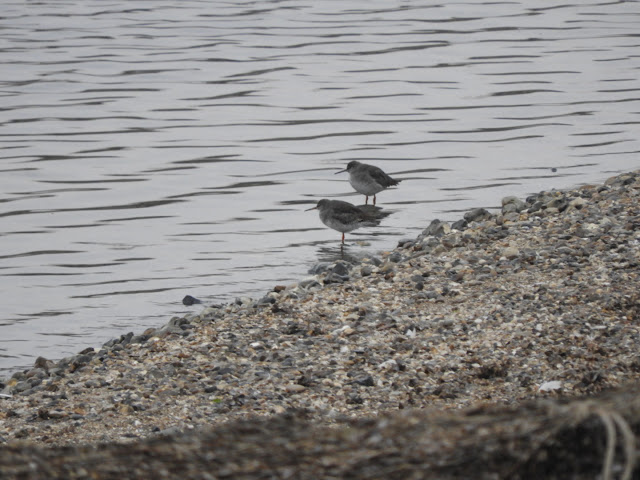 A pair of Redshank on the north end of Lockwood

The highest passage of Wood Pigeon was 600 going SW on the 6th while the second Short-eared Owl of the year at the north end of Lockwood on the 1st was enjoyed more by viz miggers than the resident crows. Low numbers of Skylarks passing overhead early in the morning are expected which was not the case with a very late Swallow which hurried south on the 3rd. Meadow Pipit passage reached a peak of 25 on the 2nd with a handful taking up residence around Lockwood where LB also had a Rock Pipit on 8th. 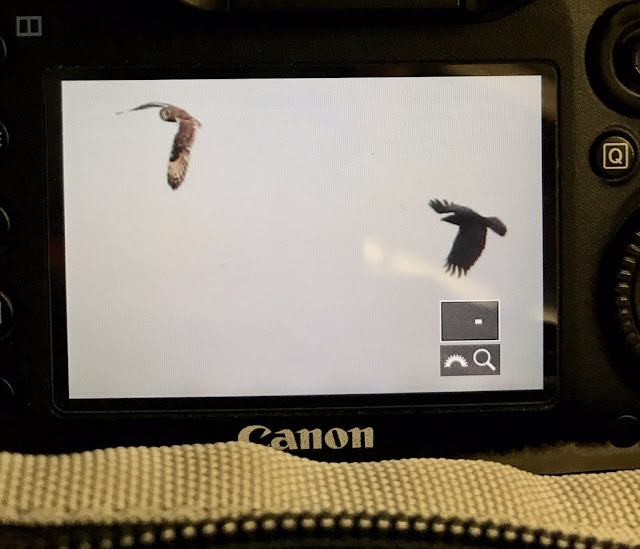 Up to two Stonechat were seen intermittently on the Warwicks throughout the month. Enough hours were put in early morning on Lockwood to prove that it does not do as well for visible migration as other sites across London. The maximum number of Redwing this month was 110 on the 8th with peak count of Fieldfare just 40 on the 2nd. The small number of Chiffchaffs which remained on the reservoirs included a calling Siberian Chiffchaff on the 23rd. In contrast, Goldcrests seem more common than usual for the site.

Among the Chaffinches flying west on the 2nd was a calling Brambling - the 138th species for the reservoirs this year. The 2nd also saw a fly-over Siskin with second on the 12th. Unhappily, five almost certain Hawfinches on the 1st passed just too far away to add with certainty to several all-time patch lists. Those young enough may have to wait until the next invasion in 40 years' time.....
Reed Buntings, helped by the new reed beds, have definitely increased in numbers as was shown by  four feeding together at the north end of No 1 on the 6th. 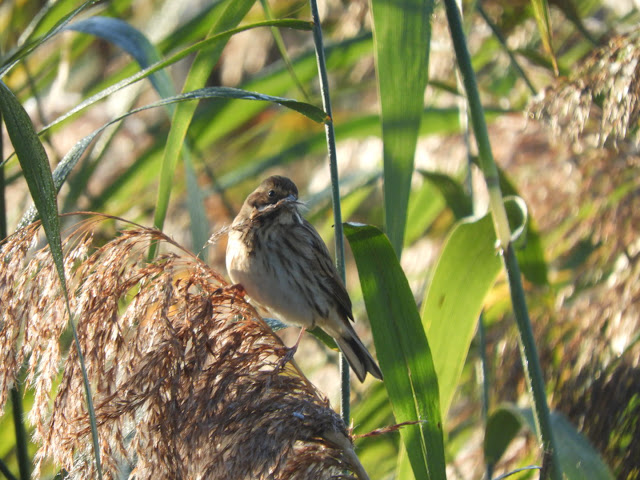 DB @porthkillier
Posted by Walthamstow Birders at 20:57 No comments: