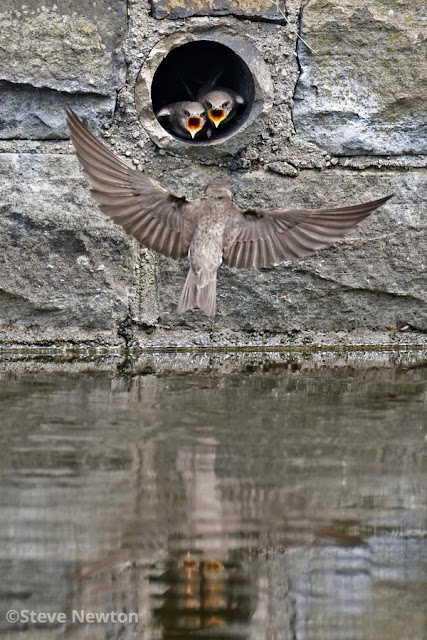 
Summer this year may not have produced anything as unusual in London terms as 2018's pair of Long-tailed Ducks but it did add a solid six species to the annual list including a genuine mega-rarity for the reservoirs in a Treecreeper.  It seems, astonishingly, that the last known occurrence may be nearly 30 years ago. The other additions were the first Curlew and Mediterranean Gull since 2017, Wood Sandpiper - the first species to join the annual list from sound recordings - along with Coal Tit and Barnacle Goose.  They take the total at the end of July to 122.


It is breeding birds, of course, which dominate the summer and, leaving aside the sad confirmation that Common Terns failed to nest, it seems to have been a productive season. It looks as if around 10 pairs of Pochard hatched young to continue the increase noted last year while broods of Tufted Ducks, which are late breeders, had already reached a similar total by mid-July. Four pairs of Shelduck also bred with 11 young surviving along with one pair of Gadwall. Sand Martins - for the first time in a few years - bred successfully in a drainage pipe near the Coppermill Tower. 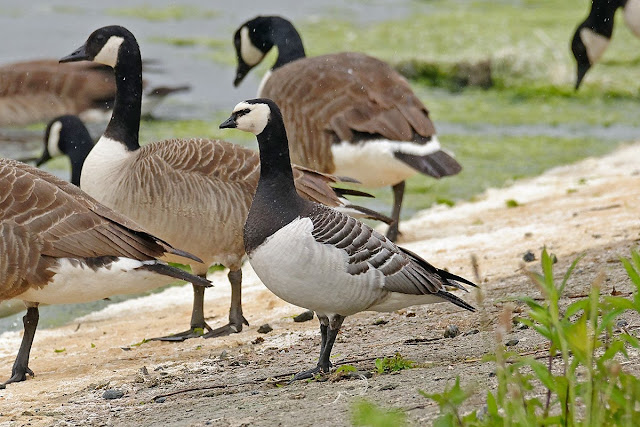 Canada, Greylag and Egyptian Geese also seem to have had very good breeding seasons with family parties right across the site. A count in preparation for the ringing round-up of 503 Canada and 130 Greylag was made on June 17th. A Barnacle Goose - whose visits to Walthamstow are usually one-day affairs - stayed barely long enough on East Warwick to be photographed by SN on June 7. 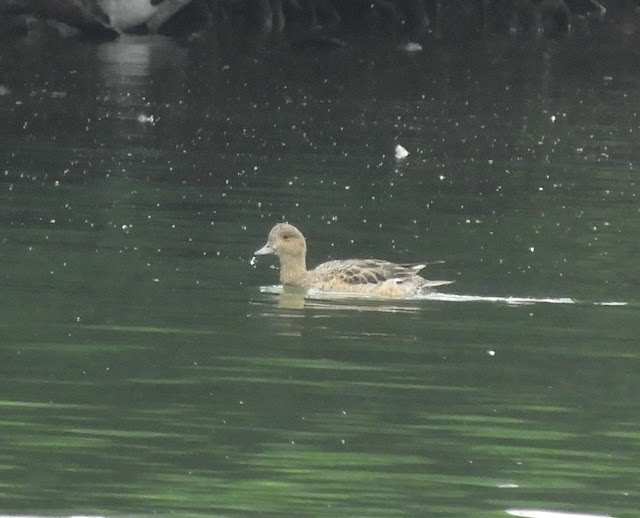 The summer brought unseasonal ducks with a female Wigeon on No 1 from June 4th to the 19th and a drake Scaup - a different bird to the regular wintering individual - on East Warwick  on June 3rd and 4th which had probably been present since the beginning of the month. The first returning Teal was seen on July 7th and the last Shelduck seven days later. Tufted Ducks are finding the reservoirs even more attractive than usual with 2105 counted on July 30 - nearly 400 more than the highest total last year.

Kestrel, Peregrine and Common Buzzard at the Wetlands in June pic by @sjnewton


Common Buzzards were seen on the 11th and 17th of June. Four Peregrines hatched from a site overlooking the reservoirs, three seem to have fledged and at least two noisy youngsters could be seen and heard on the pylons within the wetlands throughout July. Hobby were recorded on four days with singles on June 13th, July 2nd, 16th and 21st. 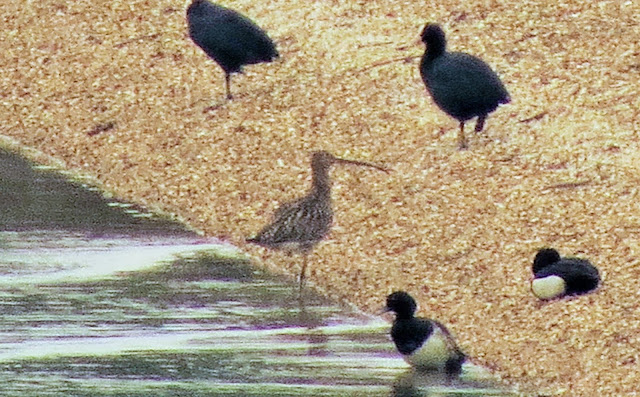 Curlew and Wood Sandpiper were the two star waders of the summer with nine species in all being seen and heard over the two months - one more than last year.. The Curlew, found on June 25th by LB on Lockwood from his loft window, was only the third record since 2014. It may well have spent the next day on the more secluded surroundings of Banbury as one was seen next evening by LB again from his house going south.

The Wood Sandpiper, one of a large influx into the country at the time, wasn't seen by anyone but was heard calling on the recordings DDL was making on July 28th for his presentation on nocturnal migration for the Wildlife Festival. It is the second year on the run the species has occurred at the reservoirs with a flock of five seen last year flying over No 5. Among other waders calls captured on the recording were four from Oystercatchers, one from Lapwing and no less than nine from Little Ringed Plover.

June and July also produced a nice smattering of waders on East Warwick including a remarkable gathering of five Lapwing, a Redshank and a juvenile Little Ringed Plover together on June 27th. The young LRP, along with the recordings and regular sighting over adults over the summer, is evidence that the species may have bred close-by. 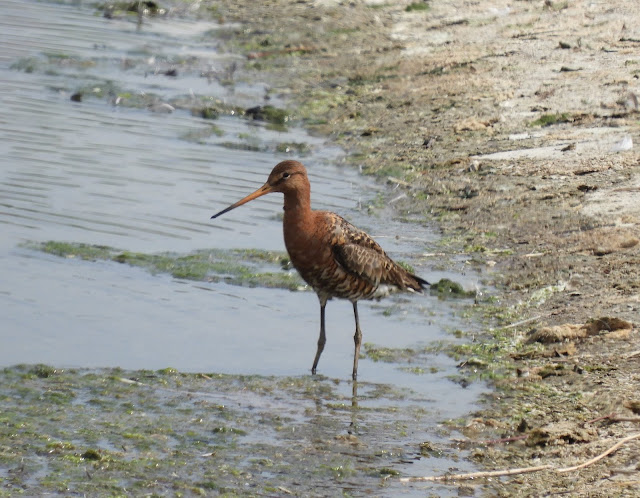 Mediterranean Gulls are always scarce on the reservoirs but they were annual until last year's unexpected absence. RE's discovery of a juvenile on No 4 on July 24th means normal service has resumed. An adult Sandwich Tern first picked up by SL going north on July 28th was a surprise record. Although no Common Terns bred,  a couple of pairs - presumably from further up the valley - moved their fledged young to feed up on the reservoirs in July.

Swifts could be seen feeding in large flocks over the reservoirs but numbers fell sharply towards the end of July, presumably as local birds left. Bad weather can still see migrants arrive at the Wetlands as 220 did on July 31st. A Swallow was seen with the martin flock on June 8 and the first early migrants were five flying south on July 17. Two Jackdaws, surprisingly scarce  at the reservoirs given how many are nearby, went east on June 9th. The same is even truer of Coal Tit with the individual singing near the Engine House on June 30th only the second PL has seen here in decades of birding at the reservoirs.

A Skylark was seen on June 11th on the side of Lockwood while a Meadow Pipit was among the calls recorded overnight on July 28th.  The first young Willow Warbler of the autumn was on July 5th and the first returning Wheatear turned up on the last day of July.

If Coal Tit is uncommon, the Treecreeper seen by KM near the new hide on July 28th is, by a long way, the rarest bird at the reservoirs this year. Despite how widespread they are in London - and with the certainty others have been missed - the last known record at the Wetlands appears to be December 1990. Even on the wider patch, there is only one record in 2015 in the last decade. Unfortunately, it immediately disappeared but there are suggestions it may have been around for a couple of weeks so there is hope it will be re-found.

Posted by Walthamstow Birders at 21:01 No comments: