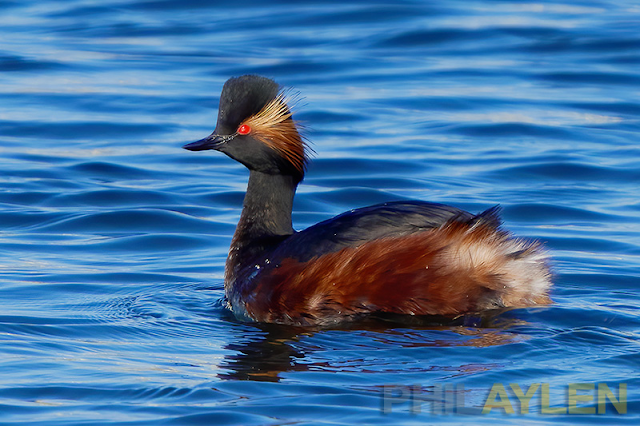 March is traditionally one of the best months for birding at the Wetlands but this year it will be remembered most, as it will be at all sites and for all activities, for the creeping shadow of coronavirus. The epidemic saw increasing restrictions over hours and access from the middle of the month which resulted in a sharp drop of coverage. By the end,  birding was only allowed as part of a daily exercise for those fortunate enough to live within walking or cycling distance.

But given this background and the certainty that some good birds must have been missed, March lived up to its reputation with 11 new species seen including a stunning Black-necked Grebe, the first Common Scoter for 15 months and the rare sight of a Bar-tailed Godwit on the ground if only briefly. Avocet, Woodcock and the expected Little Ringed Plover also made up for a bad year so far for waders. Rook, Red Kite, Little Gull as well as Sand Martins and Wheatear were added as well to the year list. This now stands at 93 for the reservoirs - four more than this time in 2019 but well down on the 107 in both the previous two years. 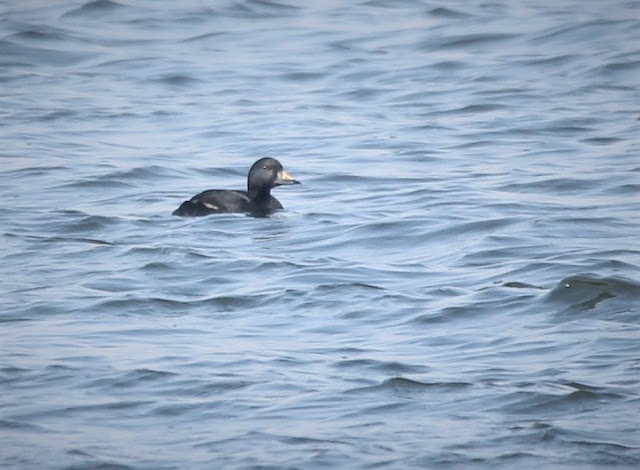 Shoveler numbers remained very low with a maximum count of six on the 28th while the pair of Wigeon continued up until 26th at least with a flock of 18 arriving on No 4 on the 28th and nine still in residence on the 30th. Sound recording at night has now shown that thousands of Common Scoter migrate overland and the male found by CF on East Warwick on the 26th presumably just fancied a rest. This was the first record since November 2018 for a species which is usually an annual visitor. As many as 10 Goldeneye, becoming increasingly frisky as the month went on, were counted with at least four still here on the 30th while the last record of Goosanders were two on the 22nd. 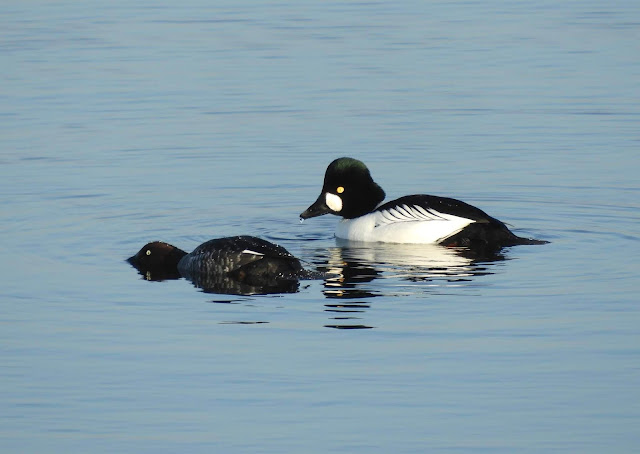 A Black-necked Grebe in full spectacular summer plumage was found by PA on East Warwick, very much the reservoir of the month, on the 23rd. It stayed all day and follows on the pair found in April last year so perhaps this might become a more regular occurrence. Little Egrets became more obvious as the month went on as they moved back to their nesting islands. 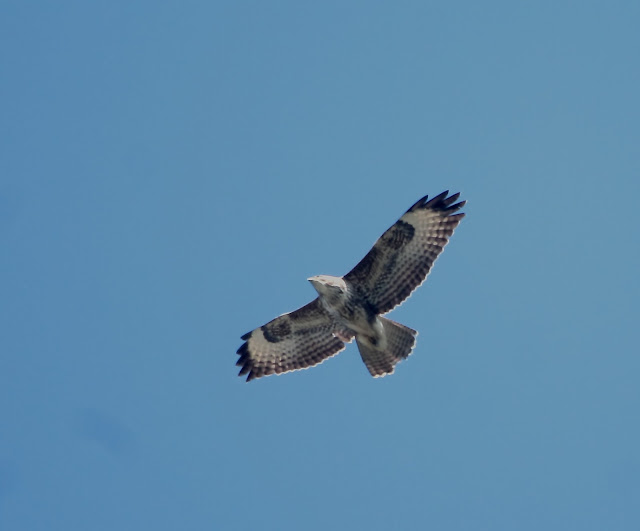 At least 19 Buzzards were seen this month pic @Chris_Farthing

March is always a good month for birds of prey and, as predicted, the first Red Kite was seen on the 10th with three on the 13th, one on 16th, two on the 17th and another on the 23rd. Common Buzzards were recorded on ten days with five on the 23rd the highest count. Sparrowhawks and Peregrines continued to be seen regularly throughout the month. 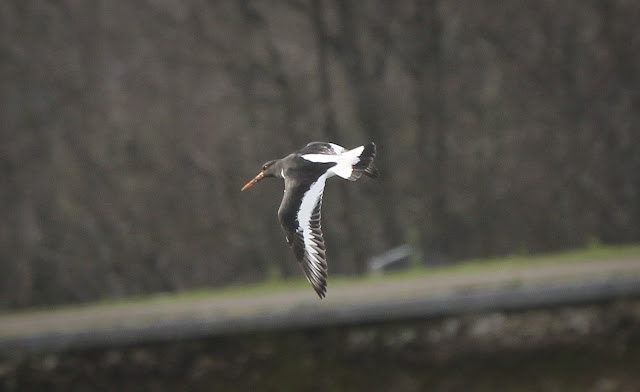 An Oystercatcher stayed for ten days this month pic @EugeneDH_Bass ........ 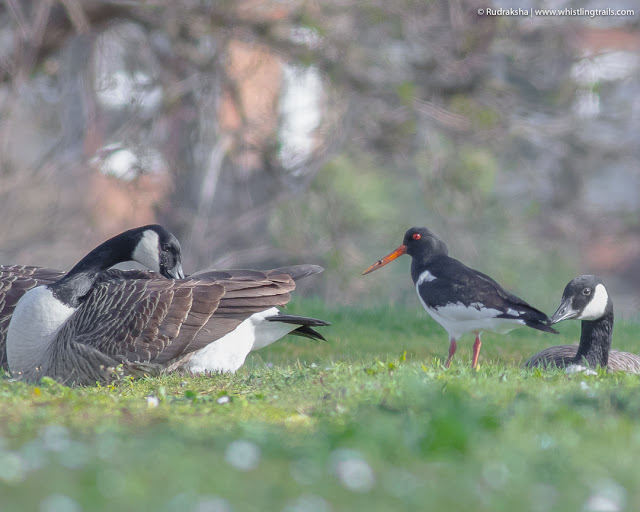 After a poor winter for waders, March was much better with the new East Warwick island finally beginning to draw in some birds. That was not the case with the Oystercatcher which arrived on the 3rd and stayed for 10 days pretty well everywhere but East Warwick until right at the end of its visit.  But LB found an Avocet in front of the hide and then on the island on the 14th and then, more surprisingly, a Bar-tailed Godwit moving into summer-plumage on the 22nd. Both sadly stayed only long enough to be photographed but Avocet at least is now becoming a regular visitor with three records last year. In contrast, Bar-tails remain very scarce at the reservoirs and even rarer on the ground with Black-tailed, yet to be recorded, usually much more common. 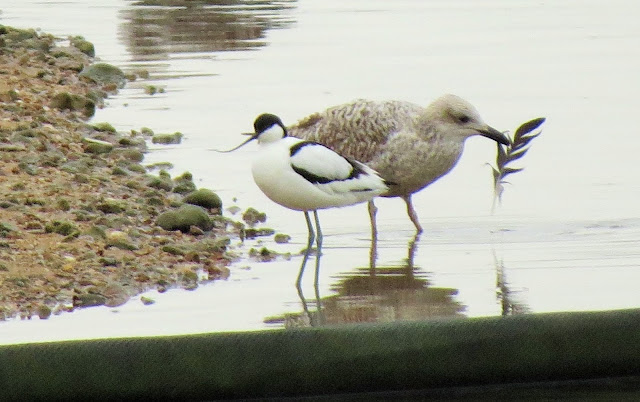 Avocet was the first wader to discover the 'new' East Warwick island pic@LolBodini .... 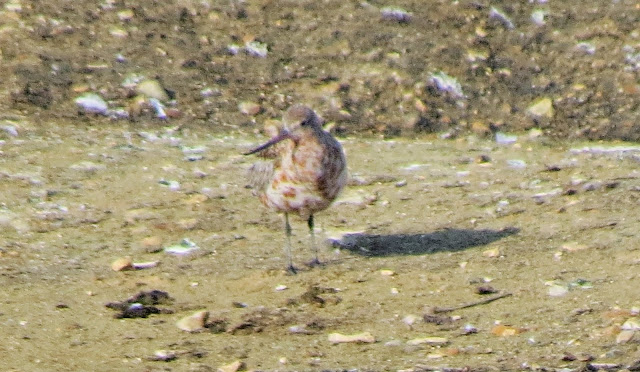 A Lapwing, surprisingly scarce this year, also found the island on the 25th. Woodcock are usually annual at the reservoirs but 2019 was a rare blank year so the bird seen by PA on the 20th was very welcome.  The first Little Ringed Plover was found on the 19th -a day later than last year - with two seen on the 21st. The wintering Common Sandpiper remained until at least mid-month but Green Sandpipers continued to be scarce as did Common Snipe with only a couple of records of each.

Despite a few false alarms, Yellow-legged Gull has yet to be seen this year on the reservoirs but Little Gull has made it on the list. Last year's unprecedented flock in April seemed a one-off but perhaps they are more regular than we thought with CF having over 20 going north high on the 24th and a single seen again flying high next day. 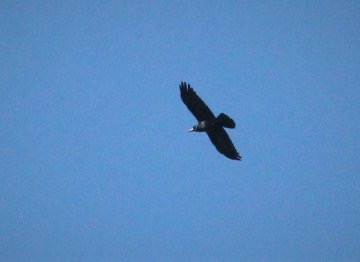 A Short-eared Owl was seen agonisingly close to the Wetlands on the 17th circling over Tottenham Marsh (as were two Cattle Egrets on the 16th at Stonebridge Lock) but just too far to make it on the list. As hoped-for in the last round-up, CF had a fly-over Rook on the 6th - two days later than the only record last March - with further birds seen on the 13th. Jackdaws, amazingly scarce at the reservoirs except during passage, were seen on at least three days. 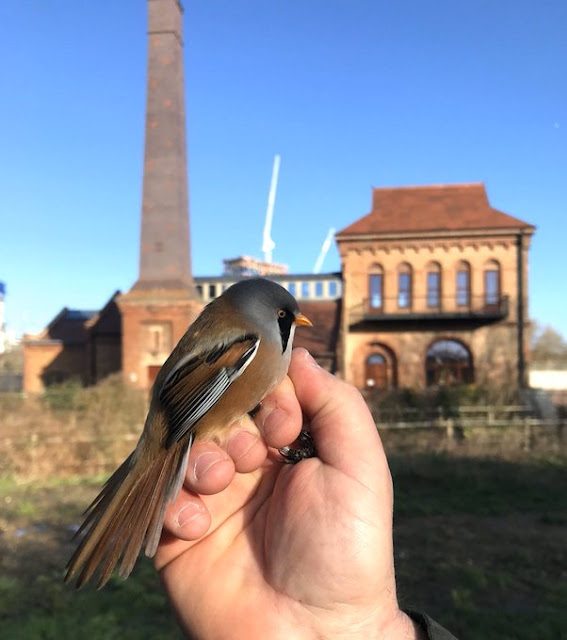 The winter's three star birds made it into March with the pair of Bearded Tits staying until the 8th - and possibly later - with the male being caught at the start of the ringing display on the 1st.  The first Sand Martin was found on the 18th - nine days later than last year - with a small passage next day. Cetti's Warblers became both more vocal and easier to see with birds right across the site. 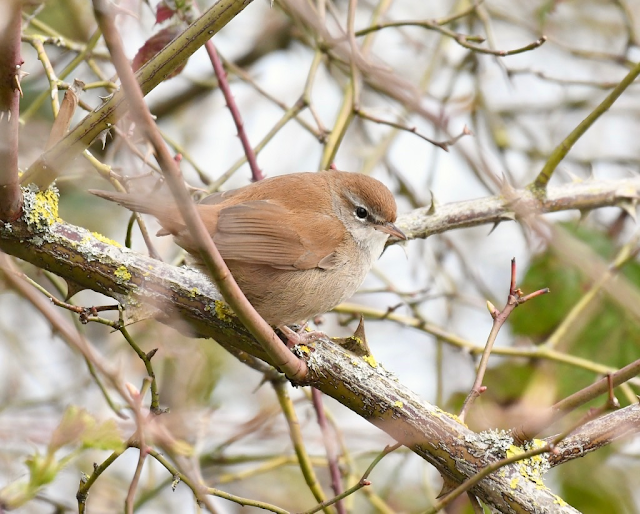 Chiffchaffs remained in good numbers wirh a noticeable increase on the 9th as migrants passed through. The first Blackcap was seen on an early date for the Wetlands of the 3rd with singing birds - again early - from the 11th. 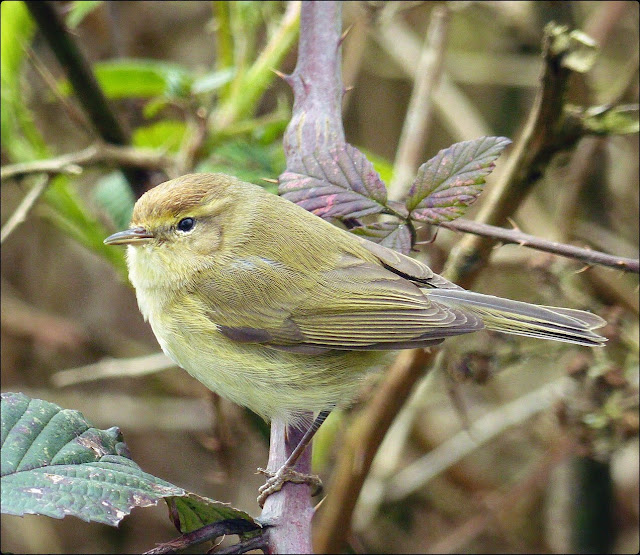 Firecrests which was also regularly heard singing - at least by those young enough to hear them at all - remained until mid-month with two seen on the 16th.  The male Black Redstart hung on as well until the 1st before disappearing again until the 14th when it was seen regularly until the 19th. There was a very large influx of Stonechats across London early in the month with six seen at the reservoirs on the 2nd. 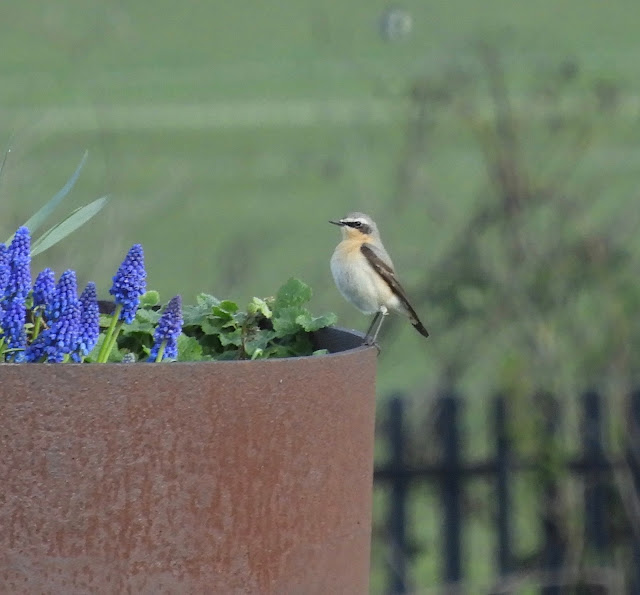 No common bird gives more joy to birders than the first Wheatears of the Spring. This year three kindly arrived on the 16th - two days earlier than last year and the same date as 2018 - just hours before tighter travel restrictions were brought into place so they could be widely enjoyed. They were the first of a trickle until the month's end. Only the odd Redwing was recorded during the month but a flock of Fieldfare remained with 20 still here on the 29th. 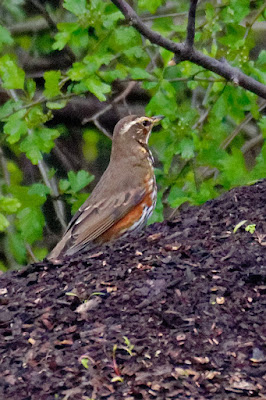 Posted by Walthamstow Birders at 16:46 No comments: