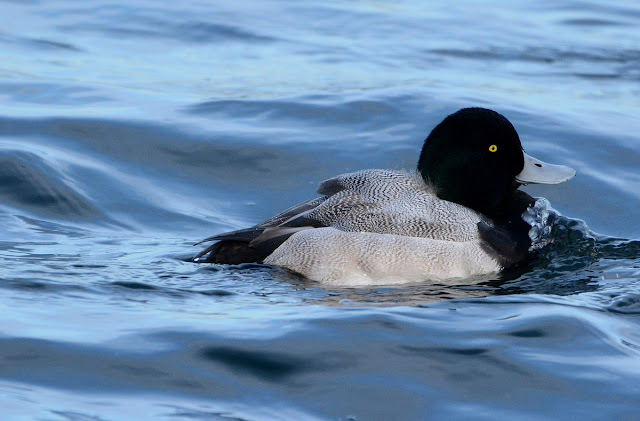 December is usually, unless the weather is extreme, a quiet month. But in keeping with a more exciting back-end of 2017 than normal, it delivered the first Whooper Swan since 2010 and the first Golden Plover and pukka Woodcock of the year. It took to 141 the species seen at the reservoirs in 2017, a total particularly notable for the 22 wader species recorded thanks largely to the draining of No 4 and 5 in the Spring and, less so, Lockwood in the Autumn. 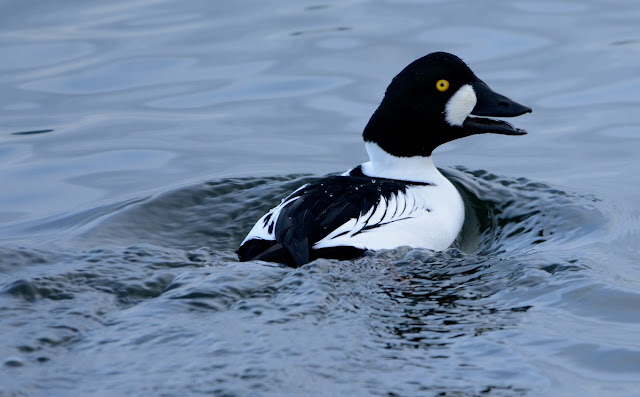 The Whooper Swan was seen by PL flying north early morning over Lockwood where it may have rested overnight. It landed on Banbury where it kindly stayed for an hour to let several patch birders catch up with it before continuing on its journey north. It is the first record since five flew south in January 2010. A rather more familiar bird was the drake Scaup which found its way back to No 4 for the fourth winter on the run. Its arrival date of the 3rd was two days later than last year which, in turn, was two days later than in 2015 but eight days earlier than in 2014. Whenever it gets here, it spends most of its time asleep in the NW corner of No 4 with a small party of equally idle Tufted Ducks. Up to nine Goldeneye, including two drakes, could be found scattered around the reservoirs this month while the maximum count of Goosander was five on High Maynard on the 28th. Single Wigeon were seen on two dates and around 50 Teal were usually around the southern island of High Maynard. 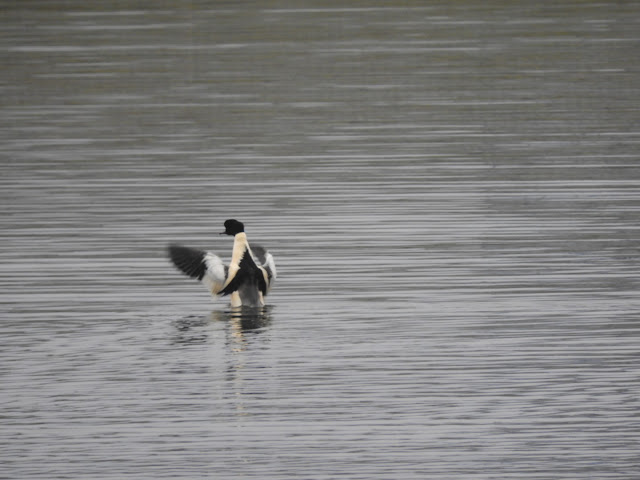 Two large white herons seen flying west over West Warwick on the 2nd by the LNHS walk were almost certainly Great Egrets but just too far to clinch identification definitely. It was a surprisingly good month for waders with more confirmation that a sudden rain shower can bring down birds passing high overhead. Within half an hour of the rain starting on the 3rd, a Curlew was seen by PL going north, a Golden Plover heard calling in the gloom by DB and GG who also saw a Woodcock flying over East Warwick. An exceptional passage of Lapwing took place on the 1st with 90 including a flock of 60 seen over the reservoirs with 16 on the 12th.  A tame bird hung around No 4 and 5 early in the month.  Up to two Common Sandpipers and four Green Sandpipers continued to be seen while a Redshank was on Lockwood  and a Snipe on West Warwick on the 12th. 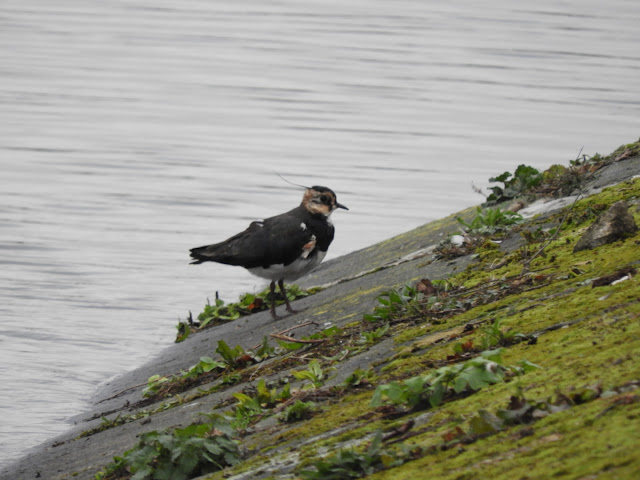 Kingfishers continued to be very showy, even being seen from the outdoor seating area at the cafe as well as at the bottom of No 3 and the stream next to the Ferry Boat Inn. The pair of Peregrines were also often easy to see either resting on the pylons or hunting over the reservoirs. Two days of snow pushed six Skylark onto the grassy banks of Lockwood on the 12th with two staying until the 17th. Cold weather also saw 80 Redwing move north west on the 2nd with small numbers of both this species and Fieldfare again flying over or feeding on berries on the 12th. Six more Fieldfare were seen on the 16th and 23 Redwing the day before.

Perhaps as many as five Cetti's Warbler could be heard throughout the month with a similar number of wintering Chiffchaffs and Goldcrests counted on the 3rd. At least one Stonechat continued to be seen on West Warwick. Meadow Pipits were scarce with a maximum count of five around Lockwood and in the overflow channel. Just off the reservoirs was a Hawfinch on Tottenham Marsh from the beginning of the month until the 9th. It was so close to Lockwood that it could easily, in theory, have been seen from the reservoir bank but, in practice, never was.  But the reservoirs did hold a good flock of 30 Linnets, which along with Chaffinches and Goldfinches, fed on the weeds at the top of No 1.


Posted by Walthamstow Birders at 21:27 No comments: