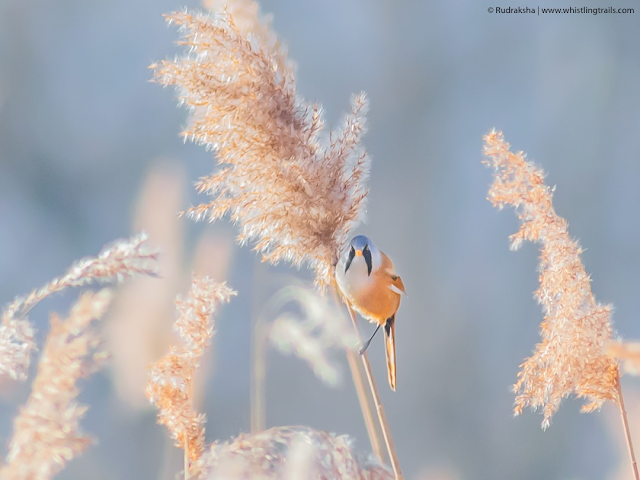 Strong winds and heavy rain not only made birding unpleasant and difficult throughout much of February but also led to the Wetlands unusually being closed for several days because of the danger posed by falling trees. The risk was not overdone with three large trees coming down during the month. But despite the storms - and the usual February lull unless there is a cold spell - the month offered good birding with January's Bearded Tits, Firecrests and Black Redstart remaining and six new species added to the year list.

Snipe, Wigeon, Oystercatcher, Jackdaw and Buzzard were expected additions in the Winter/early Spring period  but the adult Mediterranean Gull found on the 18th has become a scarce bird at the reservoirs. It takes the total number of species seen at the Wetlands by the end of February to 81 - five more than last year but nine behind 2018. 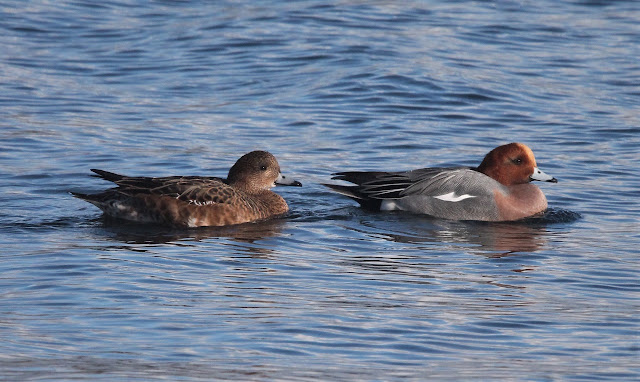 The first Wigeon of the year were found on the 10th and seen on-and-off for the rest of the month. They are thought to be the pair which had been wintering in nearby Springfield Park before being disturbed by renovation work. Up to nine Goldeneye were recorded on several days with as many as three Goosander including two drakes making occasional visits to Lockwood, No 4 & No 5. Counts for Teal and particularly Shoveler are down on last year with hardly a Shoveler seen although, despite appearances, the surveys show Tufted Duck and Pochard numbers are pretty constant.

It continues to be a poor winter for waders. By the end of last February, both Avocet and Black-tailed Godwit had made their first appearance but the best wader record this month was an Oystercatcher on the 20th. Two Snipe were seen on the 3rd with another on the 10th to close a surprising gap in the year list. Presumably the wet winter means there is abundant feeding elsewhere. The wintering Common Sandpiper was seen throughout the month and was joined by a second bird on the 12th but the high level of the flood relief channel meant the only record of Green Sandpiper was on No 4 on the 13th. 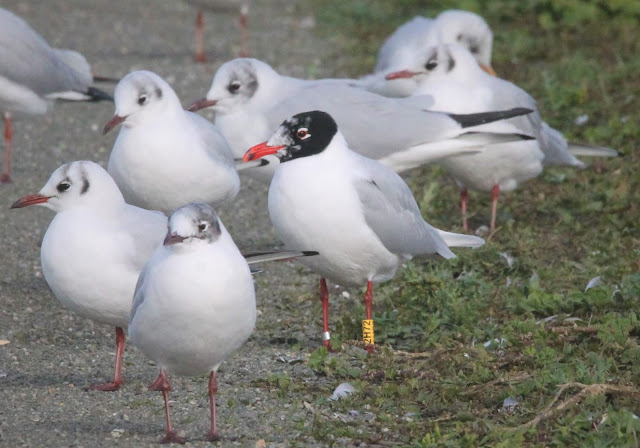 The Mediterranean Gull resting after its long journey from Edmonton @ Chris_Farthing

Despite an explosion in UK breeding numbers in recent years, Mediterranean Gulls seem if anything to be scarcer at the reservoirs. The smart adult found by CF on Lockwood on the 18th is the first record since last July. From its rings, it was identified as the wintering individual from Pymmes Park in exotic Edmonton. Late winter and early Spring are among the best times for passage raptors and scarcer crows over the Wetlands so the Common Buzzard on the 27th and two Jackdaws on the 19th - five days later than the first last year - were pretty much on schedule. Red Kite, Osprey and, if  really lucky, Rook should follow in the next few weeks. 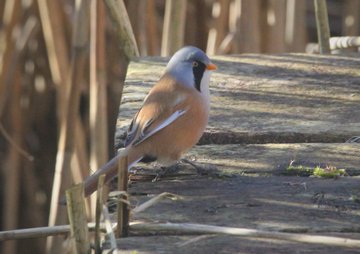 Up to 30 Fieldfare continued to be seen around the reservoirs with the odd Redwing while two Stonechats were also near-resident. Given that not much new arrived, it was fortunate that the 'stars' from January remained throughout February although the gale-force winds often made seeing them even more difficult. In particular, the pair of Bearded Tits continued to be elusive and remarkably silent with days going by without any sighting at all.
. 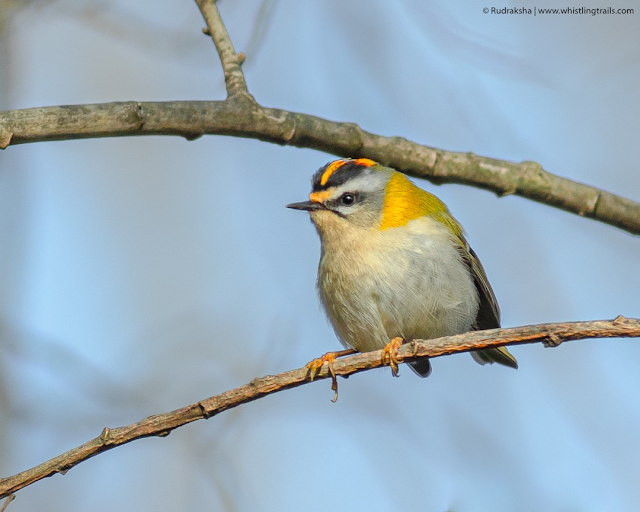 The Firecrests were a little more reliable with two seen together on the 7th and at least one seen - and occasionally heard singing - throughout the month. The male Black Redstart was also elusive and seemed to have departed altogether around the middle of the month only to re-appear from the the 25th at its favourite southern end of Lockwood when it, too, was heard to sing. 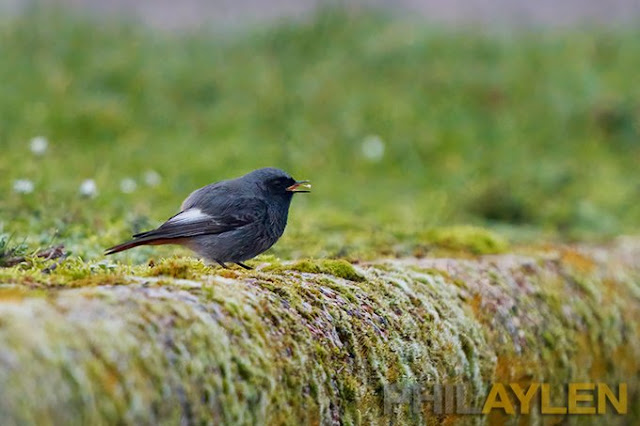 
Posted by Walthamstow Birders at 17:42 No comments: