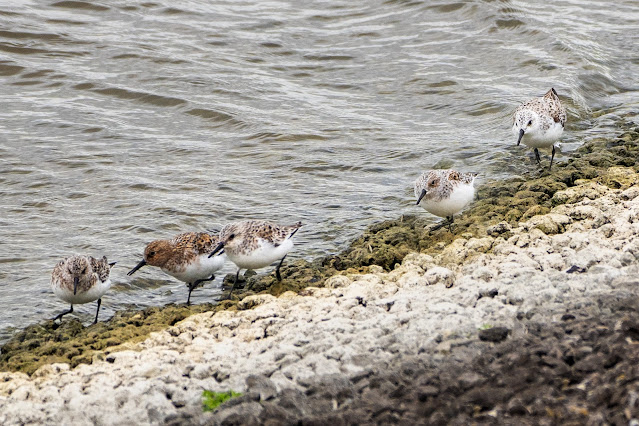 The first Sanderling since 2018 were the undoubted highlights of May which also saw - for the second year running - multiple records of Cuckoo. Ringed Plover and Hobby were added as well to the year list in a month which saw some spectacular gatherings of Swifts as migrants finally arrived. The four additions take the year's total to 117, seven behind last year but more than in both 2020 (113) and 2019 (116). 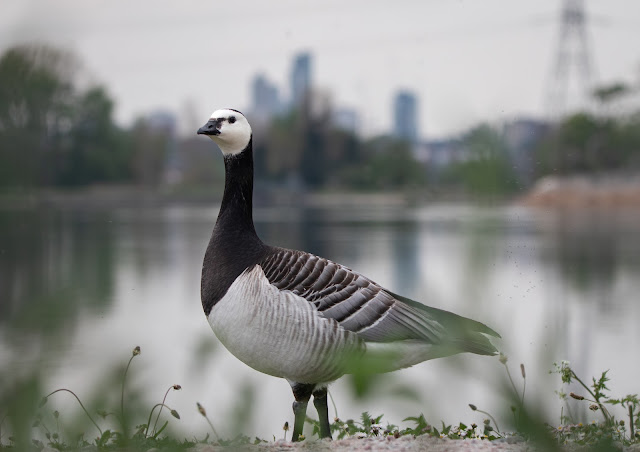 Barnacle Goose posing against the backdrop of its new summer home pic @EugeneDH_Bass.... 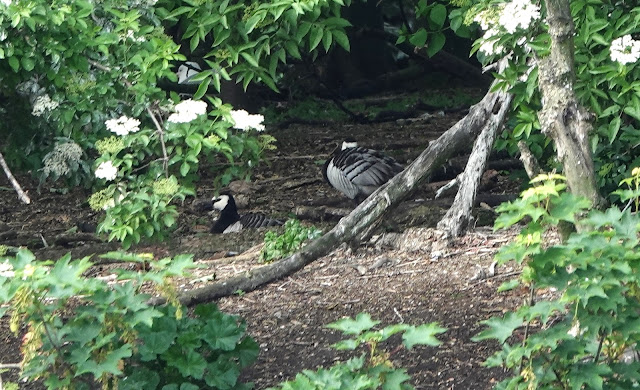 .......and guarding their nest pic @LolBodini
Barnacle Geese now seem to becoming regular summer visitors to the Wetlands with what, from their choice of nest site, looked like the same pair attempting to breed. Birds were seen throughout the month with a maximum count of seven on the 11th. A pair of Shoveler hung around until at least the 4th with a drake still present on the 8th while the first Pochard broods of the year were seen on High Maynard and Lockwood at the end of the month. 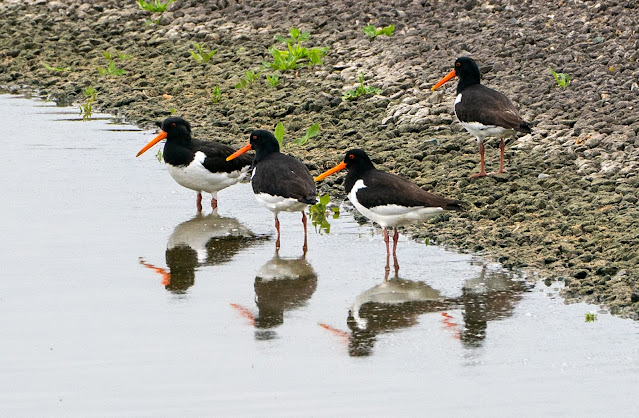 Oystercatchers, like last year, were recorded regularly in May but the four together on the 19th were a high number for the Wetlands. Whimbrel were seen on the 2nd and 4th while the only record of Lapwing, which continue to be scarce this year, was on the 17th. 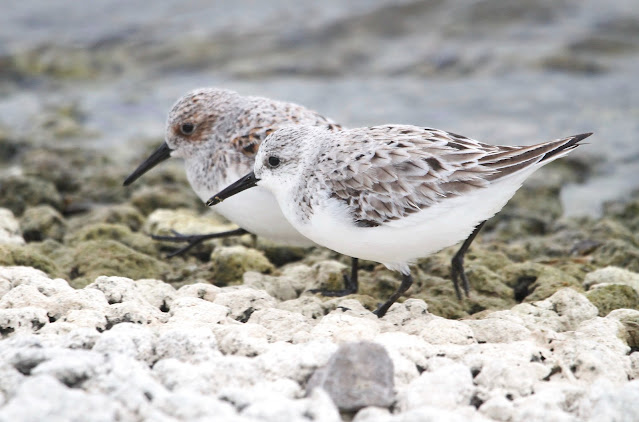 The Sanderling were in a mix of plumages pics @Chris_Farthing 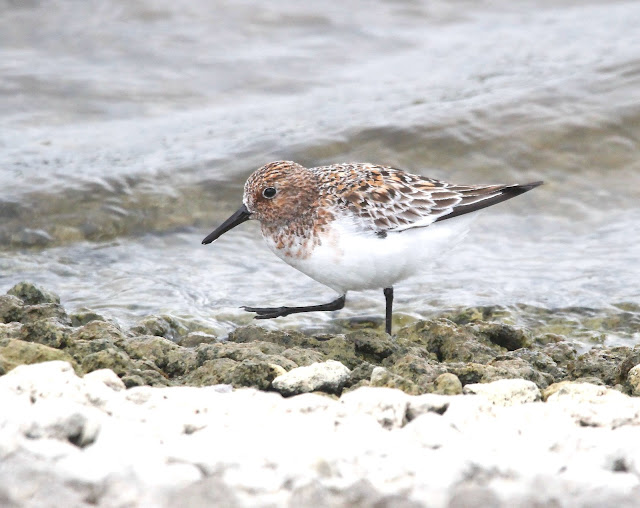 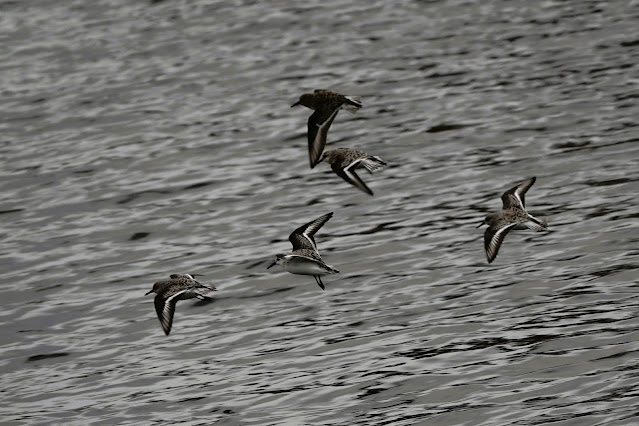 After feeding and resting for an hour, they eventually flew south  pic @LolBodini

Sanderling are a rare wader at the Wetlands with records from just four years since 2010 and none since a single bird briefly in 2018. So the party of five - in a mix of plumages - found by AMP on the 11th caused a mini-twitch. They stayed for an hour feeding on Lockwood before departing south. 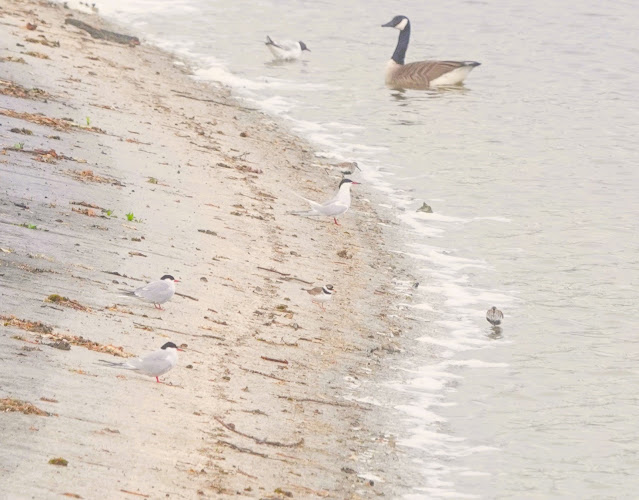 Surprisingly, there were no records of Little Ringed Plover in May which suggests that unlike last year when they were seen regularly, no birds are nesting in the surrounding area. But LB found a Ringed Plover on the 7th in poor weather on Lockwood. Just as last May, it was accompanied by two Dunlin. Single Dunlin were also seen on the 4th, 15th and 26th. 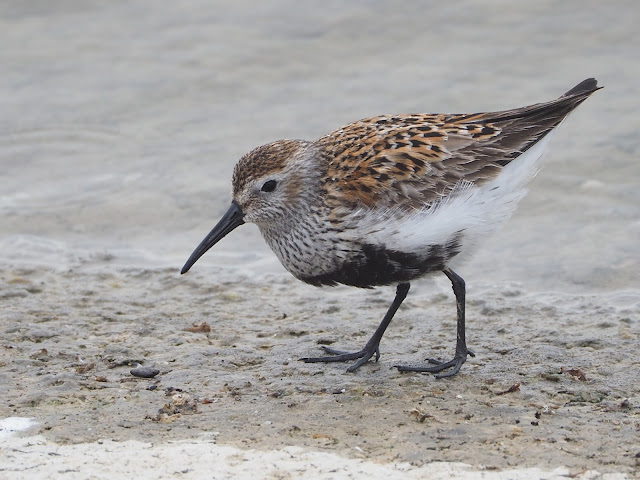 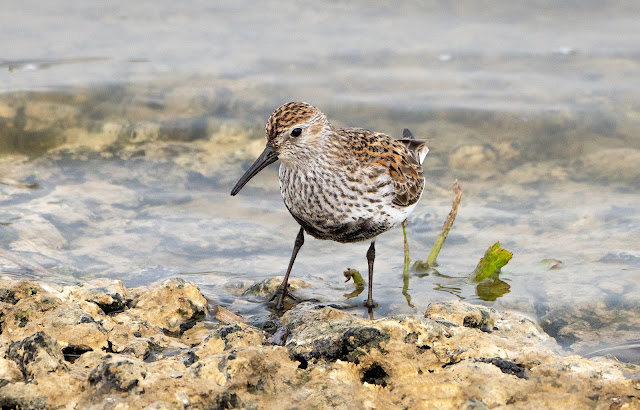 Common Sandpipe numbers peaked at nine on the 1st, one less than last year's highest Spring total, with the last bird being seen on the 20th which was five days earlier than in both 2021 and 2020. The final two Green Sandpipers of the Spring were seen on the 2nd.

The run of Arctic Terns continued with two more on the 2nd while good numbers of Common Terns have returned. A total of 56 were counted across the Wetlands on the 21st and breeding looks likely on both Lockwood and West Warwick. 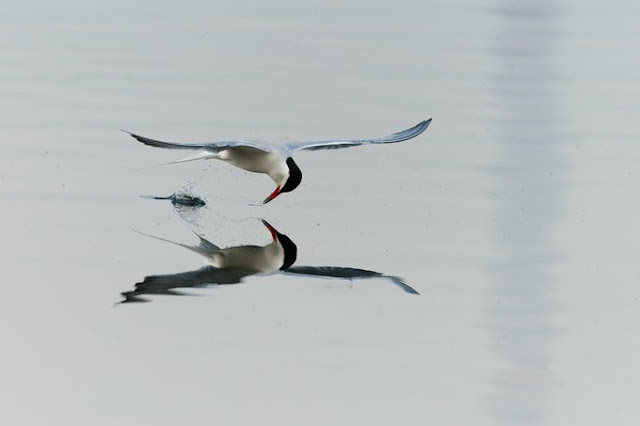 Common Terns could be enjoyed right across the Wetlands  pic @giles_greenwood

It was an excellent month for Red Kites with records on the 7th, 12th, 14th, 22nd and 26th in contrast to last year's blank May while single Buzzards were seen on the 24th and 25th. But unlike 2021 when the first Hobby was seen in April with regular sightings in May, the only two records so far this year were on the 11th and 18th. 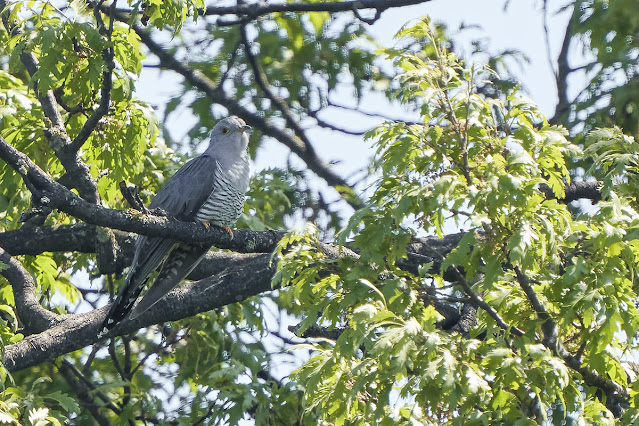 After last year's remarkable and very welcome run of records, there were again multiple records of  Cuckoo, a species which had become very rare at the Wetlands in recent decades. The first was heard on the 8th by PL before CF had two separate birds on the 9th and 10th. A very obliging male called persistently on the No 3 islands on the 14th and could still be heard next day. The final record was again of a hepatic brown type on the 27th. The Kingfishers nesting on the large No 5 island could be seen making regular trips to feed their young by the end of the month. 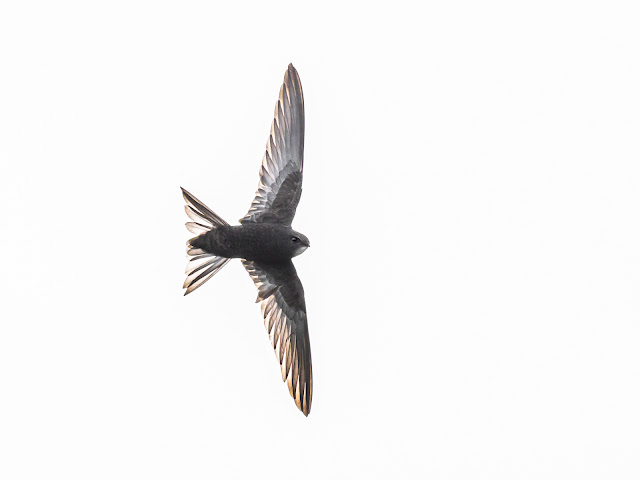 After a slow start, Swifts arrived back in good numbers pic @Rudraksh9

Swifts finally arrived in numbers on the 5th with counts of several hundred regularly on murky days later in the month. The House Martins also returned to their colony at the filter beds around the same time but Sand Martins - at least around Lockwood - seemed to have decreased since last year. Swallows made up for lost time with 50 passing through on the 3rd. Regular records of one or two birds at the end of the month suggesting a pair might have been prospecting again in the general area.

Despite the late Spring, breeding warblers seem to have arrived safely in the end. Singing Sedge Warblers were close to double figures - largely around the Warwicks and rail line - while three Lesser Whitethroats were on territory. Common Whitethroat, Blackcap, Chiffchaff and Reed Warbler could be heard across the site but, unlike most years, there has still been no Garden Warbler seen or heard on the reservoirs. 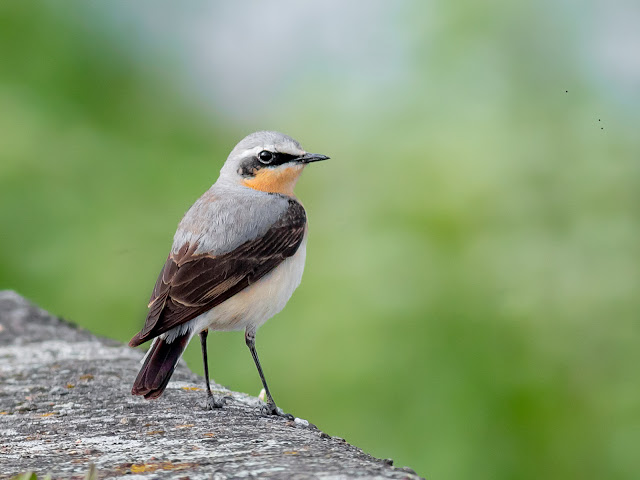 Wheatears moved through in small numbers until mid-month pic @rudraksh9

Posted by Walthamstow Birders at 15:12 No comments: