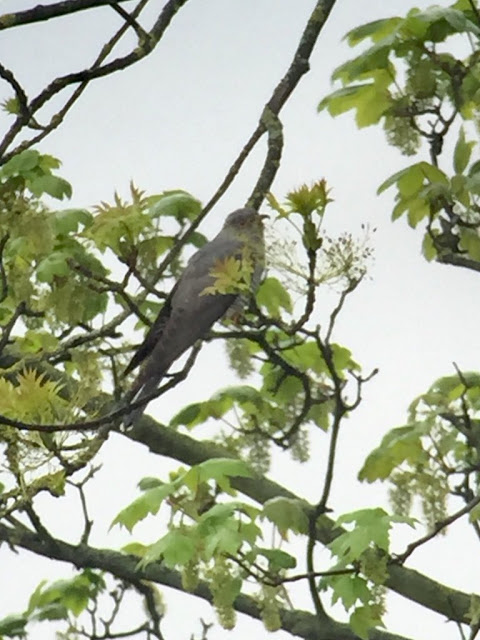 May saw a return to normal after the spectacular run of rarities the reservoirs have delivered so far this year. It also brought confirmation that migration pretty well peters out by the beginning of the month. But May did see a two-day calling Cuckoo along with much briefer appearances by Grasshopper Warbler and Marsh Harrier in the first couple of days while the more expected Whimbrel and Sanderling were also added to the year. It takes the number of species seen this year on the reservoirs to 131 - three more than last year - with Gargeney, Turnstone and Spotted Flycatcher perhaps the most glaring omissions from the list.

The new reed beds seem to have persuaded more ducks to stay over the summer with as many as nine Gadwall still in residence at the end of the month. Increasing numbers of Pochard are also remaining to breed, with three broods counted on the 30th. Red-crested Pochard continue making trips from the London parks with three on the 1st,  one remaining next day, two on the 4th and 10th, six on the 11th and a single on the 19th. Four drake Shoveler were seen until mid-month but the most unusual sighting was a likely Teal X Gadwall cross seen on the 1st and then irregularly afterwards. If this is what it proves to be - and all the signs are it is - it is a pretty rare hybrid. 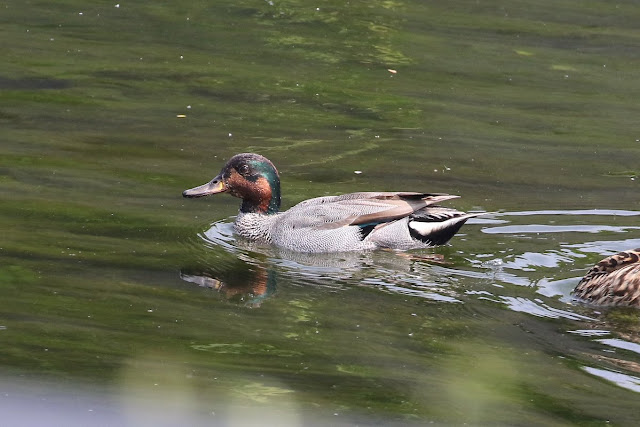 A male Marsh Harrier, spotted by JP, which flew east over Lockwood early on the 1st was the stand-out bird of prey of the month. Single Red Kites were seen on the 3rd, 15th and 23rd with Buzzards on the 8th, 18th, 22nd and 26th.

May is generally a good month for waders and nine species - largely on the partially drained East Warwick - were seen. Oystercatchers seem to be getting more regular over the last couple of years with two on the 7th and singles on the 18th and 20th. In contrast, Little Ringed Plover records were down on what might be expected with just single birds on the 2nd and 19th while there were also two records of  Lapwings on the 7th and 11th.  Sanderling are just about annual at the reservoirs so a lovely summer-plumaged bird on the East Warwick island on the 22nd was a good find by DW.  It was accompanied by a Dunlin which were also seen on the 12th and 26th. 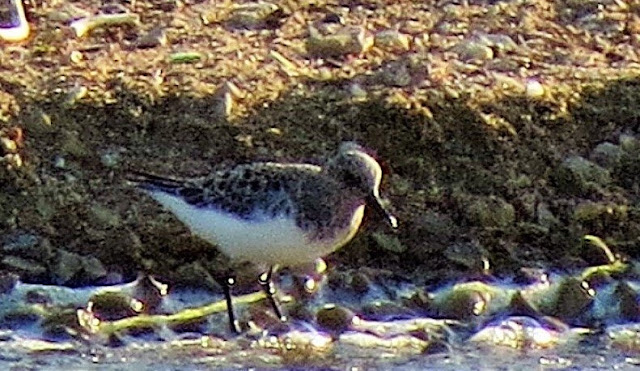 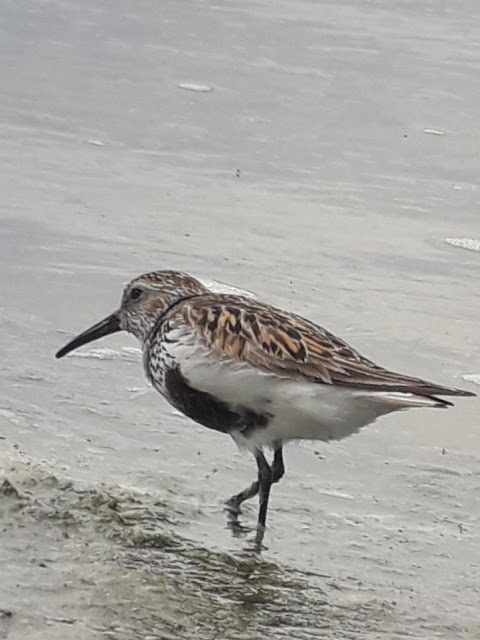 ...... as did an equally splendid Dunlin pic @Tony Gorst

There were fears that the Spring might slip passed without a Whimbrel this year but the first was seen flying over Lockwood by MM on the 8th. More unusual were three found resting by CF on the bank between Nos 4 and 5 two days later which stayed for a couple of hours. A Redshank was seen on the 27th and a Greenshank on East Warwick on the 5th.  Common Sandpipers were recorded in small numbers throughout the month until the last on the 27th with a peak count of six on the 25th. 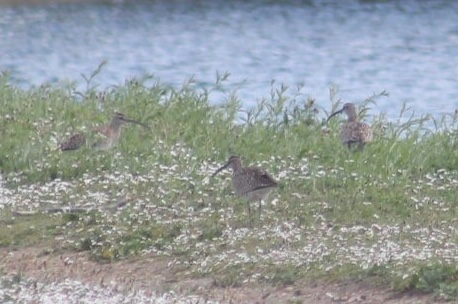 Whimbrel on the ground is unusual, three together a real rarity pic @Chris Farthing 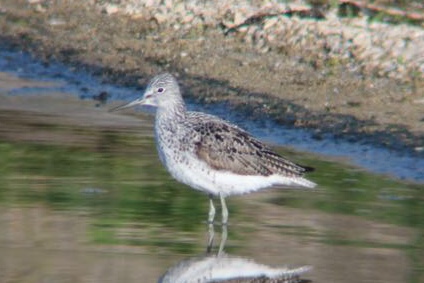 Despite Black Terns turning up across London including at KGV, none disappointingly were seen at Walthamstow. Rain did, however, drop around eight Arctic Terns onto No 5 on the 2nd in company with a similar number of Commons. The unfortunate loss of the old nesting platform on Lockwood meant that, by the end of the month, no Commons were attempting to breed and only a couple of birds were being seen.

Even as late as the 90s, Cuckoos were regular breeders at Walthamstow but in common with the rest of  England, they have become much scarcer in recent years. The last record for the reservoirs was in 2016 and the gap since there was a calling bird is even longer. So the male found by JP on May 1st and which stayed until next day around No 2 and 3 was a highlight of the month.  Swifts seem to have arrived in good numbers but House & Sand Martins seemed scarcer. We'll have to wait until a count of the usually large House Martin colony at the Filter Beds to find out if the reduction is real. The bad weather at the end of April meant there were still up to 40  Swallows at the reservoirs early in the month and the regular records of one or two later may suggest that they could be nesting again in the marsh. 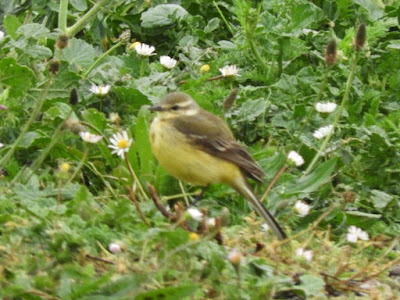 Yellow Wagtails  continued their good showing with a single on the 2nd, two on the 7th and a very late bird on the 30th. The highest count of Wheatear was 11 on the 1st with the last bird seen on 22nd. The reeling of a Grasshopper Warbler was picked up by JP from the top of Lockwood on the 1st but was never seen and soon moved on. Reed & Sedge Warblers, Common Whitethroats, Chiffchaffs and Blackcaps all seem to be breeding and a Lesser Whitethroat sang throughout the month from the Coppermill by the hide on East Warwick.  With such a high number of Reed Bunting wintering, it was always likely that more pairs would stay to breed and they seem well scattered around the reservoirs. A few Linnets were also still resident while there was a report of a male Brambling on the 22nd not far from where the small flock was reported last month.