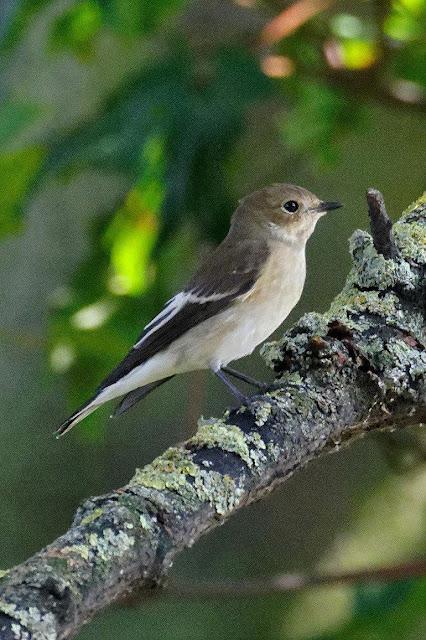 An obliging Pied Flycatcher found and photographed by @sjnewton

The highlight of what was, in truth, a pretty lacklustre August for birds at the Wetlands was a two-day Pied Flycatcher, the first for a couple of years and the only recent bird to stay around to be appreciated. Tree Pipit, another bird which is surprisingly rare at Walthamstow, was also added to the year list. More expected additions were Spotted Flycatcher and Greenshank to take the total at the reservoirs to 126.

But the month - and year - would have been much better if the Wryneck found by LB on the public footpath on the east of Lockwood on the 28th had been the other side of the overflow channel or made the short flight to feed on the grassy bank of the reservoir. Sadly it disappeared instead into the brambles and could not be re-found despite a thorough search. It remains perhaps the most obvious gap in the reservoirs' list. 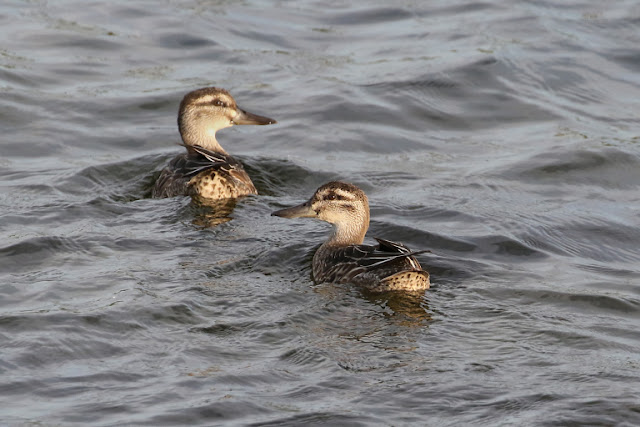 A count of 2246 Tufted Ducks by SH on the 5th was up on last year's total of 1979. Garganey seem to be trying to make up for the unusual blank year in 2018. The two - probably juveniles - found late on the 14th by RE on Lockwood are the fourth and fifth records so far. They continued to show irregularly until at least the 20th. Both Teal and Shoveler returned in small numbers by the end of the month. 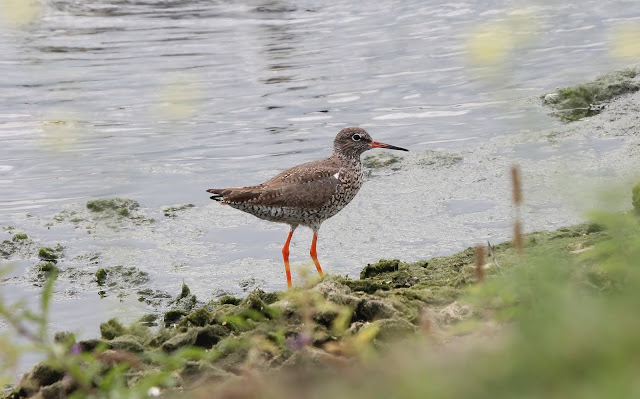 Redshank have been scarce this year pic @EugeneDH_Bass

It was a very poor month for waders with the wide beach around Lockwood proving particularly unattractive.  We seem to have had no records at all of Dunlin, Oystercatcher, Little Ringed Plover or Lapwing and just one Redshank on East Warwick on the 1st. The only Greenshank so far this year was found by CF on the Lockwood channel on 21st It remained until early the next morning. The same patches of mud also attracted the first Green Sandpiper of the autumn on 29th. 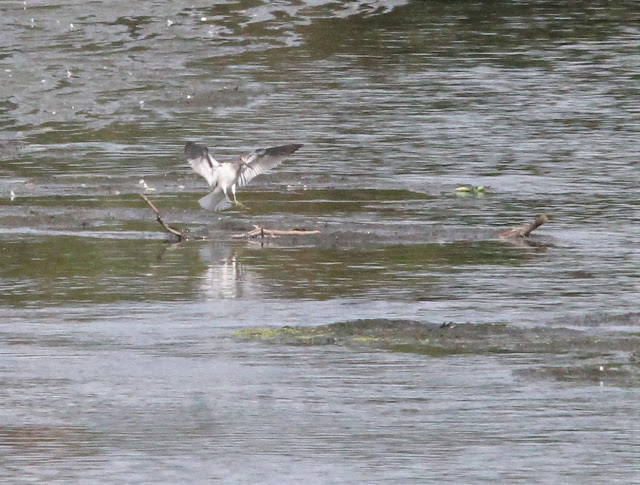 Common Sandpipers were seen throughout the month with the main passage in the first few days with a peak count of 22 on the 2nd in heavy rain. Numbers had fallen to low single figures by the end of August. The first returning Snipe were five surprisingly on the edge of Lockwood on the 24th with two there on 26th. Common Terns remained around the Wetlands until at least the 21st with an adult and juvenile fishing on No 3.

The second Osprey of the year soared over No 5 on the 19th before flying south east. Details on the much lower bird in April show it was rung in the nest at Beauly, Highland in 2010 so it was nearly nine years old.  A Buzzard was seen on the 23rd and, frustratingly. another distant raptor on the 21st could only be put down as a probable Marsh Harrier. Hobby were seen on 5th, 15th, 21st and 29th.

The reservoirs are a big draw for migrating Swifts and often attract good numbers after the local nesting birds disappear towards the end of July. Up to 60 continued to be seen feeding - often over the filter beds - right until the month's end. There were also hundreds-strong flocks of House and Sand Martins but Swallows were very scarce with singles on the 8th and 22nd and two on 27th.

Willow Warblers were seen, and often heard singing, throughout August with 10 on both 13th and 20th. One or two Garden Warblers and Lesser Whitethroats were seen regularly.  Seven Cetti's Warblers were caught in a short ringing session on the 20th to show just how many there are at the Wetlands.

The first Spotted Flycatcher of the autumn, and year, was found by JW on the 11th. It was eight days earlier than last year's first record. But the real prize was the Pied Flycatcher which SN found in trees along the Lockwood on the right side of the channel on the 25th and which stayed next day. It was part of a large influx of Pied Flycatchers into London.  Although regular at nearby sites in the autumn, they are so elusive at the Wetlands that it was the first seen by one of the locals in over 50 years watching at the reservoirs. 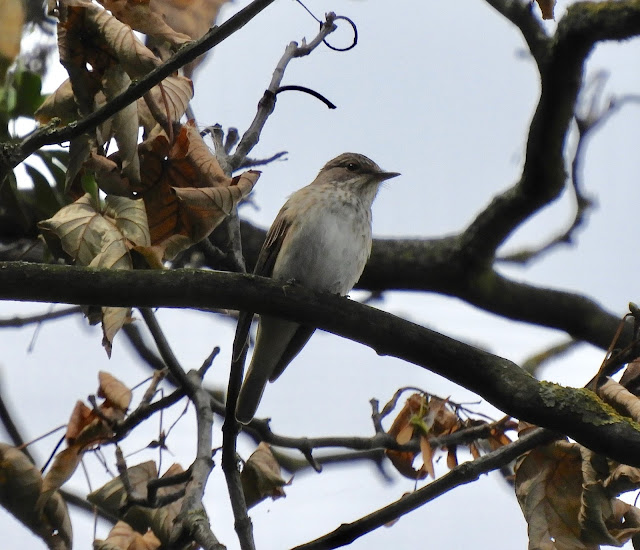 Whinchat is another species far more regular on the marsh where there up to four this month but the only record from the Wetlands was one on the 28th. A Wheatear was seen on the 8th but the main passage started on the 22nd - just as last year - with birds recorded on six more dates with a peak of four on the 29th. Only two Yellow Wagtails were seen on 22nd and 24th. The Wetlands is something of a no-fly zone for Tree Pipit . The bird found on the side of Lockwood by RE on the 20th was the first for at least two years and was even more unsual for being flushed off the ground.


Posted by Walthamstow Birders at 16:08