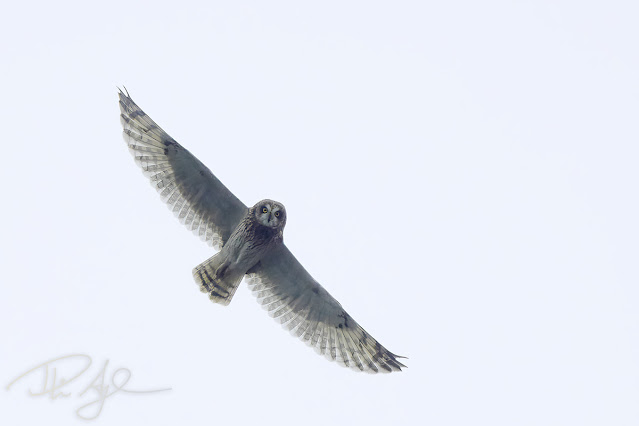 October added Brambling belatedly to the year list as well as delivering a very photogenic Short-eared Owl and not so obliging Black Redstart. A rather lacklustre month also brought the now expected flurry of Rock Pipit records including one rung in Norway and late Reed Warblers and Swallows. Brambling takes the year list to 142 at the end of October which - for the first time this year - is behind 2020's total of 144 but still 11 ahead of 2019. 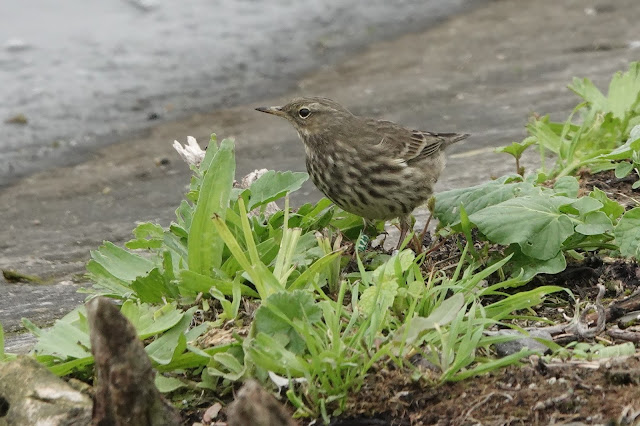 A female Wigeon was seen on the 8th, a drake on the 9th with three more on the 13th and a flock of six on the 24th. The first Goldeneye of the winter turned up on the 27th, a week earlier than last year. This year's exceptional run of Great White Egrets continued with singles on the 5th, 15th and 18th. Two Buzzards were seen on the 9th with singles on 6th,10th and 30th. 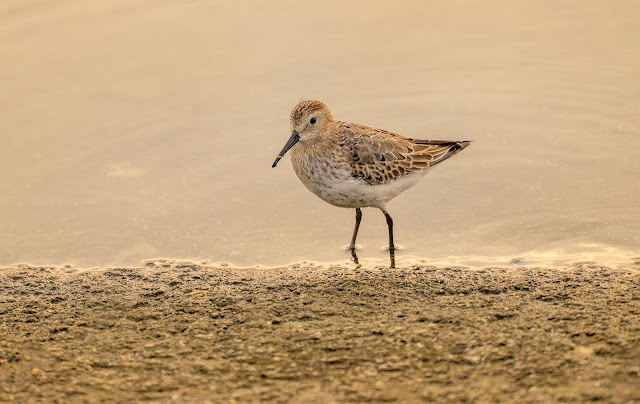 One of two Dunlin this month pic @AMP

Six species of wader were recorded this month, one more than last year but, as usual, numbers were low. Two Lapwing were seen on the 8th with singles next day and on the 16th. The only Dunlin were on the 9th and 12th. Common Snipe were seen on the 7th, 8th, 13th and 15th although there were likely to be more hidden in the No 1 reedbed and East Warwick island. 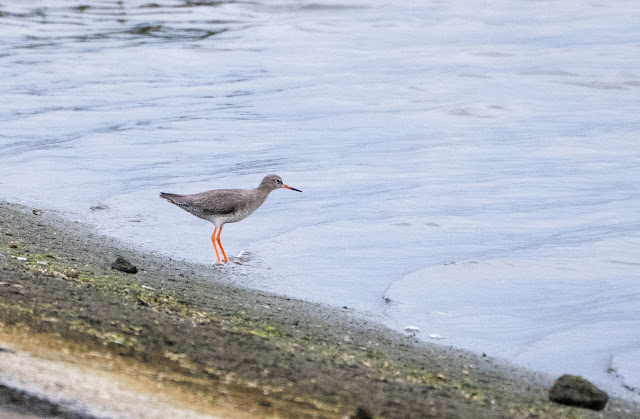 A single Redshank is about norm for October pic @AMP

After a gap of over two weeks since the last record in September, three Common Sandpipers turned up on the 5th with singles on the 19th and 21st. The fox family continued to occupy the Green Sandpiper ramp so the only records were on the 16th & 19th while a Common Redshank was seen on the 15th.

The only noteworthy gull was an adult - which at least makes identification easier - Yellow-legged on the 4th. October is one of the best months for a chance of Short-eared Owl but it is very unusual for one to linger long enough to allow such good photographs as was the case on the 10th. 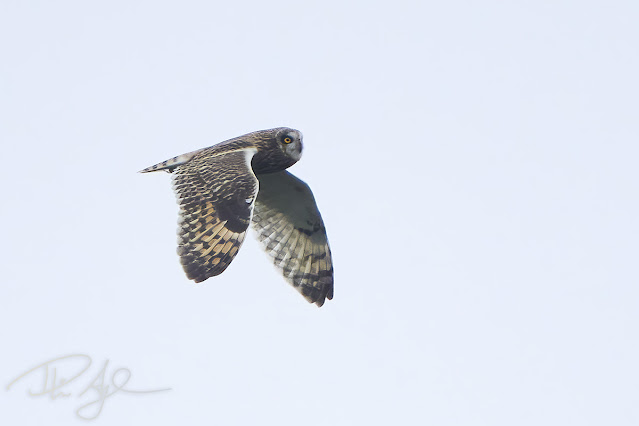 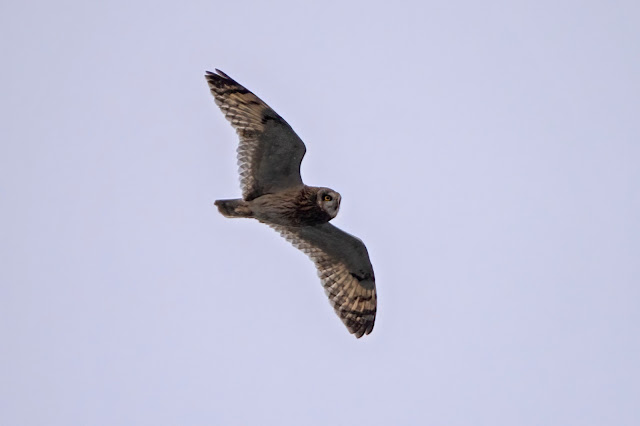 Single Skylarks were seen on the 24th and 28th. House Martins usually remain at the Wetlands into October with 100 still on the 6th, a day earlier than the final big count in 2020  but there was no repeat of last year's late bird which passed through on the 28th. After a worryingly blank month for Swallow, there was one on the 5th with the final two next day. 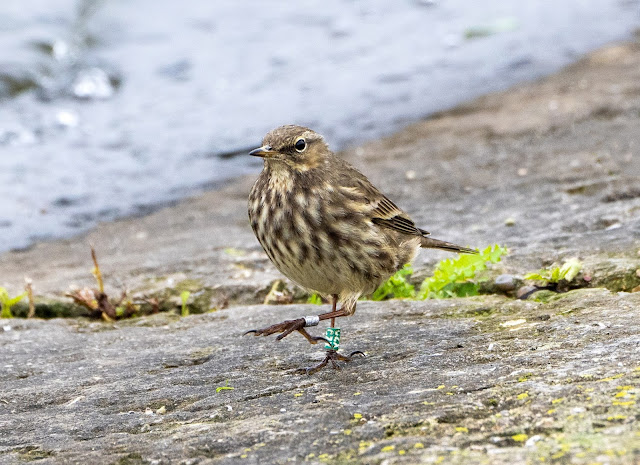 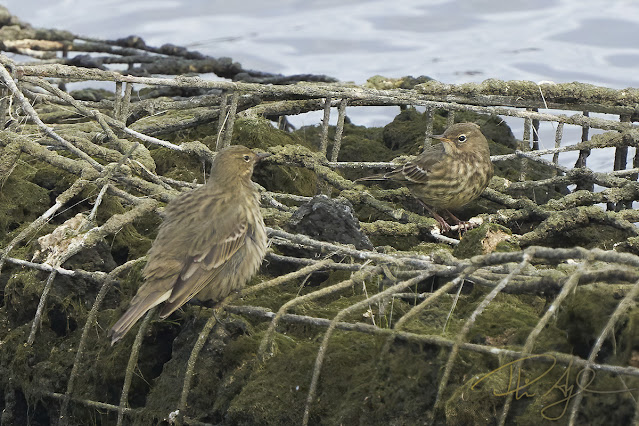 It was a good month again for Rock Pipits with fascinating proof of just how far these birds come. LB found and photographed the first two of the autumn on the 7th with one carrying colour rings. It was quickly discovered that it had been rung back in April as an adult in Brekneholmen on the southern tip of Norway, a journey of 520 miles as the pipit flies. They started a run of records with two again on the 10th and 17th with singles on the 11th, 13th, 15th & 16th.

Stonechat were seen regularly across the month with at least two resident. CF found the second Black Redstart of the year on the 22nd. After single birds on several days at the beginning of the month, the final Wheatear of the year was on the 11th, nine days earlier than last year. 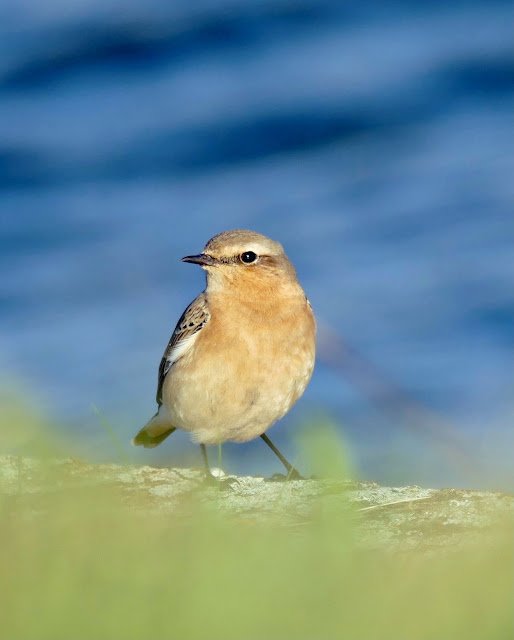 The first Redwing of the winter were two on the 3rd - a week later than in 2020 - but passage was stronger with a peak of 320 over on the 24th. The same day also saw 12 Fieldfare, the first of the autumn.  Two Reed Warblers were seen on the 10th with one rung around the No 1 reedbed and another seen on West Warwick.

There was a good passage of Jackdaw through the month with a peak of  80 on the 25th. They dragged along a Rook with them on the 10th. With no Brambling seen in the Spring, they were finally added to the year list on the 21st when CF had three although there were also two probables on the 4th.

Posted by Walthamstow Birders at 14:04