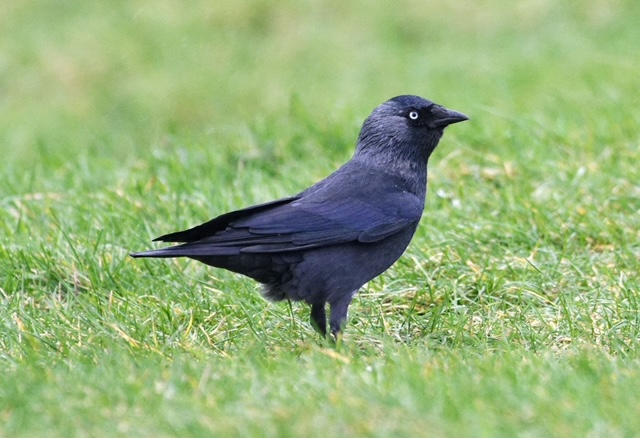 February continued the rather lacklustre start to 2022. It's not a encouraging sign when Jackdaw - even if they are inexplicably uncommon at the Wetlands - is the only photograph of a scarcity for the month. For while February also saw the first Lapwing, Brambling and Barnacle Goose of the year, none stayed long enough to be captured on camera.

There were, however, by mid-month plenty of signs of Spring and better days to come with a Mallard nest with eggs, Chiffchaff in song and Lesser black-backed Gulls back at their colony on East Warwick. Black-headed Gulls also seemed to be returning en masses to their favourite raft until Storm Eunice broke the anchor chain and left it beached on the side.

The four additions take the year list to 77, five behind last year when most of the reservoirs could not be watched because of lockdown restrictions. It is also fewer than in 2020 (81) and a long way short of 2018 (90) but just ahead of the similarly mild 2019 (75) although that month did see Scaup, Avocet and Black-tailed Godwit all recorded. 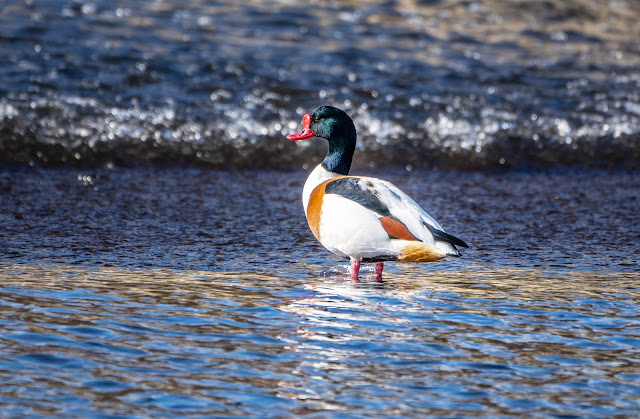 Perhaps the rarest bird of the month - even if almost certainly not heading to Greenland - was the Barnacle Goose seen flying north over Lockwood early on the 24th by LB. Shelduck were slow returning but perhaps five or six could be seen by the end of the month. 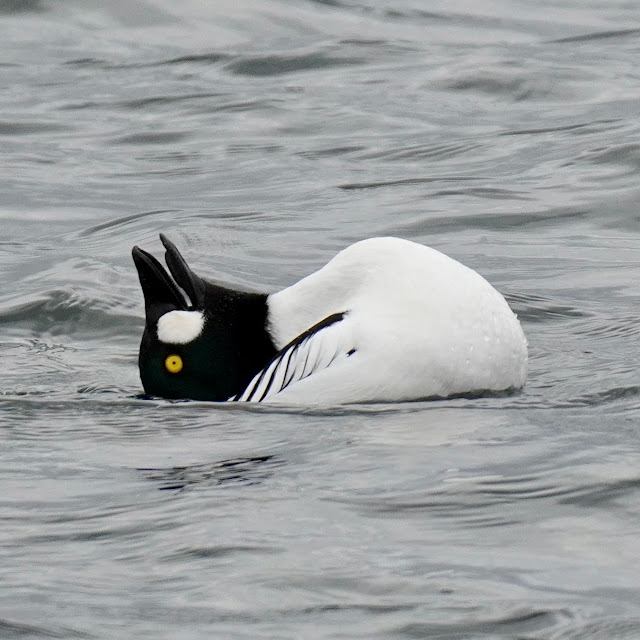 Goldeneye could be seen in full display on Lockwood pic @alex_aspden

The two drake Wigeon just stayed into February with two on the 1st and one still on the 8th. The wintering six Goldeneye remained with a seventh been seen on the 20th. Goosander were seen less regularly than in January with records on at least five dates with a maximum of three on the 8th.

Exceptionally strong winds in the second half of the month probably put paid to hopes of any early wader passage. A Lapwing on Lockwood on the 10th which soon continued north was the only sign of returning birds. The wintering Common Sandpiper could still be found on the largely out-of-bounds No 5 until at least the 20th and Green Sandpiper was on the flood relief on the 1st until water levels became too high.  Three Snipe were put off East Warwick on the 11th when the Wetlands team landed on the island to do maintenance, suggesting they are regular on the largely hidden scrape. 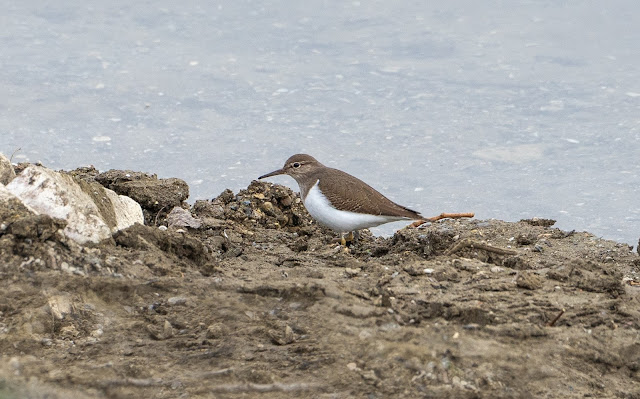 Given that Jackdaws are common to north, west and east, it is a puzzle why they are so scarce at the reservoirs. And while February and March are prime months for passage birds, they usually just pass over so the bird feeding around West Warwick on the 20th was a surprising sight. Kingfishers continued to delight visitors, putting on a regular show on the Coppermill stream around the tower at the south end and from the bridge near the Engine House.

Blackcap was recorded on the first and last days of the month when it was heard in sub-song while Chiffchaff, whose numbers increased as the month went on, could also be heard on occasions practicing for Spring. Small numbers of Meadow Pipits  and the odd Fieldfare and Redwing were recorded while a pair of Stonechat were also regular. 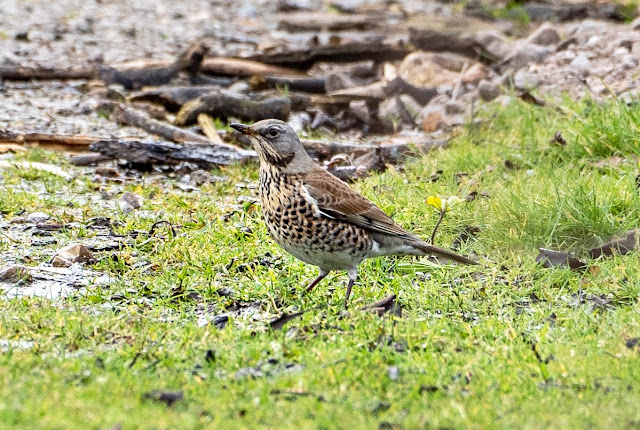 It has been an exceptional winter for wintering Brambling in the south-east but it looked as if the Wetlands was going to miss out until a male was seen - again briefly - on the 10th. The flock of Linnets feeding in the wild flower meadow dropped from a peak of 35 to around 20 by the end of the month.

Posted by Walthamstow Birders at 17:06