After waking up late and seeing the drizzle, i had decided to stay in. Five minutes into this decision David Callahan messaged our twitter group saying he had a brambling on the patch.

Brambling have been very hard to see on the patch for me, in fact the closest I've been to the have been a couple of fly-overs just outside the patch boundaries.

Waterproofs on and stupid wax fisherman's hat (which i later left on the bus), I scanned No 4 for a 2nd winter yellow leg that David had also mentioned but no sign. I did however see the brambling. after getting to the general area (the paddock below/besides numbers 4 and 5 res'), a bird with a white rump flew away from me and over the relief channel, two mins later i heard brambling , and then it was in the closest tree to me. Showed pretty well for a couple of minutes then was gone.

It didn't stop raining the whole time i was out. 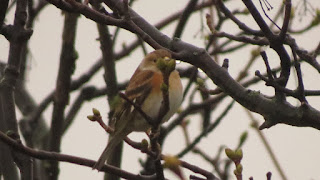 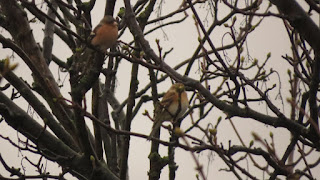 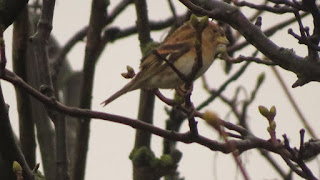 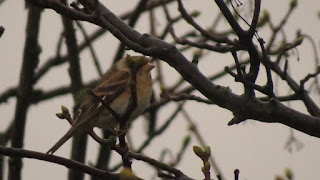 This female kingfisher was near the outflow on number 3 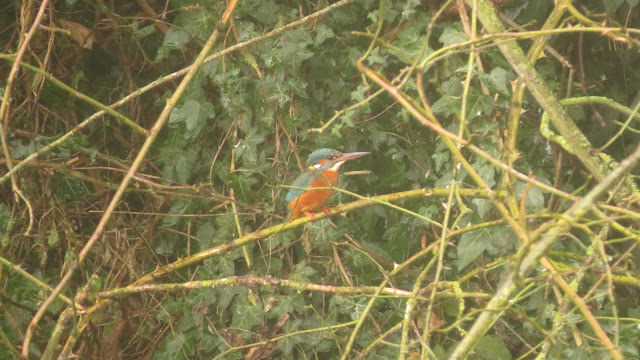 A water rail was by the edge of number 2 from the central path, and the Drake Scaup was on the Lockwood 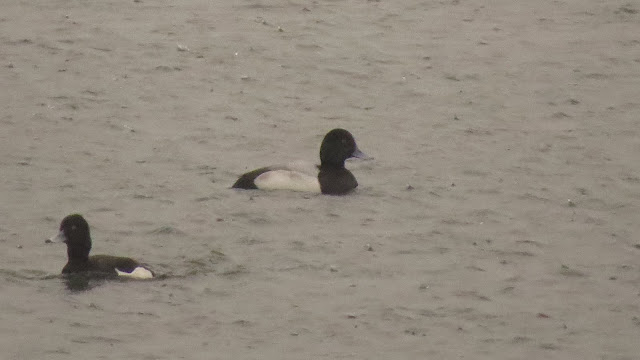 @jarpartridge
Posted by Walthamstow Birders at 15:58