I have been sick as a dog of late (I feel your love, thanks) and incredibly busy so the last thing I wanted to hear was that there was a Brambling on the patch, worse still that it was a lingerer, even worse still every patch local and his (healthy) dog was seeing it. Happy for you guys, really.

By Wednesday I had figured out a cunning scheme, I have to read, and presumably absorb, some dire 90 page training document for work by the end of the week…”this really needs peace and quiet”, I said to the boss, “such as can only be found by working from home”. By 13:00 I was on the reservoirs (If you’re reading this boss, it will be done) and stomping in the direction of the erstwhile Brambling. Ahead of me I could see what looked like a birder, I stomped more quickly, I didn’t want him flushing the darn thing just before I got there! 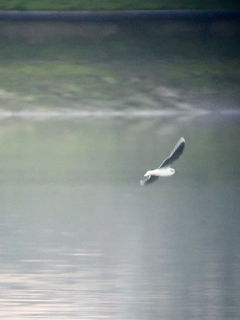 I was momentarily stopped in my tracks by a candidate 1st winter Yellow-legged Gull which promptly did the off as I erected my tripod. The mystery birder ahead of me had stopped and seemed to be texting or some such so I slowed down again, as I did an elegant Tern-like Gull came flying directly towards me, dipping to the surface a few times, it looked small, it looked interesting, my thoughts turned to the recent Bonaparte’s Gulls in Berkshire and Hertfordshire, it got within 30m and banked revealing a dark charcoal underwing…LITTLE GULL, a stonking adult in winter plumage no less. 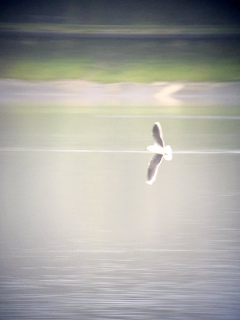 There then followed the normal headless chicken procedure of juggling phone, glasses, telescope, tripod etc. by which time it was cruising the far side of No.4. I did manage to get some record shots but it was constantly on the move and the light really was dreadful. By now the mystery birder turned round revealing himself to be Garrry J, I pointed to the Gull but he had already seen it. A quick tweet and the twitch was on, some locals getting their second patch tick of the week. 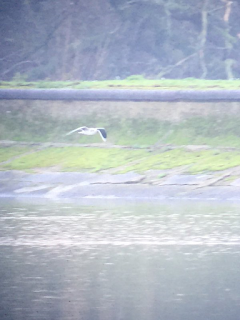 Sadly 2015 was a blank year on the patch for Little Gull (and Brambling), which up until that point had both been of annual occurrence, so it’s ironic that both should turn up in quick succession so soon into the new year. So often Little Gulls are just fly throughs here, though the last I saw, in 2014 stayed for a morning and my previous sighting in 2010 stayed at least 8 days. My records are all of singles, apart from an astonishing 50 together, mostly 1st winters but with a few 2nd winter and adults, on the Banbury in 1989 (the flock also held a Black Tern, 4 Sandwich Terns and a Sabine’s Gull, a day to remember for sure). 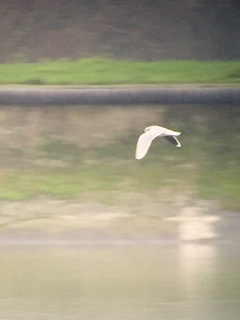 I chatted with Garry whilst we looked for the now seemingly ex-Brambling amongst just a dozen or so Chaffinches and he informed me he had just seen a Green Sandpiper fly along the overflow channel, so that puts us on a cumulative total for the patch of 78 for the year, I suspect that is some sort of record. Apart from Wigeon and Caspian Gull that is virtually everything seen that was around at the end of December, with a change in the weather promised for next week we could be in for some cold weather movement. Keep ‘em peeled! 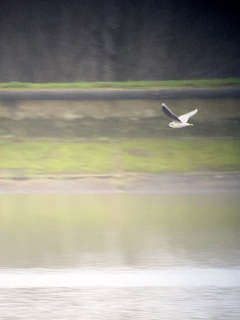 @birdingprof
Posted by Walthamstow Birders at 16:34